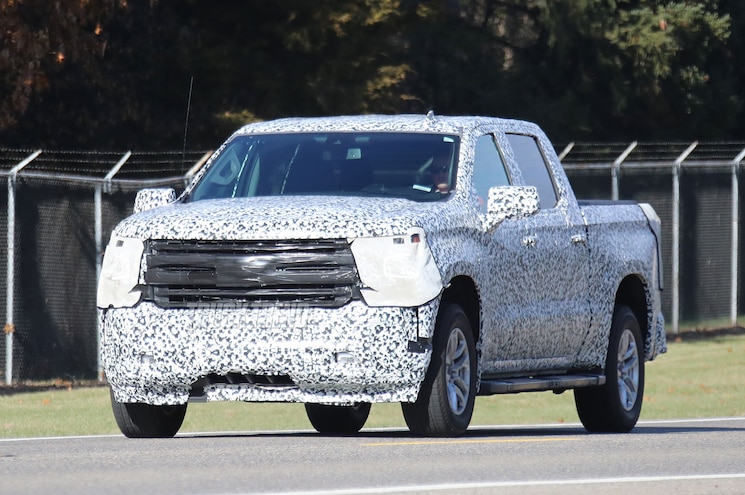 The all-new 2019 Chevrolet Silverado 1500, which should be revealed next month at the 2018 North American International Auto Show, is trading most of its cabin sheetmetal for aluminum in a bid to save weight and improve efficiency (though the steel bed remains). Along with that significant change will come new styling, which appears similar to the current Silvy until you get close. That’s exactly what one spy photographer did last week. 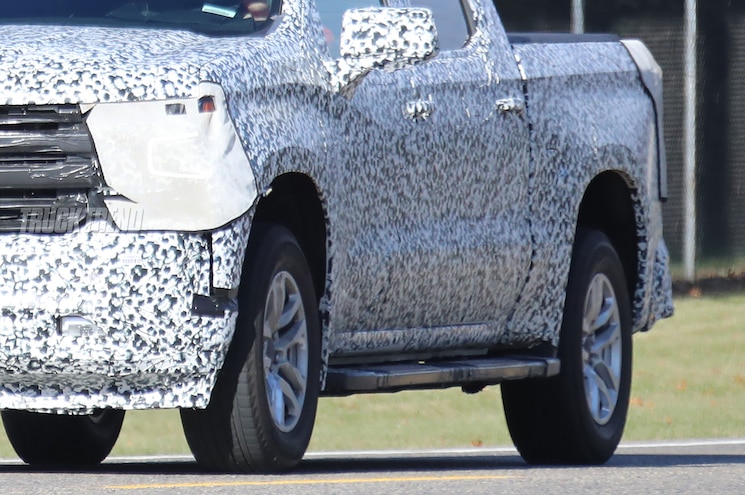 View Photo Gallery | 15 Photos
Photo 2/15   |   2019 Chevrolet Silverado 1500 Spied Exterior Side Sculpting 01
Although the 2019 Silverado will retain its bold, bluff front end, there’s a distinctive character line that forms just aft of the headlights and sweeps through the fender before dissipating on the front door. This arc is reminiscent to what we’ve seen on some of Chevrolet’s cars and crossovers, namely the Equinox and Traverse. In about the same place where that bodyside surfacing disappears, another crease shows up below the beltline, growing more prominent as it wraps around the backside of the truck. 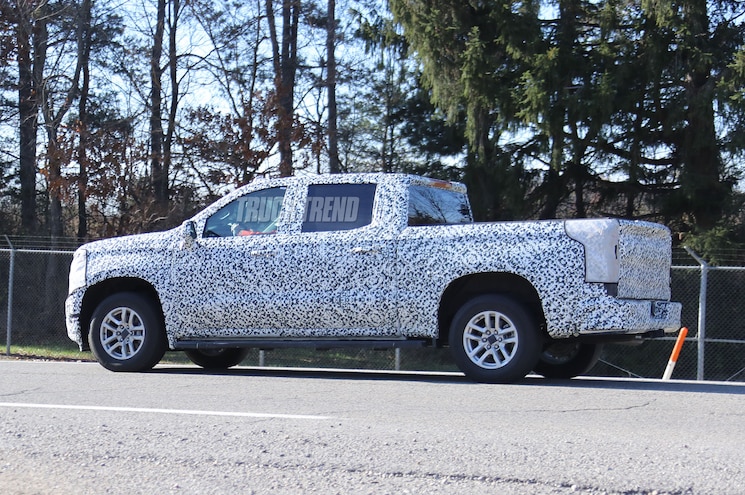 View Photo Gallery | 15 Photos
Photo 3/15   |   2019 Chevrolet Silverado 1500 Spied Exterior Side Rear Quarter
Furthermore, the Silverado looks like it will do away with squared-off wheel arches, a styling feature that has been a hallmark of GM truck design since at least 1973. The rounded fender openings contradict what we’ve seen on Chevy prototypes in the past, which sported unusual, but still square, angled wheel arches. To be completely honest, we’re sad to see the blocky wheel openings go. 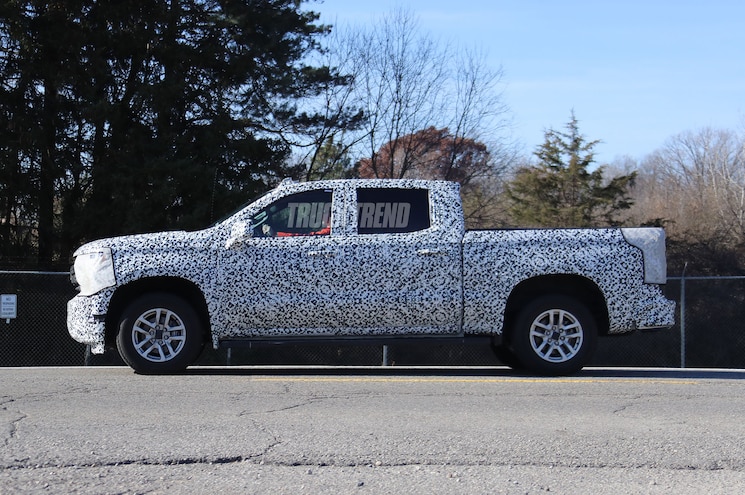 View Photo Gallery | 15 Photos
Photo 4/15   |   2019 Chevrolet Silverado 1500 Spied Exterior Side Profile
Peeking closely through the headlight camouflage, we see a modern lighting unit with a C-shaped LED accent. Mounted low on the bumper is a pair of foglights—probably fired by LEDs—and the grille might again be separated into two sections, retaining a styling feature found on most modern Chevy pickups. The front-end graphic is reminiscent of the current Chevrolet Suburban, modernized just a bit. 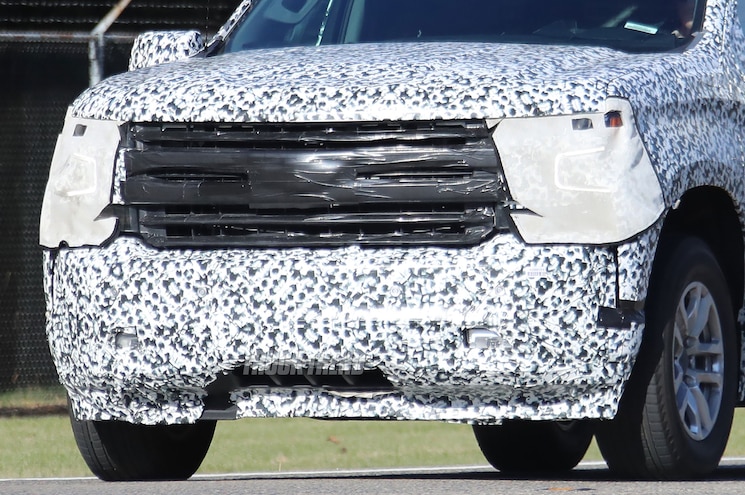 View Photo Gallery | 15 Photos
Photo 5/15   |   2019 Chevrolet Silverado 1500 Spied Exterior Front End Closeup
Speaking of the Silverado’s platform-mates, will the GMC Sierra adopt this truck’s more carlike styling? We would be surprised, since the bodyside surfacing looks fairly Chevrolet-specific. We’d bet the 2019 Sierra 1500 will use bespoke sheetmetal from the B-pillar forward, keeping that truck unique from the Silverado. When the new Chevy Tahoe/Suburban and GMC Yukon/Yukon XL debut, expect similar distinctions to be made between the SUV families.
While we’re not certain how we feel about the Silverado’s somewhat carlike new styling, we’ll withhold final judgment till we see one in the flesh. We expect to see it in Detroit next month at the auto show, which promises to be very truck-heavy indeed.
Source: SpiedBilde 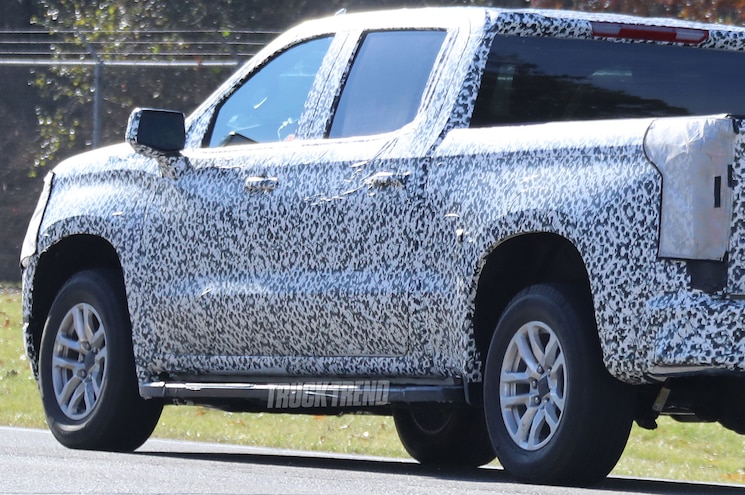