Replacement for ML-Based GLE on Its Way Soon 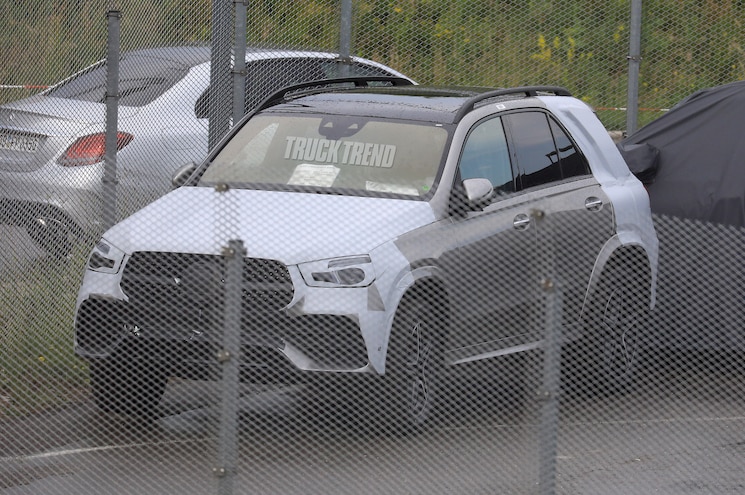 Mercedes-Benz, keen to modernize its lineup of utility, was caught testing a nearly undisguised midsize SUV, likely the next-generation GLE-Class. Due for the 2019 model year, this vehicle will replace the outgoing GLE, itself a renamed, refreshed Mercedes-Benz ML.
That generation of ML/GLE has been around since the 2012 model year, and facing competition from the 2019 BMW X5 and 2020 Lincoln Aviator, the GLE needed an update. Featuring much smoother bodywork, the 2019 model spotted here fits in much better with Benz’s modern design language. Fuselage-shaped bodysides replace the outgoing model’s sharp sculpting, and thin, arrow-shaped taillights look like they were plucked directly from the S-Class Coupe. 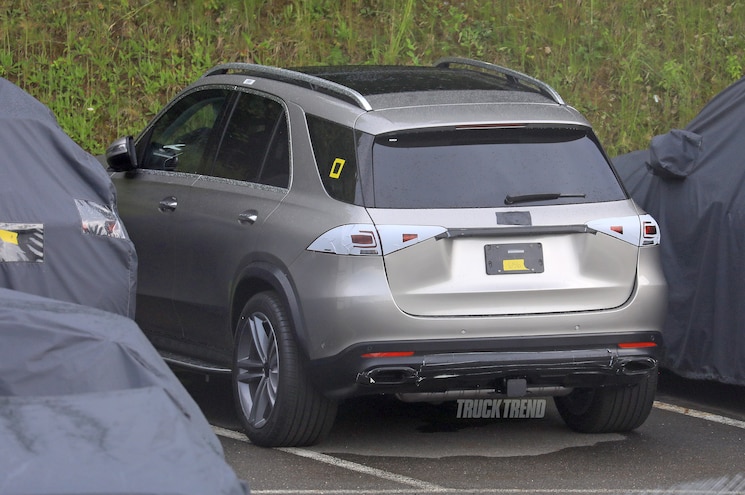 View Photo Gallery | 9 Photos
Photo 2/9   |   2020 Mercedes Benz Gle Rear Quarter 01
Up front, there’s a two-section grille with a centrally mounted Mercedes-Benz star (a signature of all Benz SUVs), and the front bumper gets at least three massive air inlets, leading us to believe this example might be an AMG variant. Around the back, the new SUV keeps its predecessors’ signature wraparound rear window treatment, a styling feature that has been around since the very first ML in 1998. 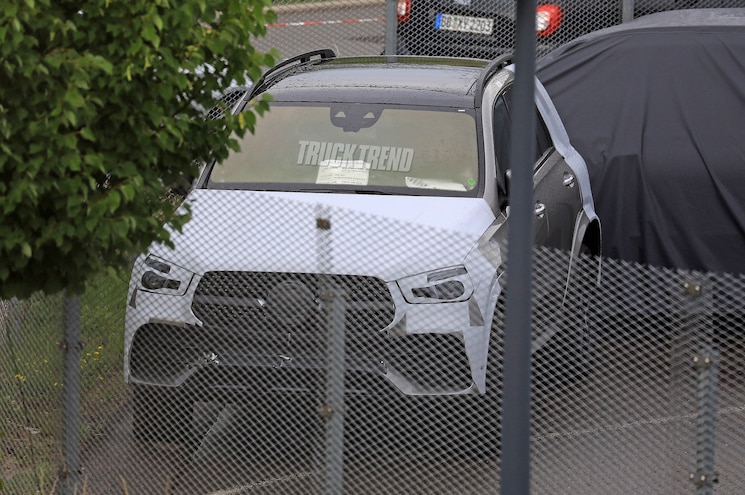 View Photo Gallery | 9 Photos
Photo 3/9   |   2020 Mercedes Benz Gle Front Quarter 01
According to our sources, those exterior changes have smoothed out the aerodynamics, with the new GLE’s drag coefficient dropping from 0.32 to 0.30. We expect Mercedes-Benz to offer the GLE with a wholly refreshed lineup of engines, ranging from a 241hp 2.0L I-4 in the base GLE 300 to a 4.0L twin-turbocharged V-8 with at least 510 hp in the Mercedes-AMG GLE 63. In between, expect a 3.0L I-6 with a turbocharger and electric supercharger to make an appearance in the new-for-2019 Mercedes-AMG GLE 53, offering a useful 429 hp. Furthermore, don’t be surprised if the 2.0L I-4 ends up with a plug-in hybrid powertrain, offering electric-only commuting and improved fuel economy on the highway.
The 2019 Mercedes-Benz GLE will likely be revealed by the end of the summer, making its U.S. debut at the Los Angeles Auto Show in November—if not before. Expect a coupelike fastback variant not much later.
Source: SpiedBilde 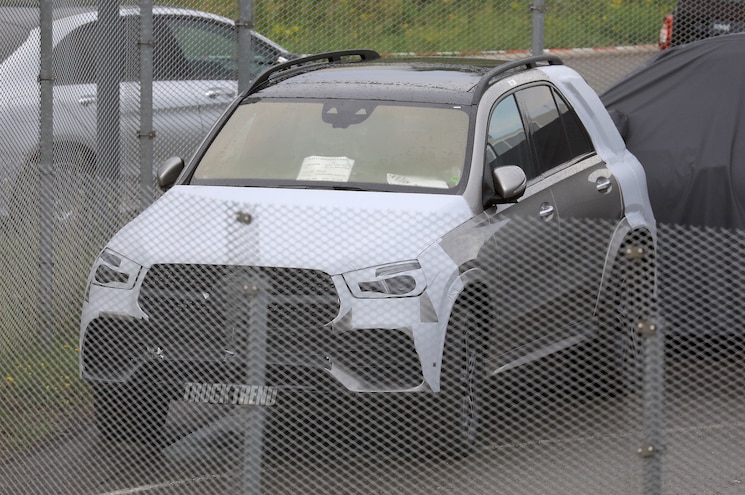