Loads of Trucks, Nothing New 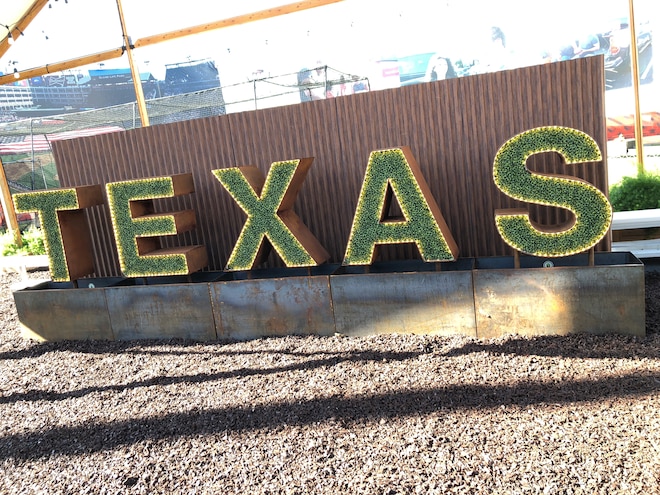 When people think of a state fair the first things that come to mind are likely amazing fried foods, sketchy rides, and cheap hot tubs. However, when talking about the State Fair of Texas high on the list of must-sees is its auto show, which is the largest of its kind and longest running in the state of Texas. This auto show has been gradually gaining importance on the auto show circuit as a whole and is becoming the go-to source of new pickup news.
Ramping up over the past five years, we’ve seen such large announcements as Ford’s all-new 2017 Super Duty, Ram’s incredible Rebel TRX concept, and nearly every special edition pickup. Maybe we got a bit spoiled because while the 2018 State Fair of Texas brought a decent amount of news for the truck and SUV world, none of it was breaking and in fact there was nothing we hadn’t already head about.
Ram kicked off the Media Day round of automotive speed dating by showing off the new 2019 Ram 1500 Rebel 12, the 2018 Ram 2500 Power Wagon Mojave Sand edition, and the 2018 Ram 2500/3500 Rodeo Edition. Next, we cruised over to Chevrolet who showed the 2019 Colorado ZR2 Bison in person for the first time. Chevy also talked about their Truck Legends program, the upcoming 2019 Silverado medium-duty 4500/5500/6500, and chatted about four custom 2019 Silverado pickups equipped with Chevrolet Performance parts that they plan to unveil at SEMA.
After Chevrolet it was Ford’s turn with the media’s attention. They pulled the sheets of a hot foursome of special edition SUVs, two 2019 Explorers and two 2019 Expeditions. Explorer receives Limited Luxury and Desert Copper editions, while Expedition will be available in both Texas and Stealth editions. Kia and Chrysler took the stage next, however they had nothing of any interest to us.
Moving on, Toyota was next and unveiled a pair of special editions aimed at their base model pickups, and a new blacked out premium 4Runner. The 2019 Tacoma SR and Tundra SR5 receive the new SX package, while 4Runner Limited gets a blacked-out Nightshade special edition. Rounding out the day with a rockin’ live performance by one of Fender’s top recording artists to usher in the new available Fender audio system in the 2019 Titan and Titan XD. Titan and Titan XD also receive an update infotainment system and additional USB ports for 2019, while the Cummins diesel equipped XD gets an upsized diesel exhaust fluid (DEF) tank.
Nissan was next up on the docket, having announced a long-awaited update to the Titan and Titan XD's electronics package. Now available with Apple CarPlay and Android Auto, the 2019 Titan lineup also offers premium Fender audio, as well as Rear Door Alert on King Cab and crew cab models.
While we came to Texas hoping for some sort of large announcement or juicy gossip, what we left with didn’t disappoint. We’ll be back next year, even if just to see Big Tex.