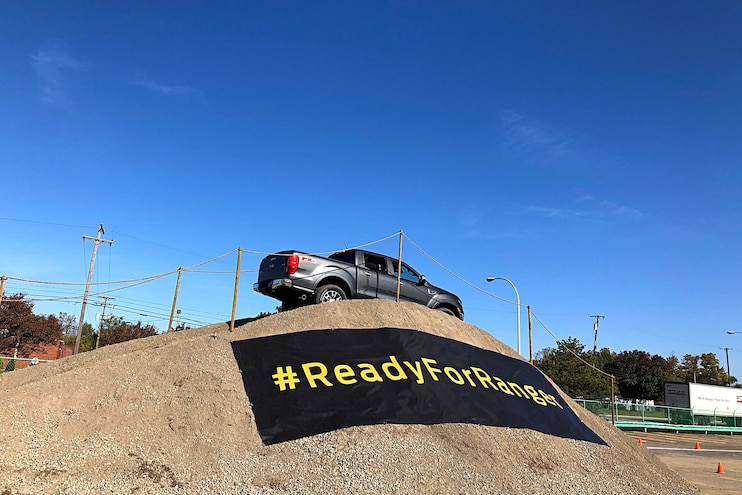 Today we celebrate the return of a legend—the Ford Ranger. Ranger had a long and storied run, with the first truck being produced for the 1983 model year and running for an impressive 28 years and six generations. The final Ranger rolled off the assembly line at the Twin Cities Assembly plant on December 22, 2011. Many factors led to Ranger’s demise. It was too inefficient, too small, and too costly to upgrade to meet crash standards. Waning demand (at peak Ford was selling more than 300,000 Rangers a year) and Ford preferring to drive customer sales to F-150s were also notable factors, among other reasons. 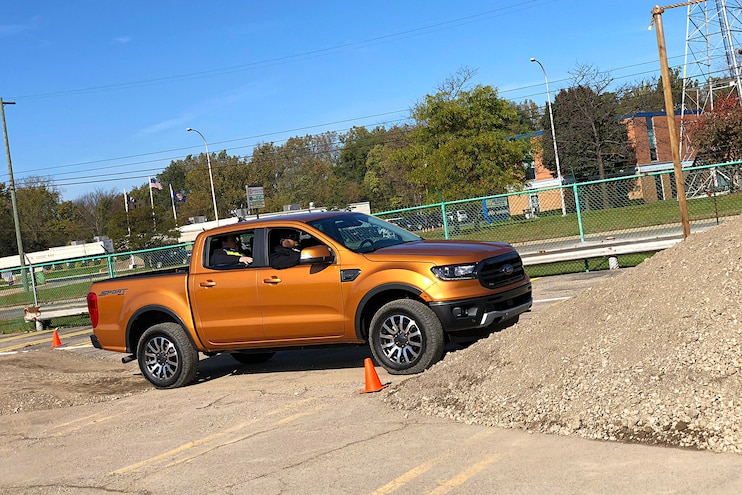 View Photo Gallery | 81 Photos
Photo 2/81   |   2019 Ford Ranger Michigan Assembly Plant Celebration
Fast-forward a few years to 2015. Discussions between Ford and the United Auto Workers (UAW) union about the future of the Michigan Assembly Plant, located in Wayne, revealed two new vehicles were to be produced at the facility—a midsize pickup and midsize SUV. In January of 2017, at the North American International Auto Show in Detroit, Ford confirmed their worst kept secret—Ranger would be returning to North America for 2019 and would be built at the company’s Michigan Assembly Plant.
Michigan Assembly Plant (MAP) is a sprawling 369-acre facility located 30 miles south of metro Detroit. Opened in 1957, MAP began its storied life building Ford station wagons. Beginning in 1966 the plant produced 30 years and many generations of Bronco before transitioning over to Expedition and Navigator from 1996 until 2008. After the SUVs moved out, the plant produced small cars including Focus and C-Max until early 2018 when production was ended to gear up for Ranger, and in 2020 the return of Bronco. 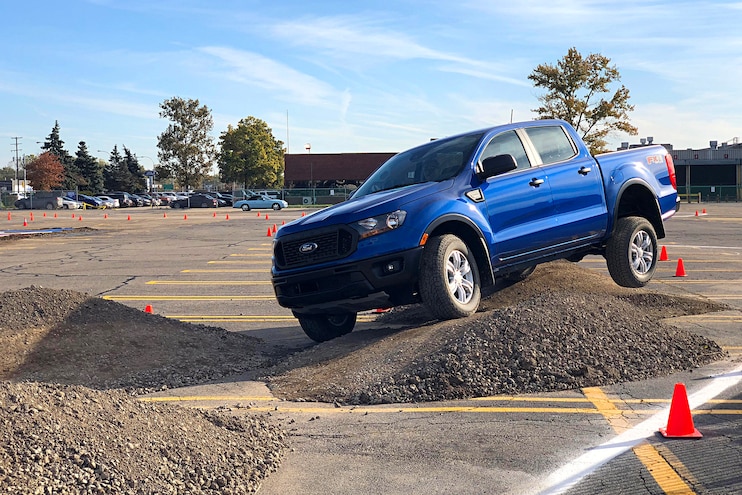 View Photo Gallery | 81 Photos
Photo 3/81   |   2019 Ford Ranger
To celebrate the official start of 2019 Ranger production, Ford invited the plant’s 3,000 employees, distinguished guests (including the mayor of Wayne and top UAW representatives), Ford top brass (CEO Jim Hackett was in attendance), and select media to join in a morning celebrating the hardworking men and women of MAP and be among the first to ride in the all-new Ranger. The full trim walk of Ranger was on display, with both extended and crew cab configurations, two- and four-wheel drive, and XL, XLT, STX, and Lariat trims. There were also both Sport and FX4 packages on display. For 2019 Ranger will be offered with one engine (2.3L EcoBoost) and one transmission (10-speed automatic). 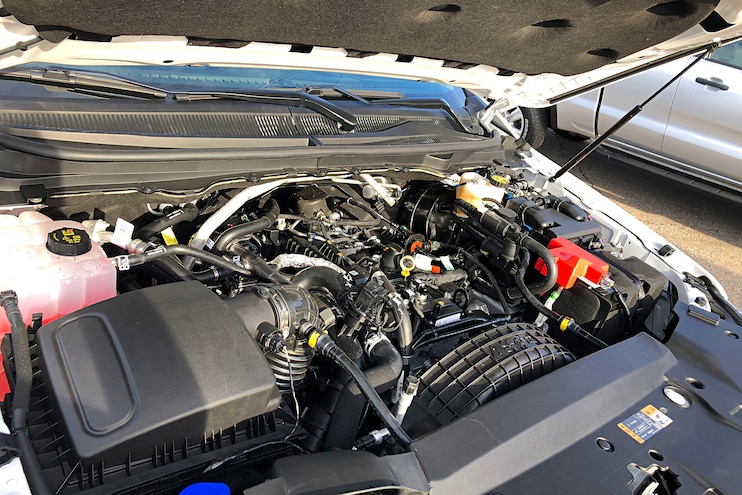 View Photo Gallery | 81 Photos
Photo 4/81   |   2019 Ford Ranger Engine
Our first ride in the 2019 Ranger lasted approximately two minutes and took us around an off-road course constructed on a parking lot at the assembly plant. The driver demonstrated the company’s new Trail Control system along with Ranger’s electronic locking rear differential. The suspension was articulated, a hill was climbed, and we rode the side of a 20-degree embankment. While we weren’t able to glean too much from such a short experience, we can say that both the front and rear seats are comfortable, with plenty of legroom in the rear of the crew cab model. Headroom is ample as well. The engine feels like it has plenty of power, as it should from its best-in-class 310 lb-ft of torque. Trail Control is neat, but nothing we haven’t seen before, and the electronically locking differential is certainly welcome. Watching the truck flex it’s clear Ranger has an incredibly rigid frame and loads of suspension travel/articulation. From this it’s fair to assume highway ride and handling will be superb as well. The short time in the truck was just enough to get us excited to finally drive Ranger in December. Stay tuned for a full review then.
With production ramping up now, expect to see the new 2019 Ranger on dealer lots soon.