Is Jeep Working Up a Raptor-Rivaling Gladiator “Hercules” Off-Roader?

High-Speed Baja Warrior Might Come with a Hemi V-8 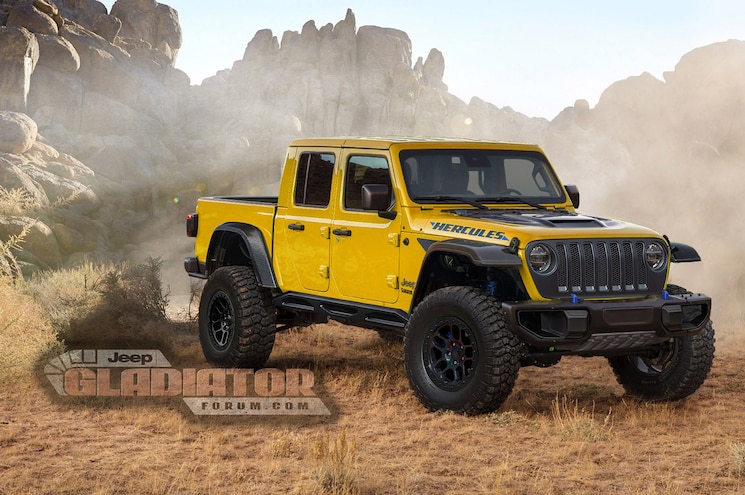 According to insiders speaking to the Jeep Gladiator Forum, Jeep is working on a high-performance variant of the recently revealed 2020 Gladiator pickup, reportedly called “Hercules.” The Jeep Hercules would likely feature a long-travel suspension, increased track width, and potentially a higher-performance powertrain, giving Jeep a rival to the larger Ford F-150 Raptor and similarly sized Chevrolet Colorado ZR2. 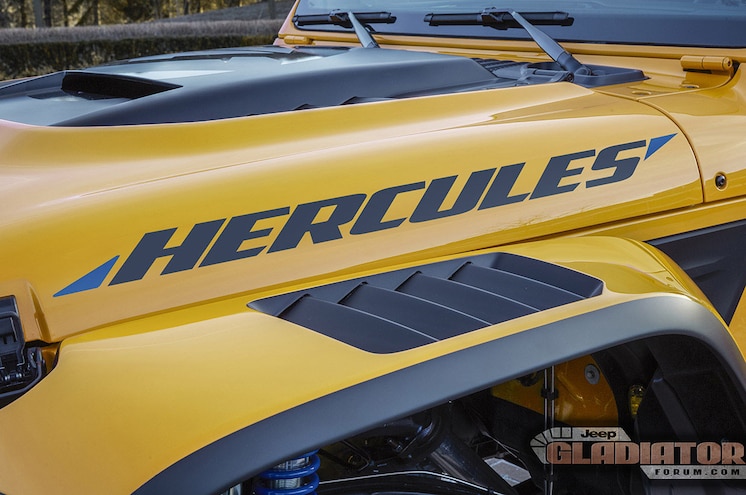 View Photo Gallery | 6 Photos
Photo 2/6   |   2021 Jeep Gladiator Hercules Forum Rendering Fender Vents 01
According to the Jeep Gladiator Forum, which created the “Hercules” renderings seen here, one of the sources of the rumor is Mark Allen, the head of Jeep’s design team. In an interview given at the 2018 Los Angeles Auto Show (where the Gladiator was officially revealed), Allen alluded to a high-speed off-road Jeep for the future. 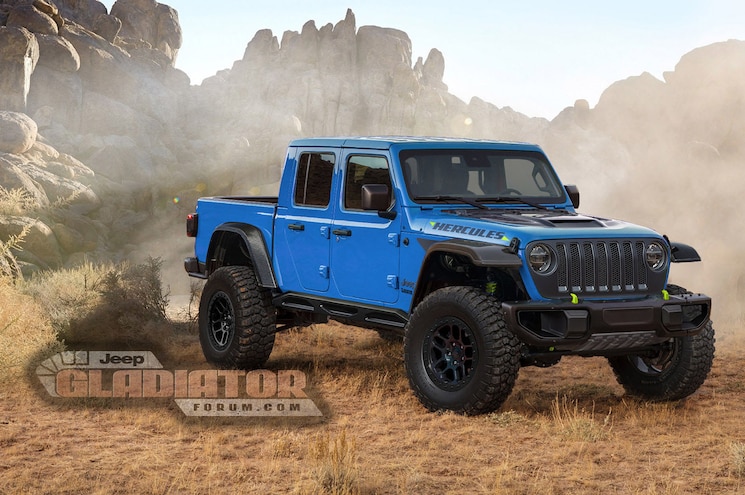 View Photo Gallery | 6 Photos
Photo 3/6   |   2021 Jeep Gladiator Hercules Forum Rendering 02 Blue
It makes the most sense for Jeep to base such a vehicle off of the Gladiator’s platform. The pickup boasts the longest wheelbase of any current Jeep, portending improved stability when traversing the desert at high speed. The Gladiator Hercules would also be a money-printing machine for Jeep, given that the truck platform shares much with the likely cheaper Jeep Wrangler JL. It’s likely that modifying the Gladiator with a long-travel suspension and revised geometry would be a relatively insignificant investment compared to how much people might be willing to pay for the truck. 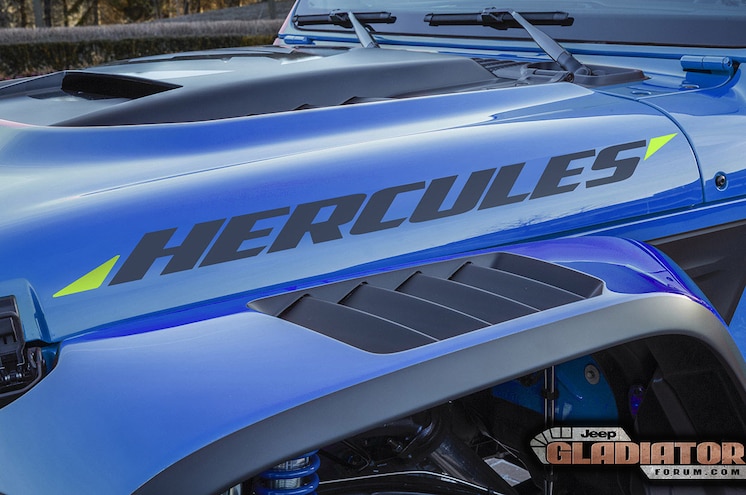 View Photo Gallery | 6 Photos
Photo 4/6   |   2021 Jeep Gladiator Hercules Forum Rendering Fender Vents 02
The Hercules would also be a perfect entrée for Jeep to put a Hemi V-8 under the hood of a Wrangler derivative. Aftermarket conversions have proved it’s possible to slot the 5.7L, 6.4L, and even the Hellcat supercharged 6.2L V-8 into a Wrangler, and what better machine than a high-speed off-roader to sport a 390hp (or more) V-8? 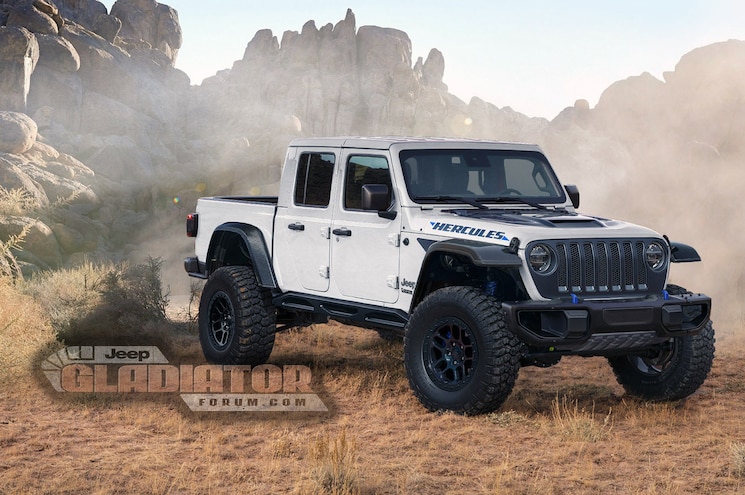 View Photo Gallery | 6 Photos
Photo 5/6   |   2021 Jeep Gladiator Hercules Forum Rendering 03 White
Jeep is on an aggressive march toward modernizing its lineup, with the all-new Wagoneer and Grand Wagoneer fullsize SUVs due in a couple years, as well as a redesign for the Grand Cherokee coming soon. Given those priorities, we predict we’ll see a Gladiator Hercules no earlier than the 2021 model year, around the same time early demand for the regular pickup will start to wane. And as much as we love the regular Gladiator, we frankly can’t wait to learn if these “Hercules” rumors prove true.
Source: Jeep Gladiator Forum 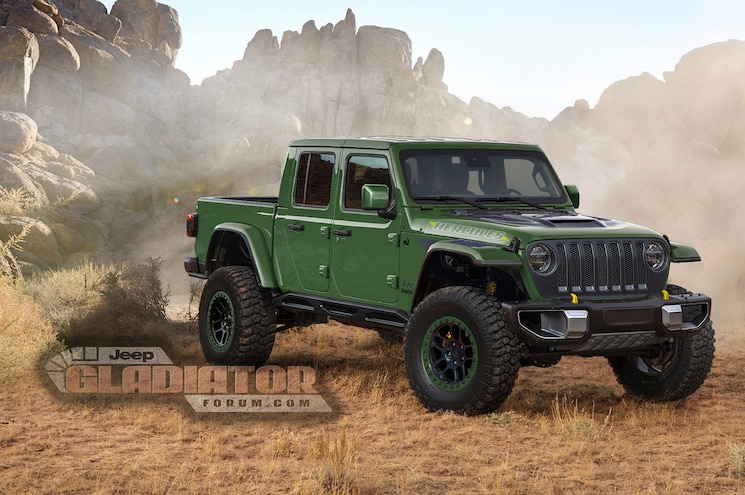