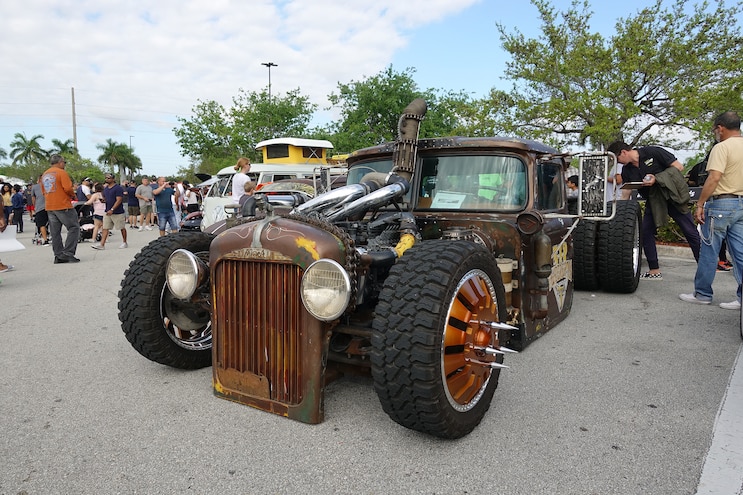 If your obsession with cars began as a child, then chances are you had a sizeable collection of Hot Wheels scattered throughout your room. It’s no secret the Hot Wheels brand is a global icon and in case you weren’t aware, the infatuation with these highly-detailed, micro-sized dream cars has only gained momentum over the years.
Last year, the brand celebrated its 50th anniversary by creating the first annual Hot Wheels Legends Tour. This year, we’re tagging along with the tour and we kicked things off in Miami, Florida, with our sights set on 17 other cities across the country. 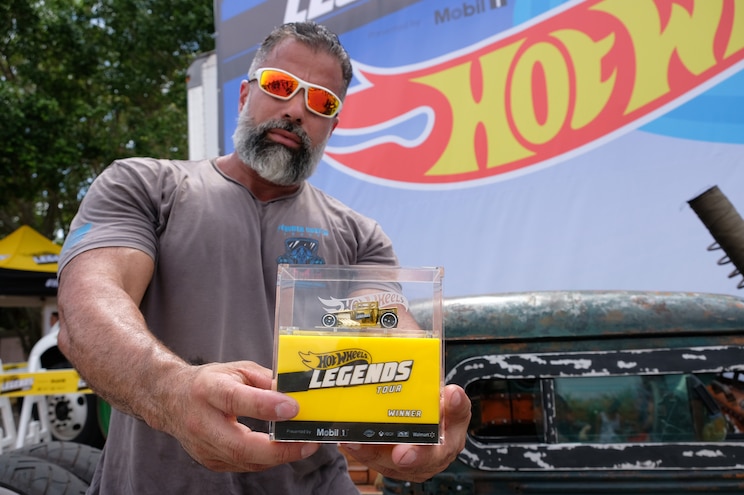 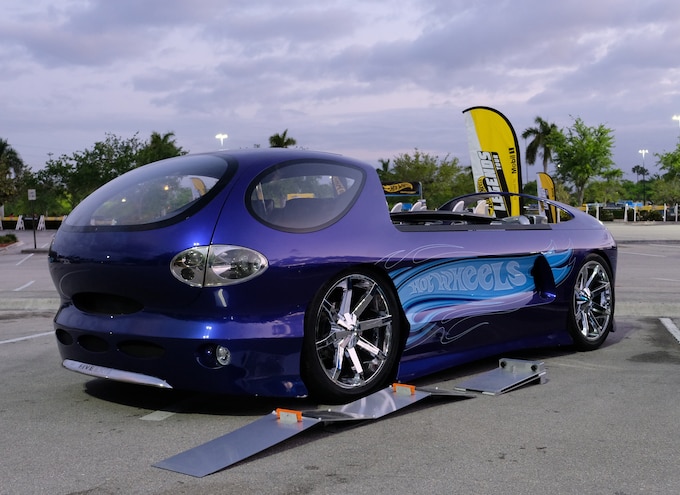 View Photo Gallery | 35 Photos
Photo 3/35   |   Hwmia Van
Hot Wheels fans and car enthusiasts from Miami and surrounding regions swarmed the Pembroke Pines Walmart parking lot for the first stop of the tour. Historic life-sized Hot Wheels cars were on display for everyone to enjoy, kids were treated to various games, a pit stop challenge took place, and the Hot Wheels vending truck was on deck giving attendees a chance to score some precious metal in the way of some of the icon’s exclusive collectibles. 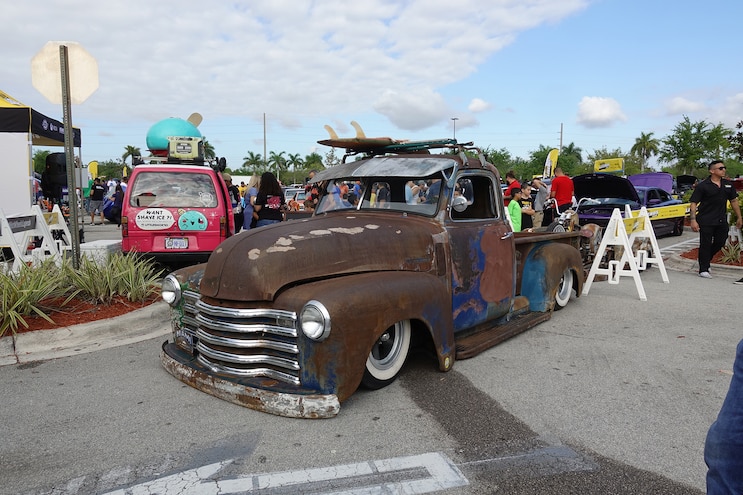 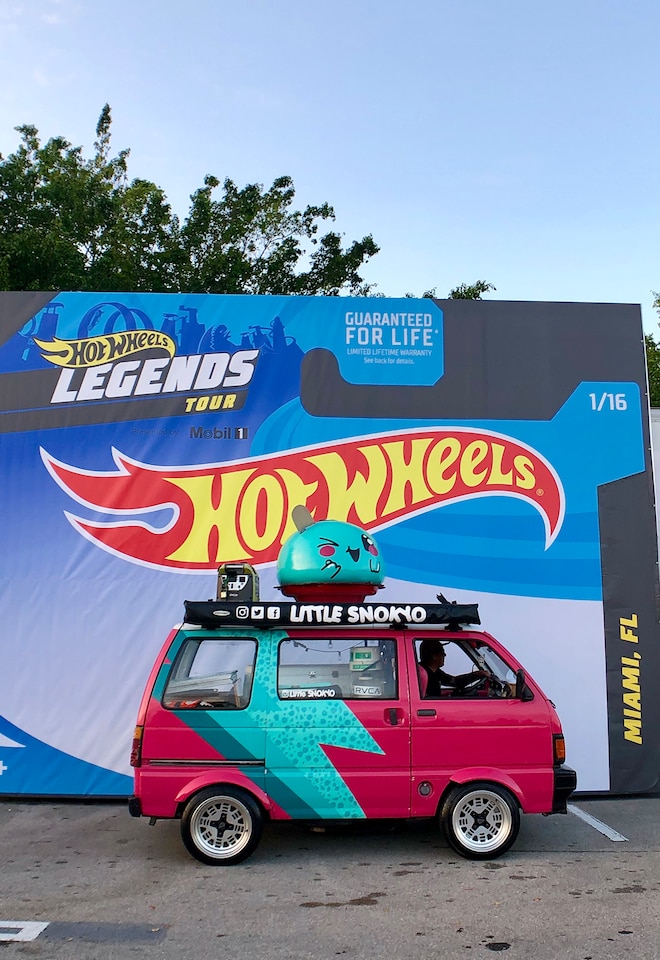 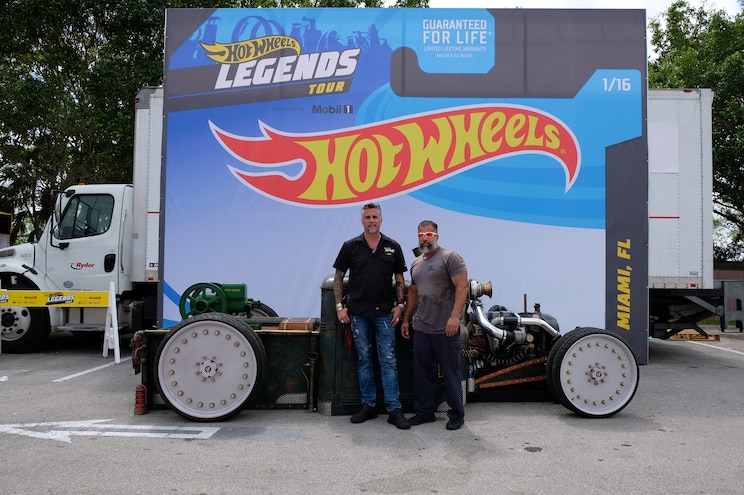 View Photo Gallery | 35 Photos
Photo 9/35   |   Hwmia Winner Richard
The beautiful Miami weather and an enthusiastic crowd proved to be the perfect backdrop to the big announcement everyone had been waiting for. With just one winning vehicle selected from each stop of the tour, the very first of 2019 would be Jose Lugo’s 1947 Willys Jeep.
One finalist from each stop will join Hot Wheels at SEMA 2019 in Las Vegas – there, one lucky winner will have their custom vehicle transformed into an official Hot Wheels die-cast. For upcoming tour stops and general information about the Hot Wheels Legends Tour, visit hotwheels.mattel.com. 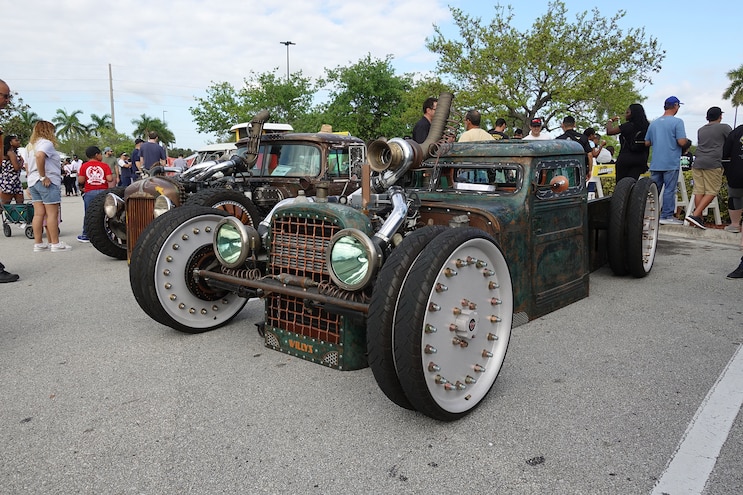 - OF
By Ceso Bagay
1 Articles