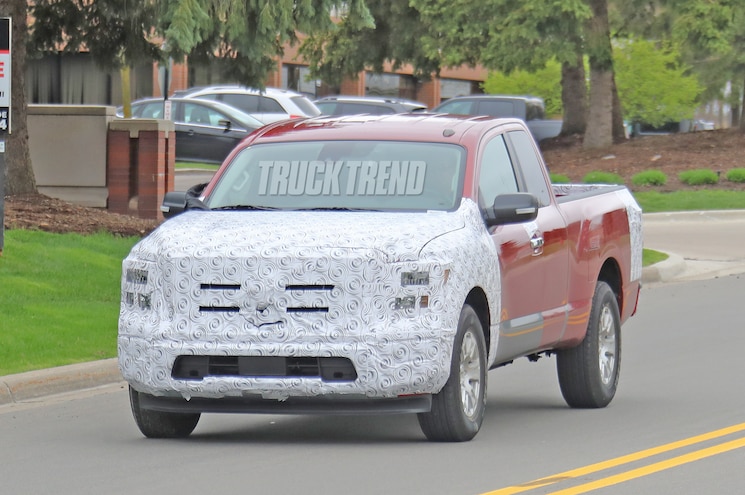 It's no secret we're fans of the Nissan Titan, as we've logged thousands of miles in various examples of the fullsize truck family since it was reintroduced in 2016. 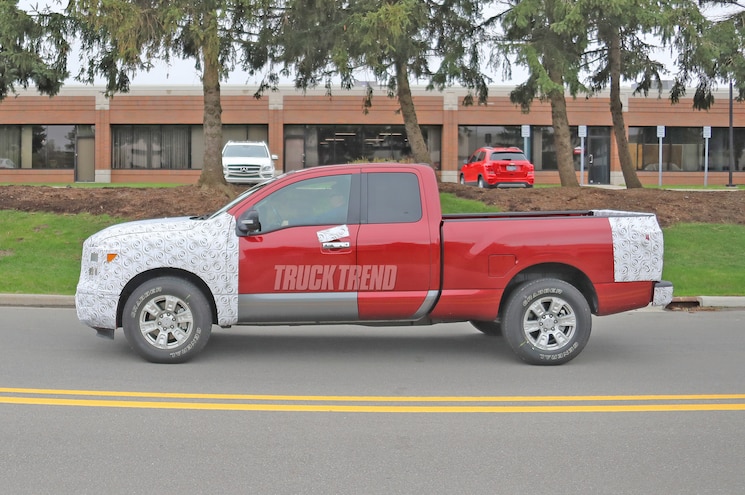 View Photo Gallery | 20 Photos
Photo 2/20   |   2020 Nissan Titan Spied Side Profile
However, even when it was brand new, the Titan and Titan XD were lagging behind their competitors in a few key ways. Foremost, the Titan wasn't available with luxury features such as a sunroof, conveniences like adaptive cruise control, and safety features like forward collision monitoring and automated emergency braking. 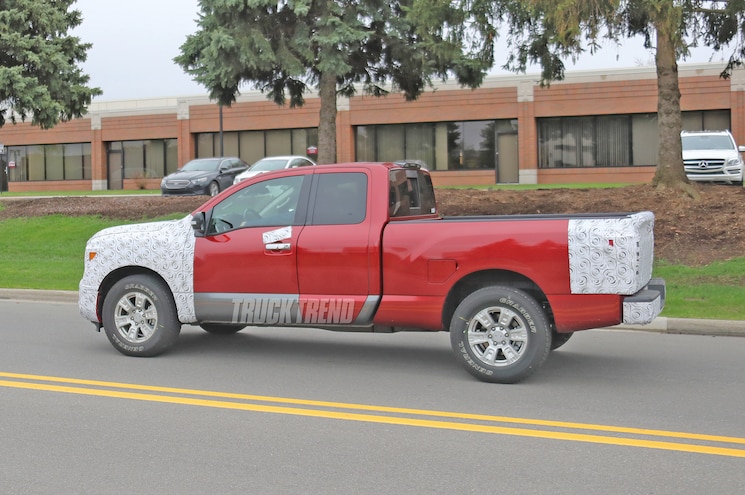 View Photo Gallery | 20 Photos
Photo 3/20   |   2020 Nissan Titan Spied Rear Quarter 01
We're not positive, but that may change for 2020, when Nissan is expected to refresh the Titan to help keep it current against a field of new or revised competitors. Lending credence to the suspicion is a red Titan King Cab we recently spotted wearing conspicuous front and rear camo. 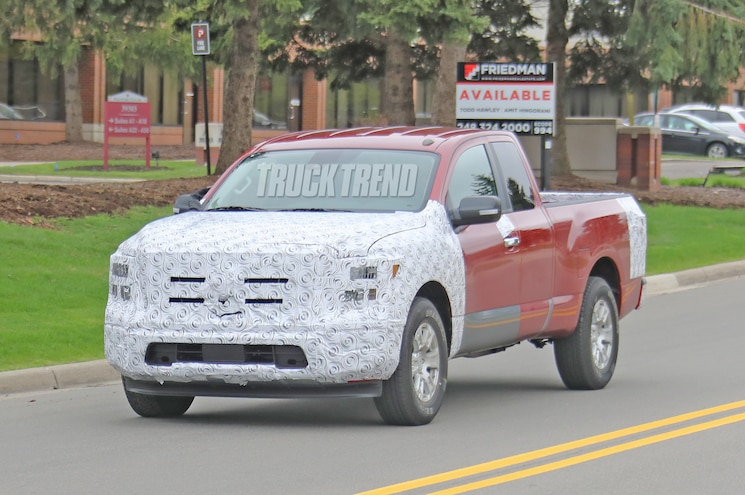 View Photo Gallery | 20 Photos
Photo 4/20   |   2020 Nissan Titan Spied Front Quarter 03
Predictably, that camouflage is hiding some cosmetic updates expected to land on the 2020 Titan The cutouts on the front end reveal a grille insert that looks like it abandons the current truck's striated mesh in favor of something inspired by the V-Motion design found on the Murano and Pathfinder. This should do to help set the Titan apart from other pickupsâit has been accused of aping the previous-generation Ford F-150 before, a sentiment underscored by the Titan's useful but derivative scalloped front window openings. 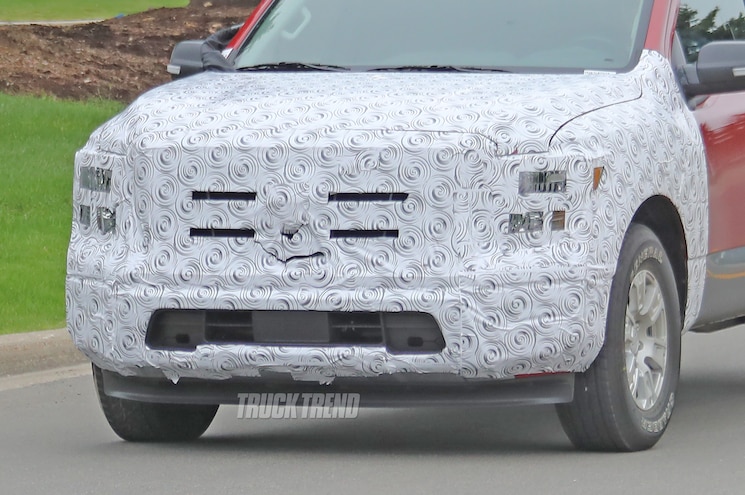 However, what's most interesting is an obvious plastic block in the center of the lower grille opening. This piece could very well house some of the sensors required for forward collision monitoring and other active driving features. Also, the holes punched into the center of the Titan's grille camouflage could be for cameras and sensors, and there's an obvious black square on the windshield near the rearview mirror, furthering the suspicion that the 2020 Titan will finally have some active safety on the menu. 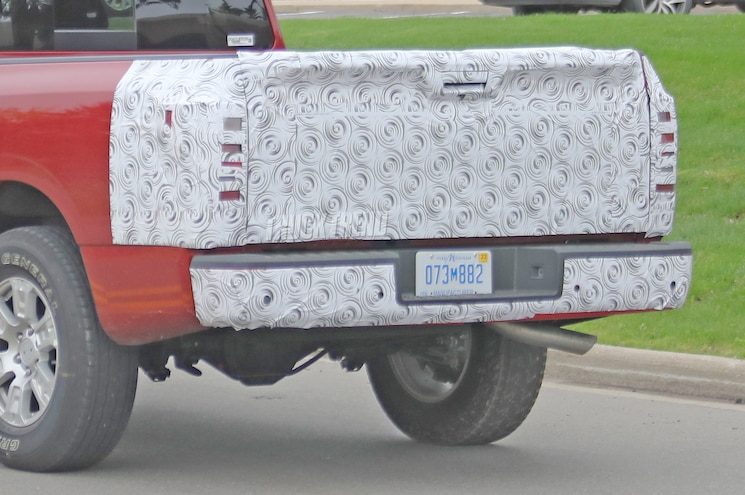 View Photo Gallery | 20 Photos
Photo 6/20   |   2020 Nissan Titan Spied Rear Clip
That the vehicle seen in these photos is a mid-level Titan King Cab SV has us wondering: Will Nissan follow Toyota's lead and make active safety features a standard offering on every 2020 Titan? That would certainly help the company make a case that its trucks offer more for the money than competitors (Nissan already brags about the Titan's standard V-8 power, the only 1/2-ton on the market so equipped).
Now, unless the truck gets changes to its hydraulic power steering setup, don't expect the 2020 Titan to offer lane centering or lane departure prevention. And quite frankly, that's fine with us as those features often result in annoying wheel tug or downright dangerous behavior if road markings are unclear. But as for the other safety stuff, bring it on!
Source: SpiedBilde Photography