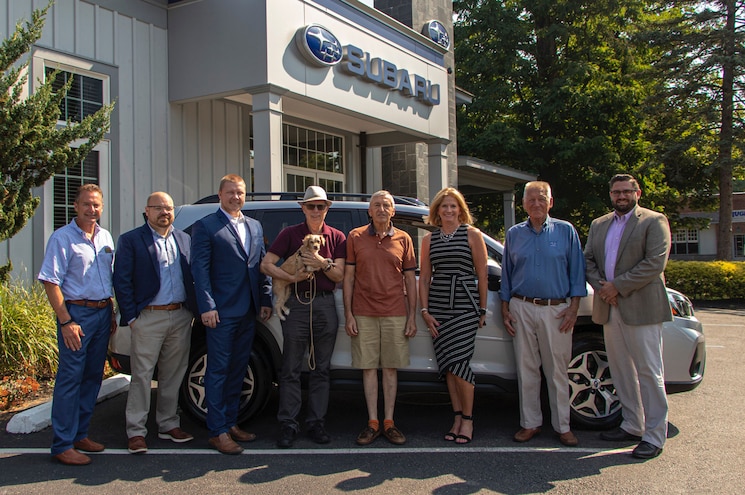 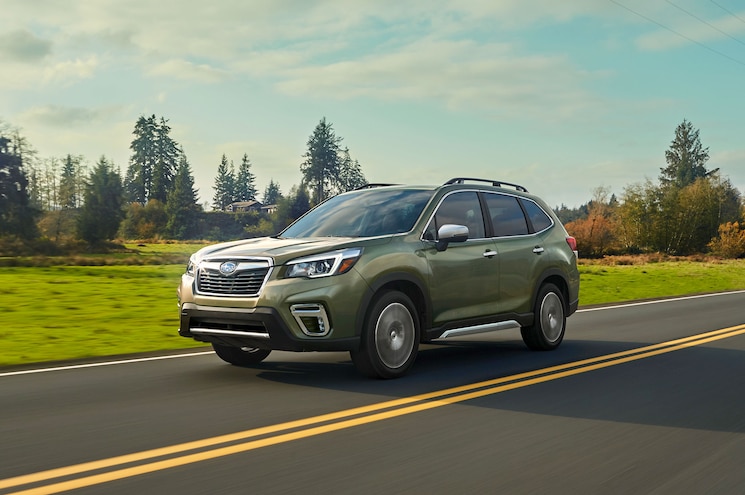 View Photo Gallery | 6 Photos
Photo 2/6   |   2019 Subaru Forester Touring Exterior Front Quarter 01 2
Subaru has moved 2 million Forester SUVs across its U.S. showrooms since the model's debut for the 1998 model year. Sold at Ruge's Subaru in Rhinebeck, New York, the 2 millionth U.S.-market Forester was a 2019 Premium model painted Ice Silver, and it went home with repeat Subaru customer Brian Gerber.
What's more, thanks to Subaru's impressive year-over-year growth for the past 91 months, the company sold that 2 millionth Forester only six years after the millionth example, which found its home in June 2013. The Forester has long been one of the industry's most popular crossovers owing to its reliability and rugged, outdoorsy image, and the 2-million milestone is proof of that.
Introduced to the U.S. market in 1997, the Forester was built using the Impreza's platform. It featured quirky, tall-car styling, with a big and boxy roofline that made it unmistakable for any other vehicle. The first-generation Forester received a 2.5L flat-four engine, paired to the company's signature Symmetrical all-wheel drive. It also featured 7.5 inches of ground clearance and an available viscous limited-slip differential. Like many early crossovers, it was intended for challenging weather conditions and the occasional smooth trail, rather than outright off-roading. That made it perfect for outdoorsy types who wanted to go skiing, mountain biking, or camping, regardless of road conditions, but didn't necessarily want the rough ride or compromised efficiency of a Chevrolet Blazer or Jeep Cherokee. 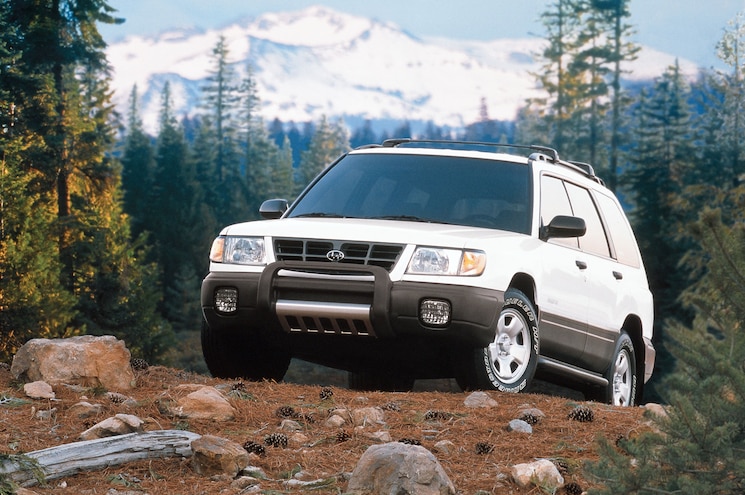 Since then, it has metamorphosed into a more traditional SUV shape, though it still retains a 2.5L boxer four and standard all-wheel drive. The all-new 2019 Forester introduces Subaru's X-Mode terrain management system to the model, optimizing throttle, stability control, and transmission settings to manage wheelspin and improve traction off-road. It also boasts a long list of safety features, including EyeSight Lane Keep Assist and Pre-Collision Braking.

All of those features should keep it on the shopping lists of SUV buyers nationwide, so we might be seeing 3 million Forester SUVs on our roads sooner rather than later.
Source: Subaru