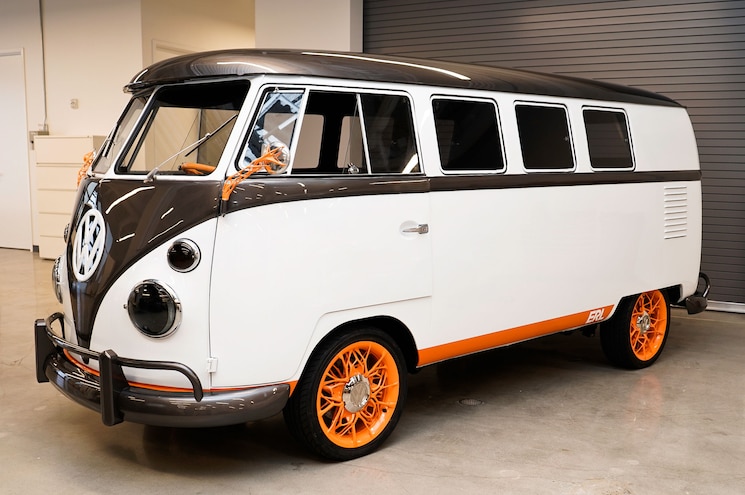 Volkswagen will expand its future-technology research and development presence with the new Innovation and Engineering Center California (IECC), celebrating the development with the retro-fantastic Type 20 EV concept. 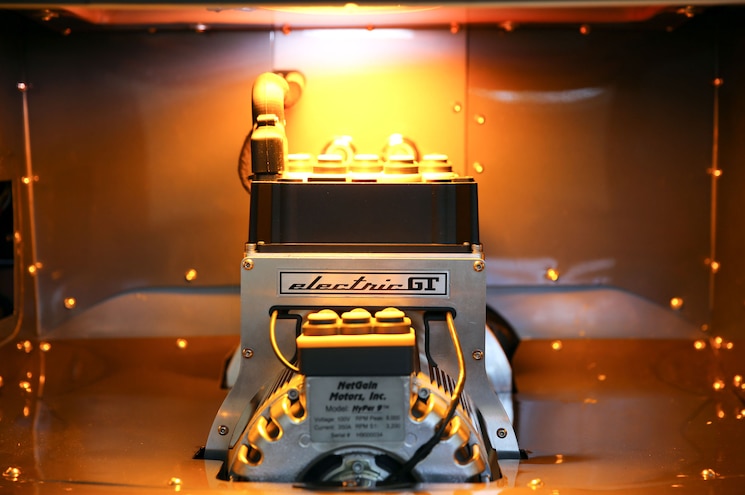 View Photo Gallery | 10 Photos
Photo 2/10   |   Volkswagen Type 20 Ev Microbus Concept Exterior Electric Motor
Based on a 1962 Volkswagen Type 2 Microbus with the 11-window body, the Type 20 EV has been converted to an electric powerplant comprised of a 10-kWh battery and an electric motor with 120 hp and 173 lb-ft. With triple the horsepower of a conventional Microbus and the instant torque of an electric powertrain, the Type 20 should be pretty fun to drive. As a bonus, it also publicizes the company's future EV products and derivatives, with an even more retro flavor than the I.D. Buggy concept from earlier this year. 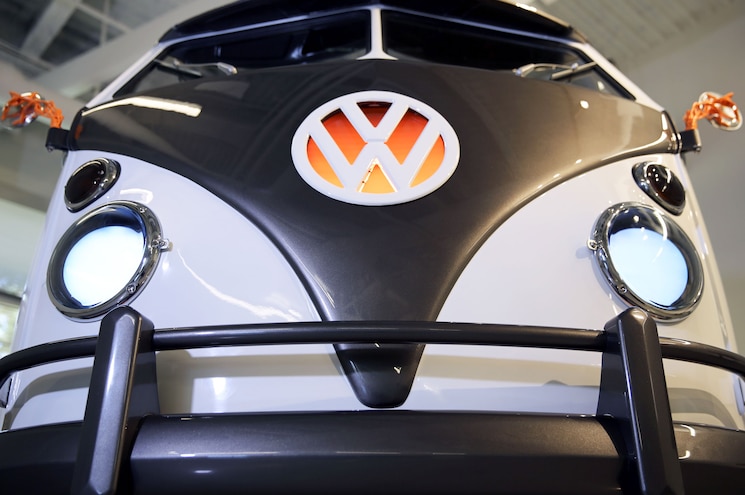 Styling-wise, the Type 20 EV looks quite a bit different from its vintage starting point. The exterior brightwork that came on the Microbus' higher trim levels has been jettisoned in favor of body-color window surrounds, contrast-color bumpers, and blacked-out headlamp bezels housing frosted light elements. Additionally, the iconic VW badge found in the center of the vehicle's front end is painted body-color, helping it stand out from the contrasting grey checkmark. Furthermore, the emblem is set against a luminous orange graphic that lights up when interacting with the vehicle. 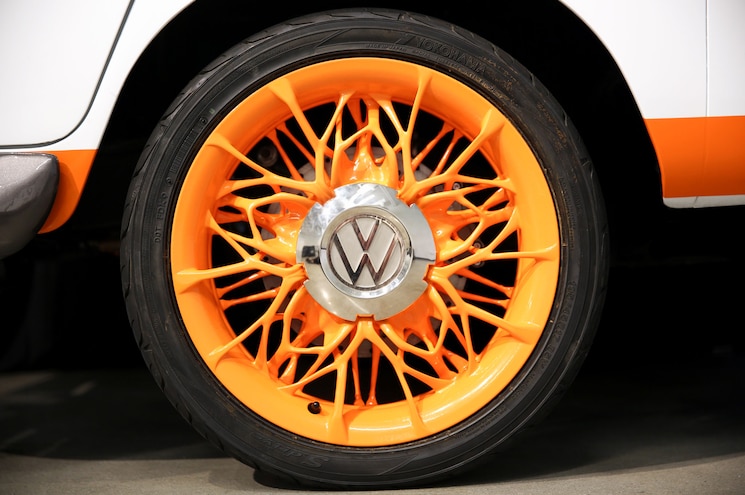 View Photo Gallery | 10 Photos
Photo 4/10   |   Volkswagen Type 20 Ev Microbus Concept Generative Design Wheels
The wheels, sideview mirrors, steering wheel, and seat supports feature "generative design," a process that mimics the growth of organic shapes to provide strength while reducing weight. The lacy, branchlike elements take some getting used to stylistically, but they're nevertheless beautiful and eye-catching. In back, a wraparound rear bench based on a generative design seat frame turns the rear of the Type 20 into a party lounge. 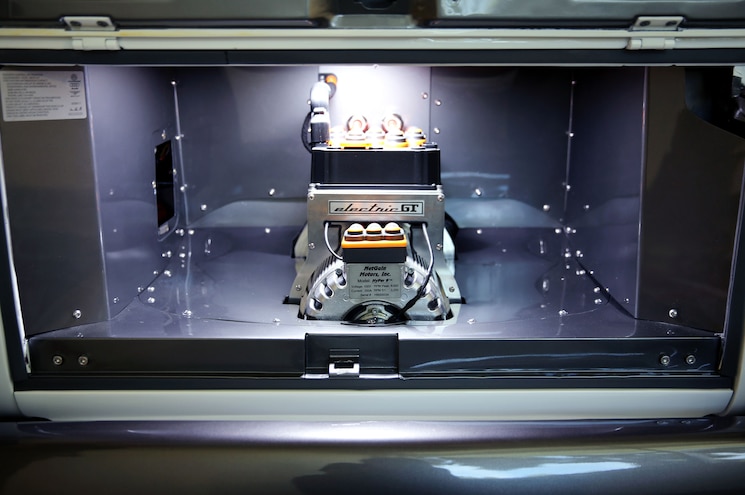 In addition to EV propulsion (which rightfully takes its place at the rear of the vehicle underneath the cargo deck), the Type 20 is significantly modernized with a number of new technologies befitting its IECC genesis. The Type 20 includes biometric vehicle access, using facial recognition to identify and grant access to approved drivers. A 720p wide-angle camera on the driver's side allows such technology, enabled by a Sensory software development kit running on an Nvidia Jetson TX2 artificial-intelligence processor. 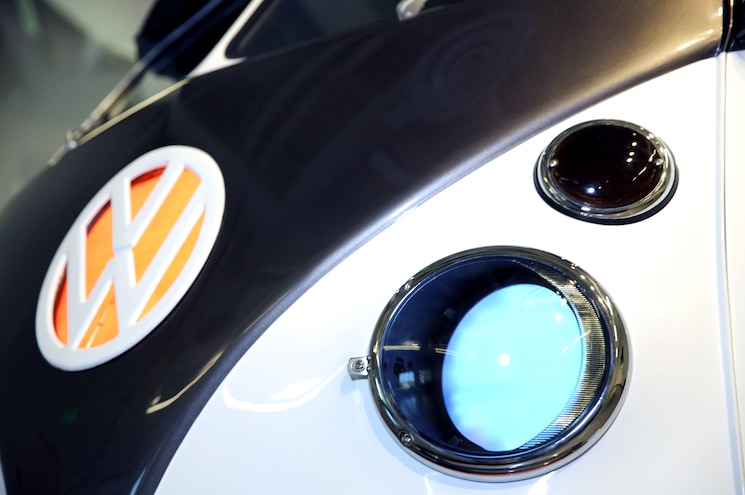 The Type 20 EV also features directional microphones in three zones of the vehicle: the driver's cockpit, the front exterior, and the rear passenger cabin. Using these microphones, the vehicle can "converse" with users thanks to an updateable version of Volkswagen's existing voice command portfolio, and should you find yourself discussing things with your car, the Type 20 will "respond" via its LED headlights and that aforementioned orange logo backdrop. It's all a bit creepy, but very cool even so. The infotainment package also incorporates a Looking Glass II holographic display that can generate 3D images without requiring the use of specialized glasses.

The IECC is a development of the company's former Electronics Research Laboratory (ERL), which boasts over 20 years of experience in creating advanced projects for Volkswagen. Split into two groups—the Innovation Center California and the Engineering Center California—IECC now boasts more than 180 employees based in Silicon Valley's city of Belmont. That's a far cry from the ERL's beginnings: just three engineers when it founded in 1998. In the ERL's list of achievements is "Stanley," the first robotic car to complete the DARPA Grand Challenge by navigating 132 miles of desert completely free of human intervention. Stanley's successful run happened in 2005.
The Volkswagen Type 20 EV will be on display at the IECC's headquarters to celebrate the division and its predecessor's history. Alongside the Type 20 will be an exhibition of past prototypes, historic Volkswagen vehicles, and project artifacts.