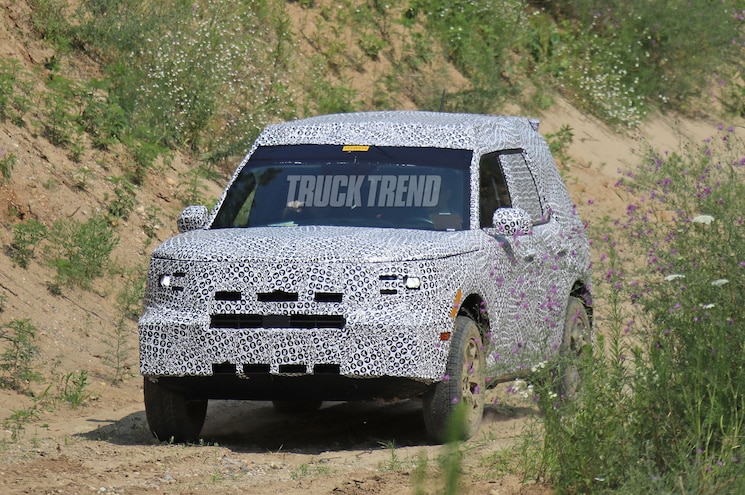 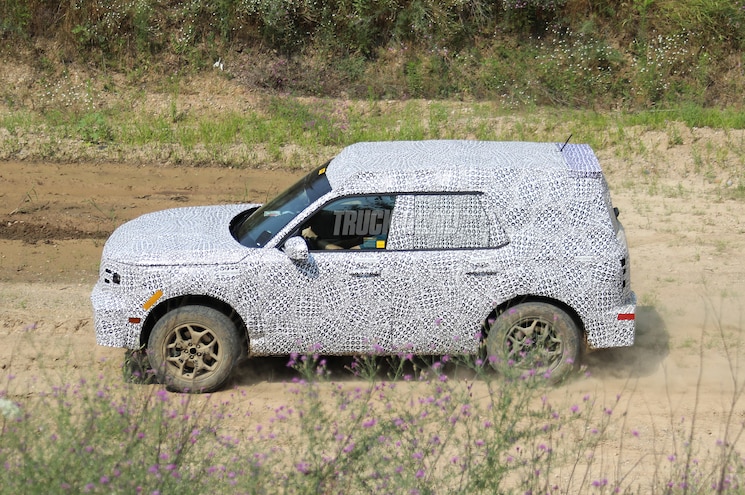 We recently got a peek at Ford's latest SUV offering, the forthcoming "baby Bronco. " Possibly called the Adventurer or Bronco Scout, the little SUV will take many of its mechanical bits from the recently revealed Ford Escape. However, the baby Bronco will be appropriately beefed up for legitimate off-road work.

Based on the Escape's modular architecture, the Adventurer/Bronco Scout/whatever will be sized like the Jeep Compass, slightly larger than the Renegade and slightly smaller than the Cherokee. However, it should have as much off-road capability as the Trailhawk variants of each of those SUVs, which makes it an enticing proposition.
The Escape will also likely donate its engines to the baby Bronco, including its top-spec 2.0L EcoBoost I-4 that creates an estimated 250 hp and 275 lb-ft. Base versions of the off-road SUV could get a naturally aspirated 2.5L I-4 with about 180 hp, but it's also possible that the Escape's entry-level 1.5L turbocharged I-3 could migrate. It's not clear what gearbox Ford will offer or if the drivetrain will include a two-speed transfer case, but Jeep's front-drive-biased crossovers offer a reduction gear, so hopefully Ford will too. 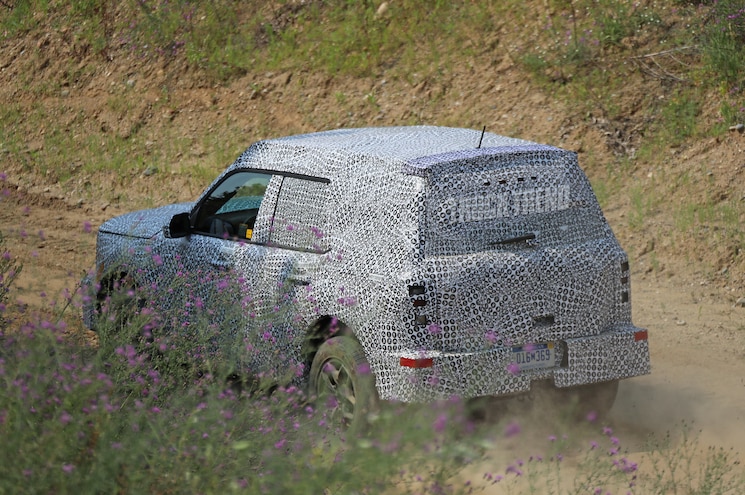 View Photo Gallery | 17 Photos
Photo 3/17   |   2021 Ford Baby Bronco Rear Quarter 04
In terms of suspension layout, don't expect the baby Bronco to stray too far from its donor SUV—four-wheel independent suspension is likely, courtesy of the Escape's new "isolated rear subframe." We think we'll find MacPherson struts up front and short-long arms in the rear, but likely with taller springs and off-road-tuned shocks for greater ground clearance and response. The little Ford won't offer Wrangler-grade articulation—that's going to be the Bronco's purview—but it should offer plenty of rough-road poise while still maintaining a modicum of on-road composure and efficiency.
Ford's baby Bronco SUV should arrive on the scene sometime next year (perhaps at the 2020 North American International Auto Show in June). It will be a 2021 model, destined for dealers by autumn 2020.
Source: SpiedBilde Photography