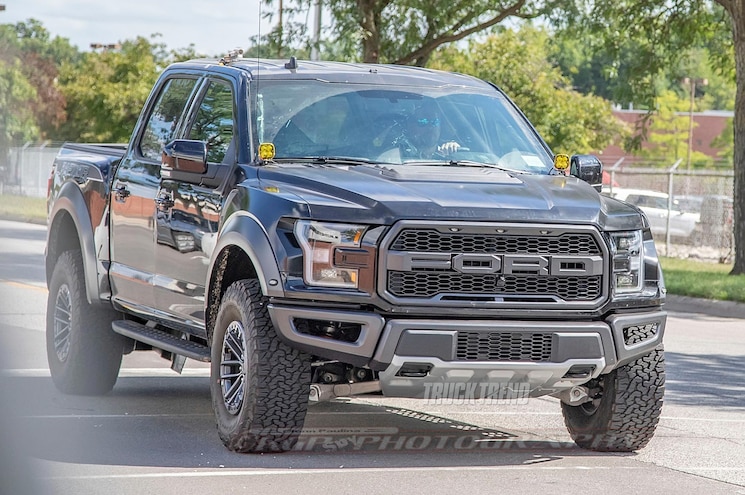 Ford is readying the next generation of the hot-selling F-Series lineup, and by the looks of it, there could be some big changes in store. That's all the more interesting for this machine spotted recently, the 2021 Ford F-150 Raptor. 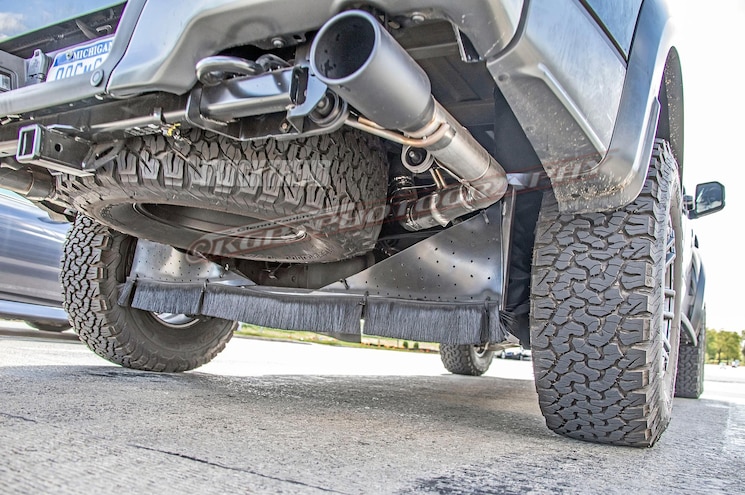 View Photo Gallery | 14 Photos
Photo 2/14   |   2021 Ford F 150 Raptor Exterior Disguised Rear Suspension 01
Wearing current-generation Raptor bodywork, wheels, and tires, this mule for the next-gen F-150 is also sporting significant rear suspension camouflage. Plainly obvious is the lack of rear leaf springs, which have been found under the Raptor since it was introduced for 2010. Instead, we see a Panhard bar and pivot bolt, suggesting, the 2021 F-150 (or at least the F-150 Raptor) will get a five-link rear suspension like its rival, the Ram 1500. 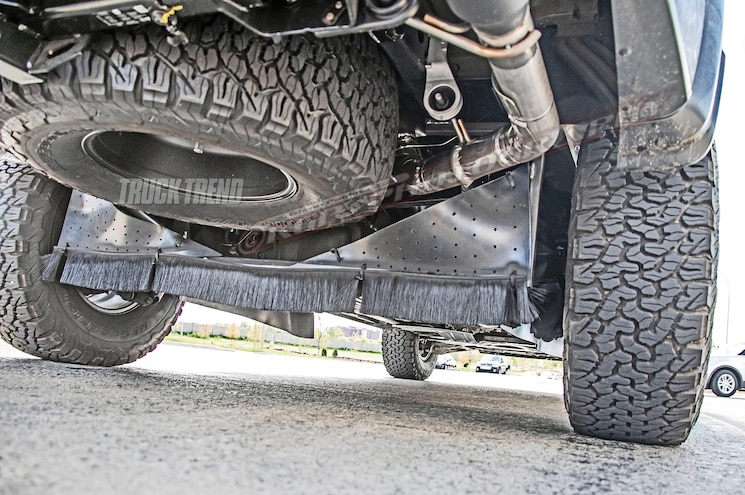 View Photo Gallery | 14 Photos
Photo 3/14   |   2021 Ford F 150 Raptor Exterior Disguised Rear Suspension 02
The move could be reactionary as Ram prepares to launch the 2021 Rebel TRX, a die-hard off-roader that will give the Raptor its first real competition since it was launched nearly a decade ago. The Rebel TRX (first previewed as a concept on the previous-generation 1500) is likely to boast a long-travel suspension and widened bodywork, like the Raptor, but it will borrow the regular Ram 1500's five-link rear suspension, possibly with optional air springs. 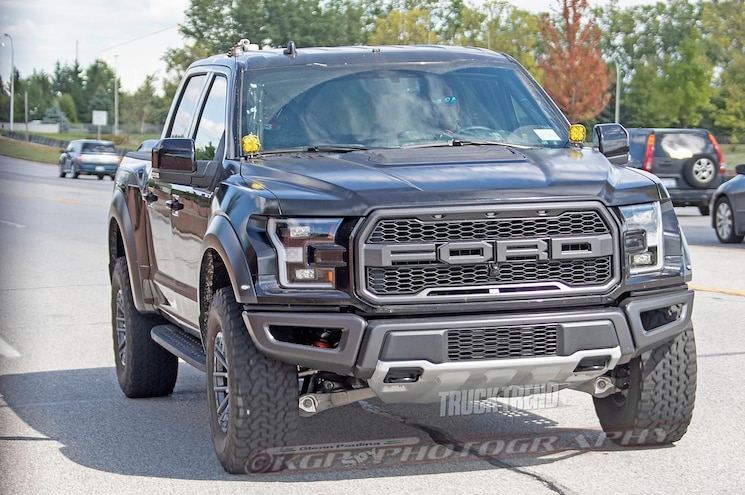 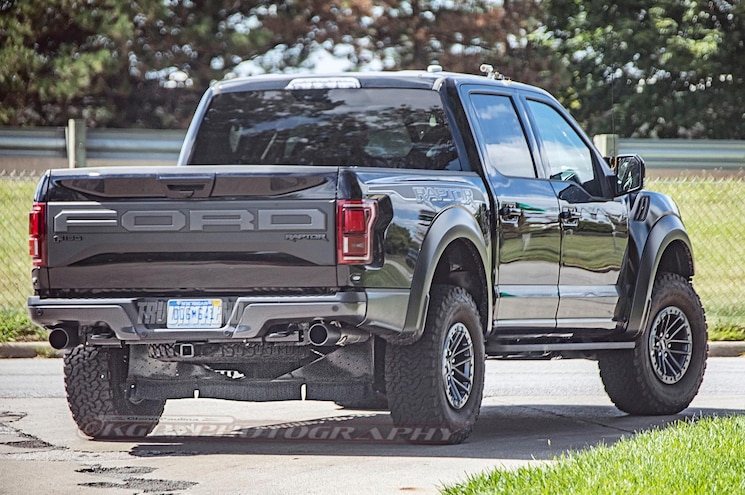 View Photo Gallery | 14 Photos
Photo 5/14   |   2021 Ford F 150 Raptor Exterior Rear Quarter
The new Raptor is about a year from being revealed (we expect to see it and the rest of the 2021 F-150 family at the 2020 North American International Auto Show in Detroit next June). So until then, we probably won't be able to confirm too much about the truck. But nevertheless, it's clear Ford is doing a full-court press on the off-road pickup market, and enthusiasts will reap the benefits. 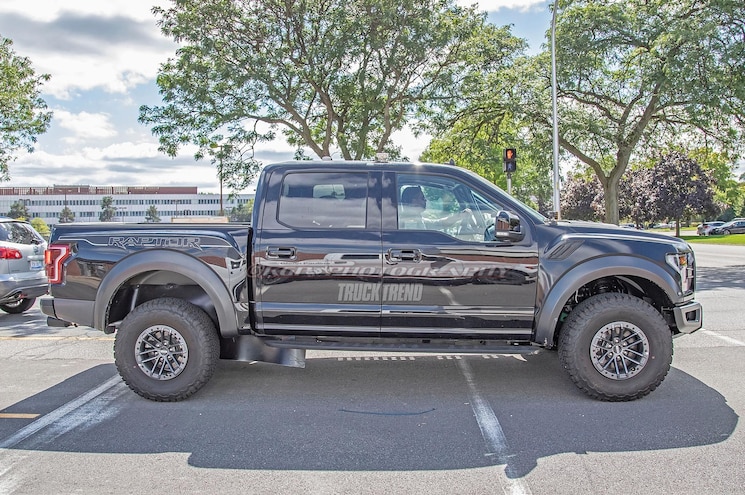