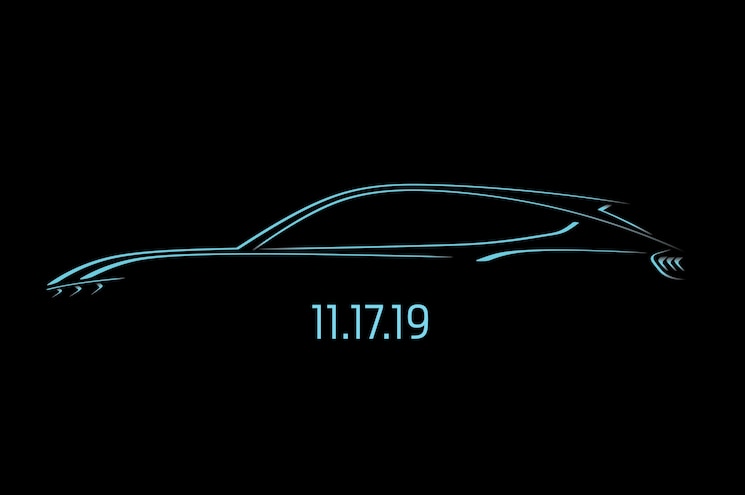 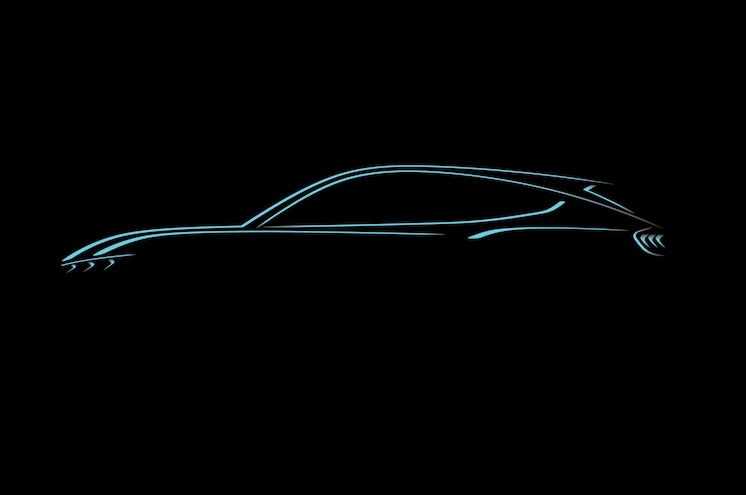 View Photo Gallery | 3 Photos
Photo 2/3   |   2021 Ford Mustang Suv Ev Teaser
Ford will officially reveal its forthcoming, Mustang-inspired electric SUV on November 17, the Sunday before the 2019 Los Angeles Auto Show opens to the media. The SUV was first announced in 2018 amid the Blue Oval's plans to scrap most of its cars to focus (pun intended) on light trucks and utilities. One mystery we can't quite sort out is what the company plans to call the "Mustang-inspired" crossoverâearly indications suggested Mach 1 but an outcry from Mustang fanatics seem to have squelched that idea.
Ford committed to the EV SUV's reveal via a short video on social media, which also shows several closeups of the fullsize clay model. The company also released a single teaser image, betraying a drooping snout and big haunches that look very much like what's found on the current Mustang, particularly the roided-up GT350 and GT500. Also on obvious display are three-element vertical taillights, a Mustang signature for decades. It's not clear what sort of powertrain makes its way underneath the shapely bodywork, but we presume it will come standard with two-motor or three-motor electrical propulsion, giving it all-wheel drive and some torque-vectoring properties. 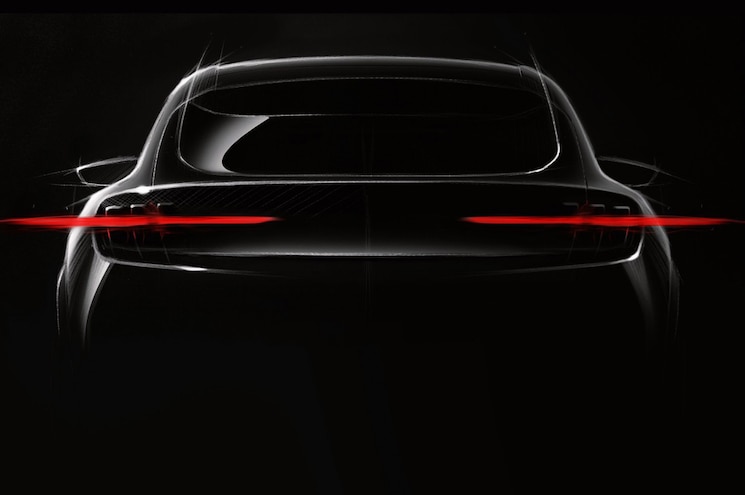 Ford promises at least 300 miles of range from a single charge, and the company's European-market EV microsites predict 370-plus miles using the forgiving WLTP evaluation methodâwe think a real-word number of 320 miles is a safer guess. The Blue Oval also claims it will provide its owners access to more public charging stations than any other automaker, and it will partner with Amazon on the installation of home charging facilities. Drivers of the Mustang-ish crossover will be able to reserve and pay for public charging stations either from a FordPass smartphone app or right on the infotainment screen.

So far, the Mustang-inspired electric SUV sounds pretty interesting, and we're looking forward to learning more. With the weight of the Mustang name riding on its fenders, the EV had better be pretty fun to drive, though with development of the SUV being done by some of the same people as the GT350, it almost certainly will be.
Source: Ford