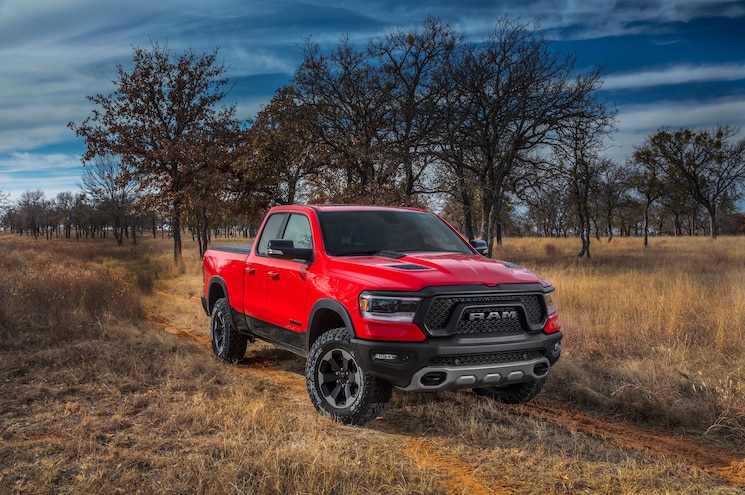 Today, Ram will celebrate its first 10 years as a standalone brand within Fiat Chrysler Automobiles. The division, which was spun off from Dodge on October 4, 2009, has become one of the automaker's most profitable and award-winning brands, which Ram claims is due to its "decade of innovation." 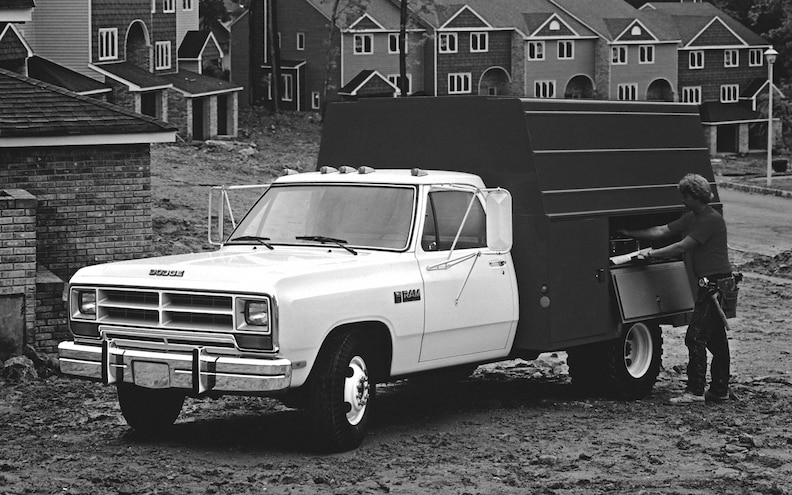 View Photo Gallery | 7 Photos
Photo 2/7   |   Cummins History 1989 Dodge Ram Cummins Diesel 2
Today's Ram pickup started life as the Dodge Ram back in 1981, itself a successor of that brand's D-Series lineup of trucks. A bighorn sheep hood ornament provided inspiration for the new-for-1981 truck's name, a throwback to the Dodge emblem used between 1932 to 1954. The Dodge Ram introduced many new technologies to the fullsize truck market, such as an industry-first turbocharged, direct-injected diesel engineâthe legendary 5.9L Cummins B Series I-6. 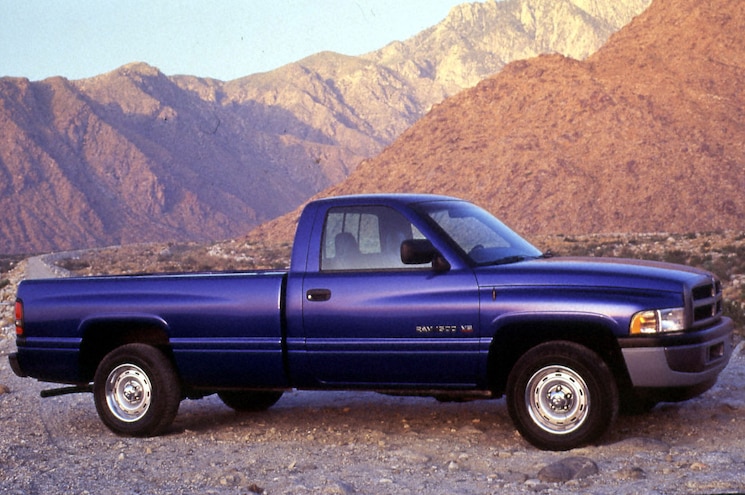 View Photo Gallery | 7 Photos
Photo 3/7   |   1994 Dodge Ram 1500 Single Cab
That first-gen Ram gave way to the second-generation truck for the 1994 model year, which featured step-down front fenders and a bold crosshairs grille that became Dodge's trademark for the next two decades. Also, a V-10 engine became optional on the Ram 2500/3500, serving as a tweener between the V-8 and Cummins I-6. The third-generation 2002 Ram was more of the same, with modernized, but still aggressive, styling and the choice of a variety of gas V-6 or V-8 engines or the Cummins I-6. The V-10 was still available, first in the 2500/3500 and then in the high-performance SRT-10 sport truck. 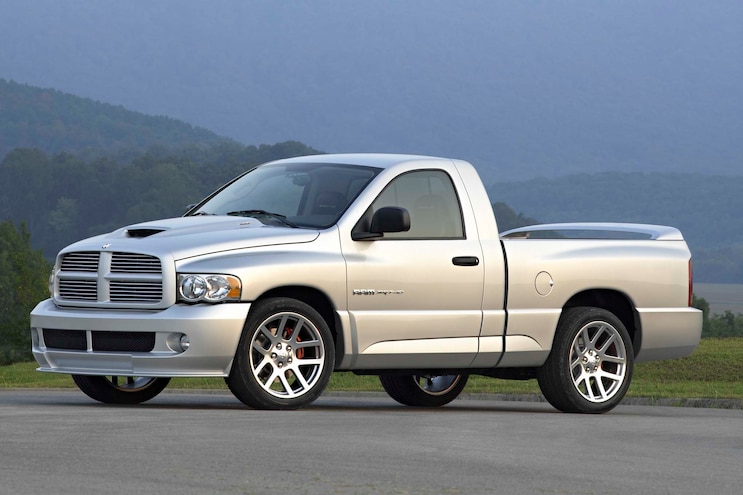 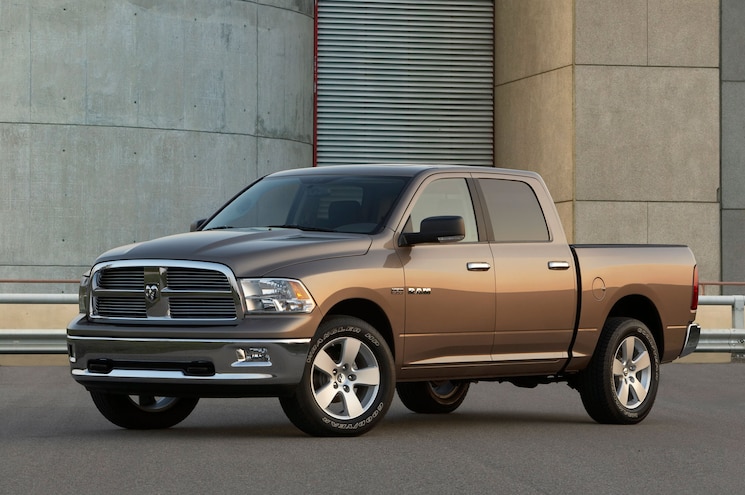 View Photo Gallery | 7 Photos
Photo 5/7   |   2009 Dodge Ram 1500
The fourth-generation Ram pickup was sold as a Dodge for 2009, its first year on the market. Then, in October of that year, the Ram name was spun off as its own brand, encompassing all of Chrysler's commercial and work-oriented vehicles (including the Ram Dakota and Ram C/V cargo minivan). Since then, the Ram brand has worked hard to distinguish itself both from its predecessors and from other truck manufacturers. 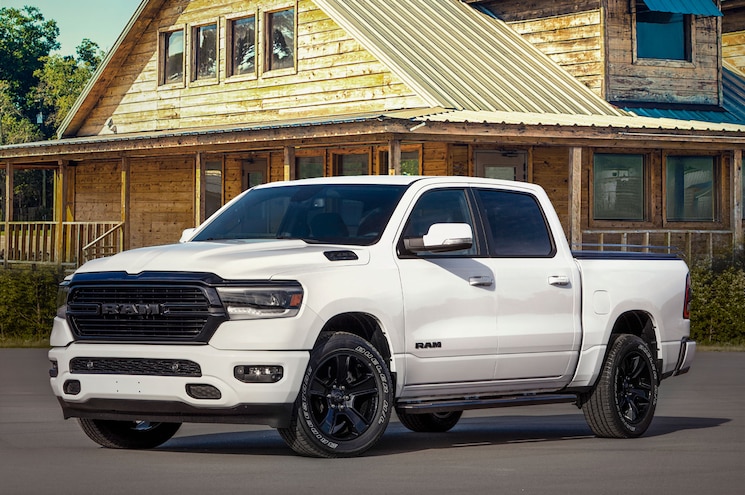 Such advancements included slick RamBox in-bed lockable storage and five-link coil-sprung rear suspension (both introduced for 2009), the extremely luxurious 2011 Laramie Longhorn, a robust eight-speed automatic gearbox on the 2013 Ram 1500, coil springs for the 2014 2500, and a light-duty EcoDiesel V-6 for the 2014 1500. In 2016, the company began phasing out its legendary crosshairs grille, replaced on the Rebel model with R-A-M script. Of course, when the Ram 1500 and Heavy Duty were fully redesigned for 2019, all trim levels ditched the crosshairs.

Today, Ram will celebrate its 10th anniversary as a standalone brand by launching a series of advertisements called "Power of Innovation." In the ad, the company calls out its myriad advancements, which Ram claims have helped it become America's fastest-growing truck brand. The heritage ad includes footage of Ram's predecessors, including the aforementioned Dodge D-Series and Dodge Ram pickups. It also highlights Ram's current innovations, including its available 12-inch center touchscreen, optional air suspension, mild-hybrid eTorque system, and power remote tailgate release.
It's no secret we like Ram trucks, and we're excited to see what the next 10 years will bring. 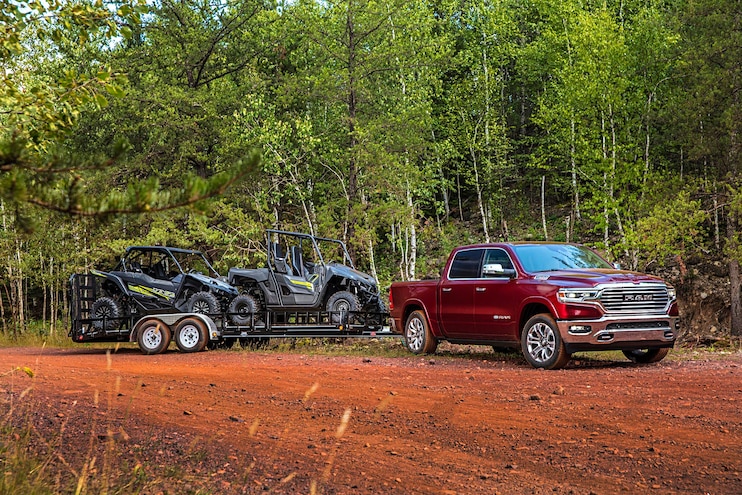