Ford Announces Official Debut of Midsize SUV Along with Logo

The 2021 Ford Bronco is officially on its way, and the Blue Oval will give its midsize SUV its first peek from under the covers next spring. Although the company hasn't revealed a specific reveal date, we expect it to take a bow at the 2020 New York International Auto Show in April.
Alongside the announcement, Ford also showed us the 2021 Bronco's logo, and it's a Bronco. While it's cool to see the official iconography that will adorn the midsize SUV, we're not wholly surprised—a bucking horsie and modern, boldface "BRONCO" type. It'll look great on spare tire covers. 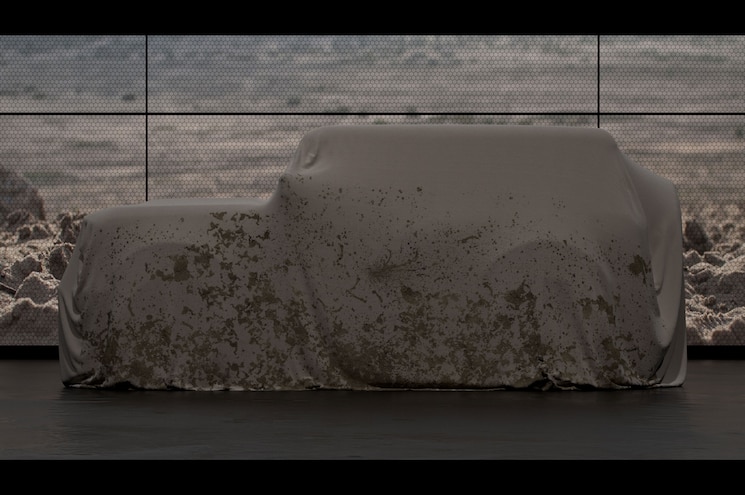 Speaking of the latter, it's fair to expect rugged, heritage-inspired styling from the standard-bearing 2021 Ford Bronco. It will likely be the spiritual flagship of the Ford SUV lineup, and as such expect lots of traditional and vintage styling cues. A removable roof and doors have been rumored, and Ford's official teaser very clearly betrays a tailgate-mounted spare tire carrier. While Ford would have you draw comparisons to Broncos of old, it will be hard not to view the new one in the same light as a Jeep Wrangler.

Like the Wrangler, the 2021 Ford Bronco will be body-on-frame with a two-speed transfer case, and at the very least, the rear suspension will feature a solid axle (the front will likely be independent). Expect it to share lots of parts with the current Ranger pickup, although it will also preview some features we can expect from the next-generation Ranger as well. Unfortunately, we doubt it will be available with a manual transmission, instead making use of Ford's impressive 10-speed automatic mated to a 2.3L EcoBoost I-4 and possibly a 2.7L EcoBoost V-6.
After it's revealed in the spring, expect Ford to drum up lots of buzz for the Bronco before it goes on sale late next year. Given the company's current product cadence, we doubt it'll be in dealers before next November. Nevertheless, we can't wait to see it in action!
Source: Ford