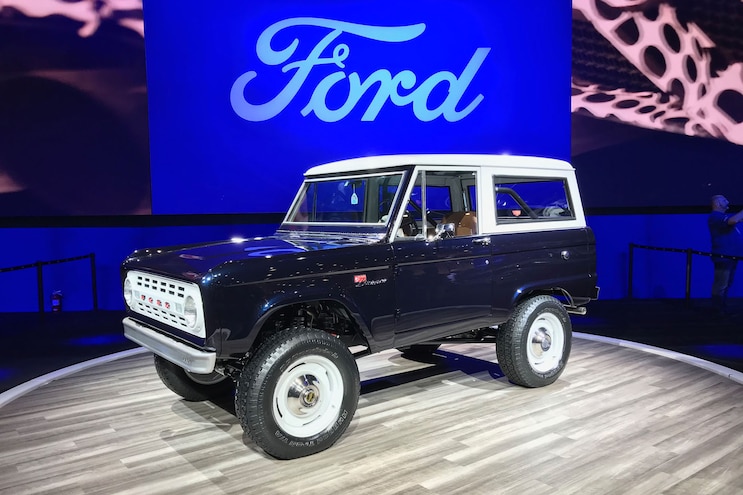 Ford, still reeling from the buzz generated by the unexpected Bronco R desert race truck reveal on Monday, decided to kick things up a notch with a restomod owned by none other than Jay Leno. The comedian and car personality revealed his 1968 Ford Bronco, assembled by LGE-CTS and powered by a 2020 Shelby Mustang GT500's supercharged 5.2L V-8, at the Blue Oval booth at the 2019 SEMA Show.

Leno said that he's always appreciated restomods, but that sometimes they alter styling to the point that you can't recognize the classic vehicle underneath all the changes. That's obviously not the case for this 1968 Ford Bronco, which features reproduction body panels by Dennis Carpenter Ford Restoration, as well as vintage-styled 18-inch "John R" Detroit Steel Wheels. Wrapped in BFGoodrich Rugged Trail T/A tires with a relatively tall, skinny profile, the rolling stock looks great under the Bronco's clean, Tonight Blue and white bodywork. A custom, 3D-printed grille almost looks stock, revealing a subtly sleek new profile when you get close, and red Ford lettering adds a little extra punch. 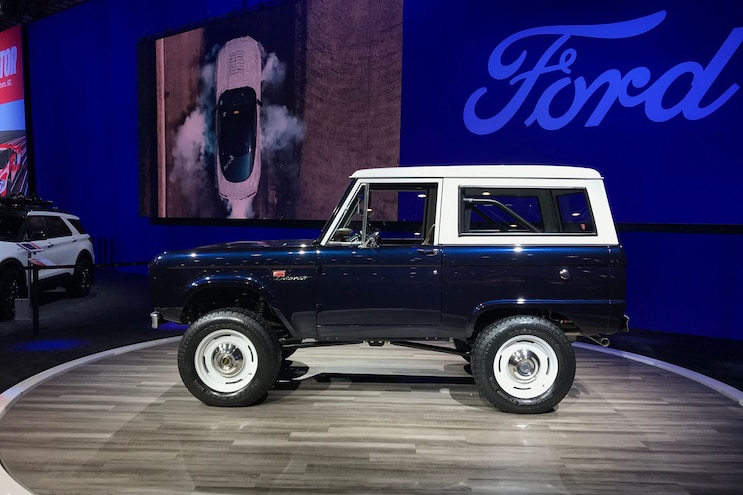 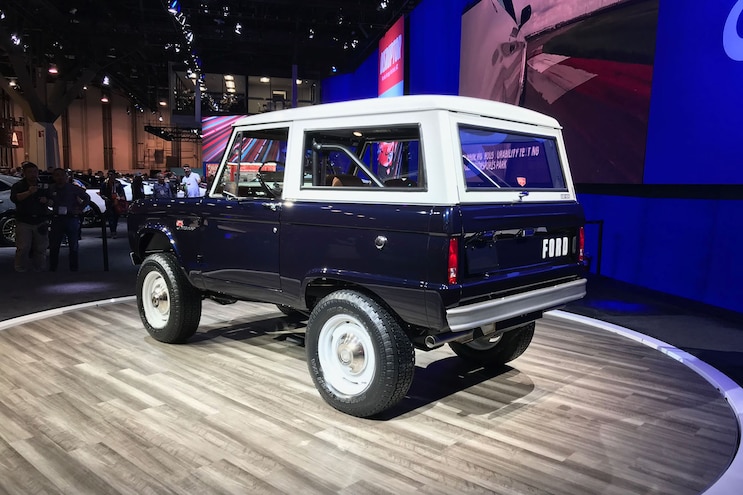 Speaking of punch, Leno's 1968 Ford Bronco has plenty of it thanks to a Ford Performance 5.2L supercharged V-8, a beating heart ripped straight from the 2020 Shelby Mustang GT500. In that application, the engine makes 760 hp, although we suspect it's been detuned slightly in the Bronco to preserve its Tremec Silver Sport five-speed manual gearbox and Advance Adapters Atlas II transfer case. 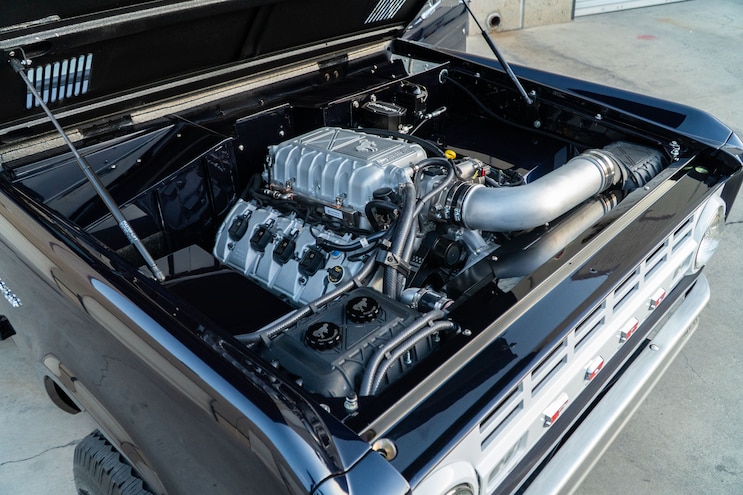 Jay Leno's 1968 Ford Bronco restomod was but one of dozens of classic Blue Oval off-roaders found at the show. It's clear that the off-road and aftermarket communities are very excited for the return of the 2021 Bronco, which will be fully revealed in January. We feel the same, but even after the modern trucklet returns, we'll be happy to ogle the classics. 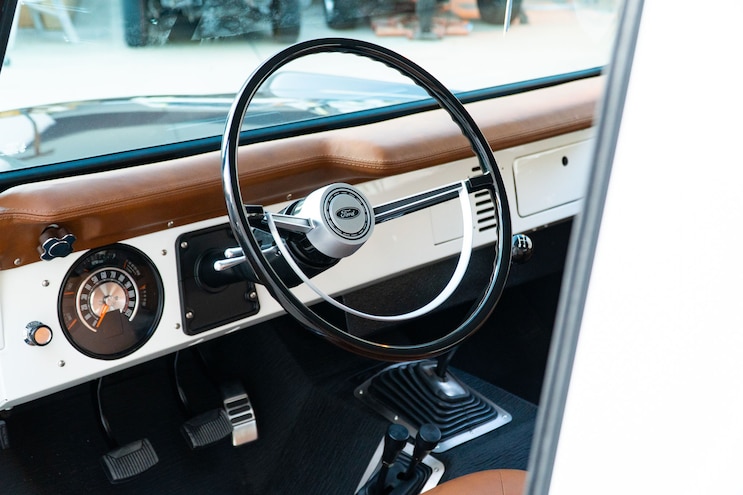 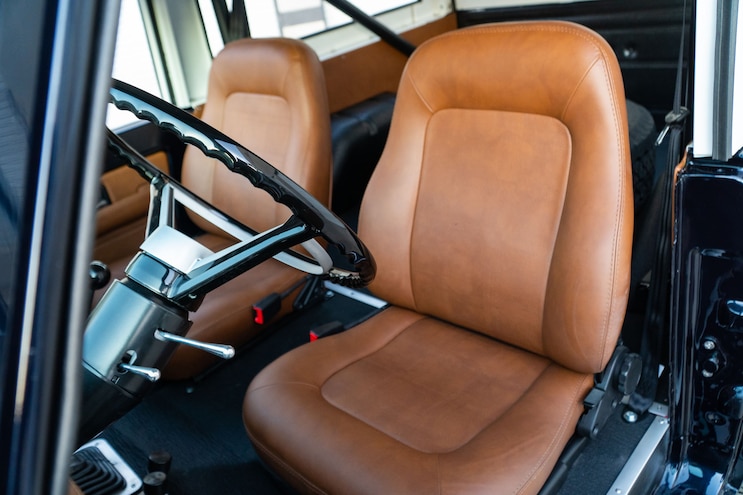