The Titan That Always Should Have Been? 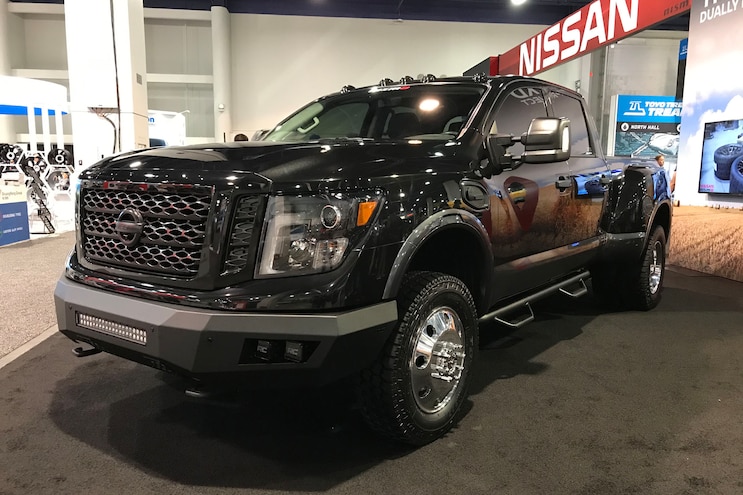 In a surprising and unusual turn, Nissan brought a highly customized, outgoing-year Titan XD Dually Project to the 2019 SEMA Show, one powered by the 5.0L Cummins turbodiesel V-8 that is being axed once the 2020 Titan XD arrives in dealers. All that begs the question: Is this the ultimate Titan XD work vehicle, one that could have saved the Cummins from being discontinued? 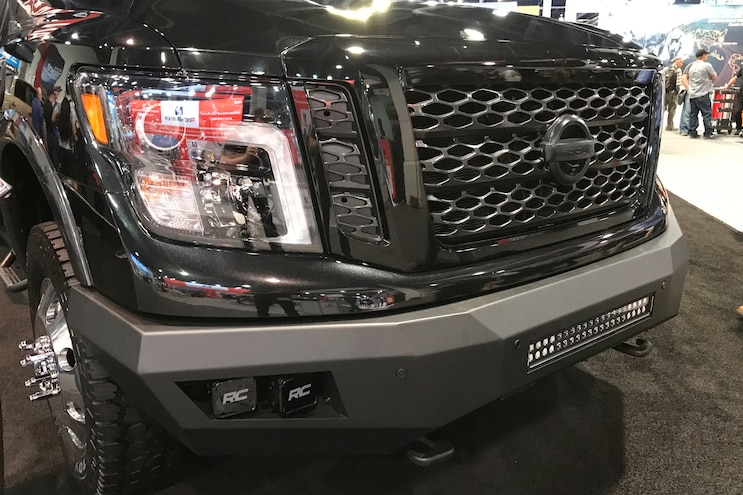 The Titan XD Dually Project features a highly customized rear axle (with an OEM locking differential) and front hub adapters, both of which were supplied by Z1 Off-Road. Z1 also provided the custom bed and cab lights and rear leaf spring relocation. Kit car savant Chuck Beck handled the custom bodywork for the cargo box, and we're very impressed with how it turned out. Instead of plain box flares or radiused wheel arch extensions, the cargo box's wide hips follow the basic styling of the Titan XD very well. For example, the flares echo the the rearward-canted bodyline between the box and the cab very nicely, and they flow very smoothly into the taillights. Simple American Force 19.5-inch wheels and Toyo M920 tires fill out the arches nicely, giving the truck a purposeful, work-oriented look. It's refreshing to see neat, trim styling on a SEMA Show truck, rather than blinged-out and glitzed-up "rims" on rubber-band tires. 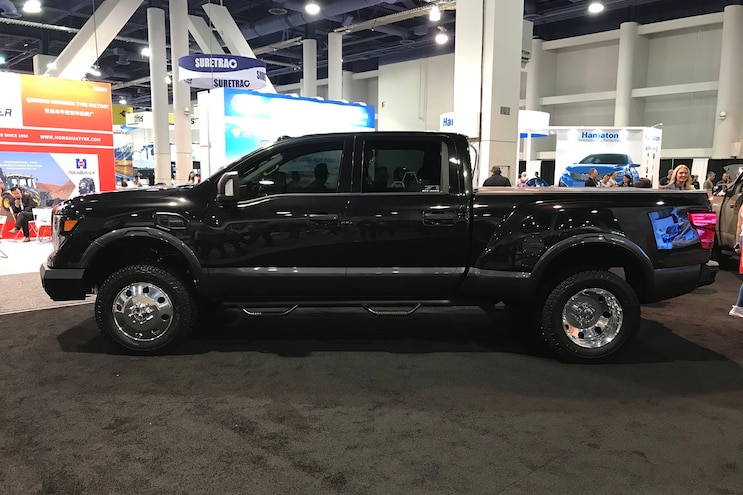 A Nissan representative unfortunately refused to acknowledge if the Titan XD Dually Project had any production aspirations, so we presume it's a one-off show vehicle only. But even if it weren't, it wouldn't come to market with the fantastic 5.0L Cummins turbodiesel V-8, which the company already announced would be going away for the 2020 model year. That's a real shame, as this machine might have been the perfect tow pig for those with 15,000- or 20,000-pound trailers, people who don't need the outrageous power of the domestic OEMs but require more confidence than a single-rear-wheel truck can provide. Plus, the Titan XD Dually Project just looks cool, and we wish there were more than one of them out there. 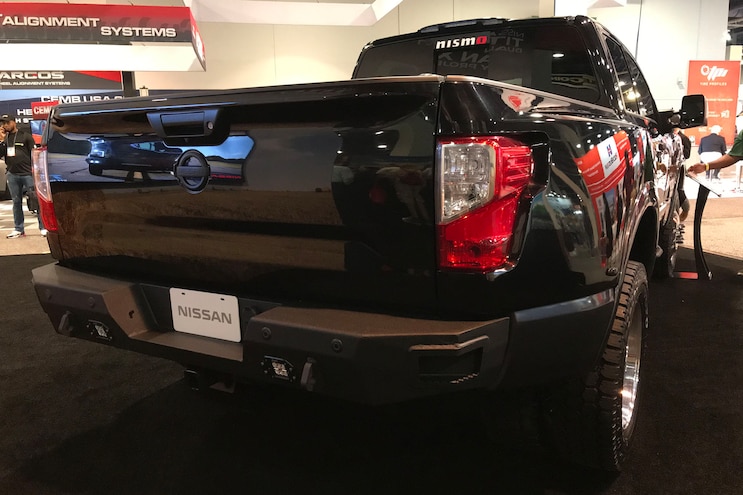 But that's just what the SEMA Show is all about—stoking the imagination and, sometimes, teasing the viewer with what could have been.