One Last Look as SEMA 2019 Literally Passes By On the last day of SEMA, despite buyers, exhibitors, and media being worn out from a long week, there is one more must-attend event. The SEMA Cruise is the official roll-out of vehicles from all over the Las Vegas Convention Center venue. There are other ways to leave the area but this is the coolest way to exit and let the crowds get one last glimpse of your hard work. This parade of sorts lasts for more than 3 hours as spectators line the route to see all of the rides that are custom painted, brightly lit and rolling out on eye-catching wheel/tire combinations.
It begins with the Optima Street Car Challenge vehicles and while there were no trucks in that initial group, the old Metro van painted as a patina'd school bus that belongs to Optima rolled through laid-out and sporting some custom fabrication work. As the trucks began rolling through, the variety this year was impressive. From a Toyo Tires Drift-style pickup to the massive Bad Habit monster truck and everything in between, there was a style for every truck enthusiast. Several slammed classic trucks cruised through including multiple F100 trucks, a handful of C10's, River City Rods newest camper creation called Brown Sugar, and the C50 called Nighttrain that we showed you in our preview coverage but this time, it had a Ferrari 328TT chillin' on the back! 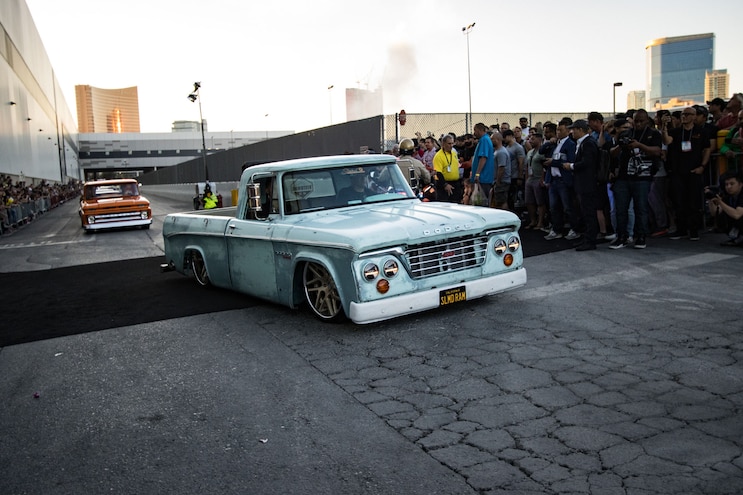 View Photo Gallery | 277 Photos
Photo 2/277   |   Sema 2019 Truckin Roll Out Ignited 06
There were also a couple Truckin cover trucks rolling through. Phat Phabz built 2019 Silverado and the Rtech '66 K30 known as Ponderosa both grabbed some attention on their way past the grandstands. Plenty of Off-Road trucks came through with massive lifts, huge tires and many had their LED Lightbars as well as undercarriage lighting shining brightly. After over 3 hours cruising by, the line of custom vehicles began to dwindle and the sunlight was completely gone.
SEMA 2019 was now officially closed. Some spectators along with the general public made their way over to the SEMA Ignited event set up in the Platinum parking lot to get another look at the vehicles parked there, eat from various food trucks and visit the available vendors for some merchandise while the work inside the convention center across the street was already underway to pack up this massive event until next year. 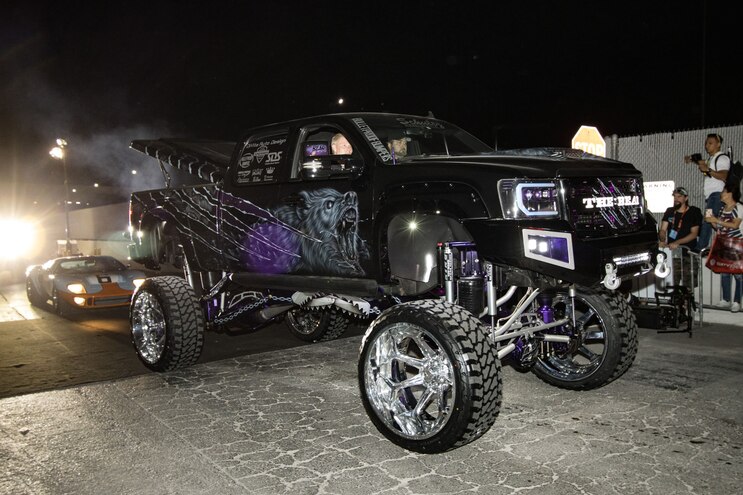 - OF
By Team Truckin
41 Articles