It can be said the Specialty Equipment Market Association's (SEMA) annual automotive-aftermarket extravaganza in Las Vegas is the epitome of a phenomenon known as "snowball effect." Meaning, like a snowball rolling downhill, the show seems to get bigger and bigger each year—with more wicked builds on display and show goers on hand to check them out—than there were only one year prior.
Motor Trend Group's Truck Trend Network has been busy all week, putting in the legwork (walking the equivalent of miles throughout the convention-center property) that's necessary for finding incredible rigs built by masterful, creative truck customizers from all over the world.
We continue now with our third report on the day's Top 10 Bad-Ass Trucks (if you missed the first or second installments, http://www.trucktrend.com/news/1911-top-10-bad-ass-trucks-part-1-mtsema19 and http://www.trucktrend.com/news/1911-top-10-bad-ass-trucks-part-2-mtsema19. Enjoy, and stay tuned for more
#MTSEMA19
Alabama's Brody Stone's '70 Chevrolet C-10 is, in a word, unreal! Built by the team at Barnyard Builds, this work of mechanical art features a compound-turbocharged, 800hp 6.6L Duramax LML engine under its custom-channeled hood, and a Ford ZF-6 manual transmission is connected to it. 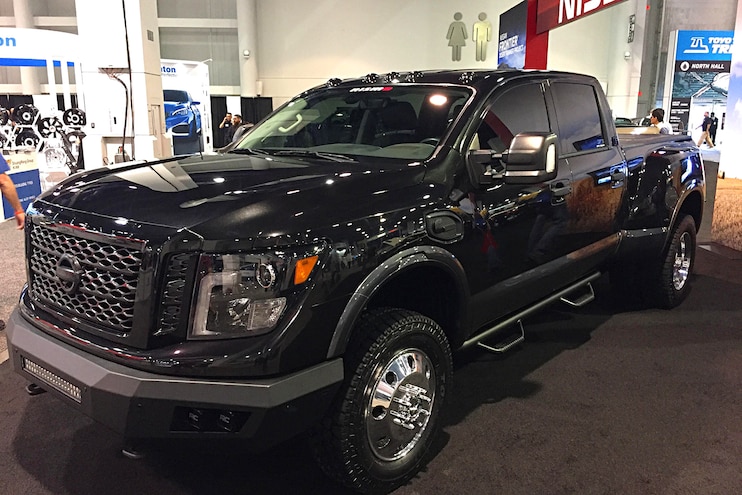 View Photo Gallery | 20 Photos
Photo 6/20   |   Hard-core pickup fans might see this one-off Nissan Titan XD as "the truck they should've made." In all honesty, we think it would be hard to blame them for thinking it. The manufacturer had this 5.0L Cummins-powered dream-come-true parked at its display in SEMA's South Hall. The wildly uncommon is the norm at SEMA. This ultra-rad welding rig is comprised of a '37 Chevrolet Maple Leaf that's mounted on a '96 Dodge chassis, with a '57 Cadillac backhalf serving as the welding deck. Motivation comes by way of a '96 5.9L Cummins engine that pumps out 800 hp, thanks to a BorgWarner 476 SX-E turbocharger and Ice Box Performance intercooler. View Photo Gallery | 20 Photos
Photo 11/20   |   This hot-rod '35 Chevy pickup was built using a Factory Five kit and powered by a Ford 5.0L Coyote engine. With twin turbochargers hanging at either side, there's no doubt this little truck hauls tail without effort. 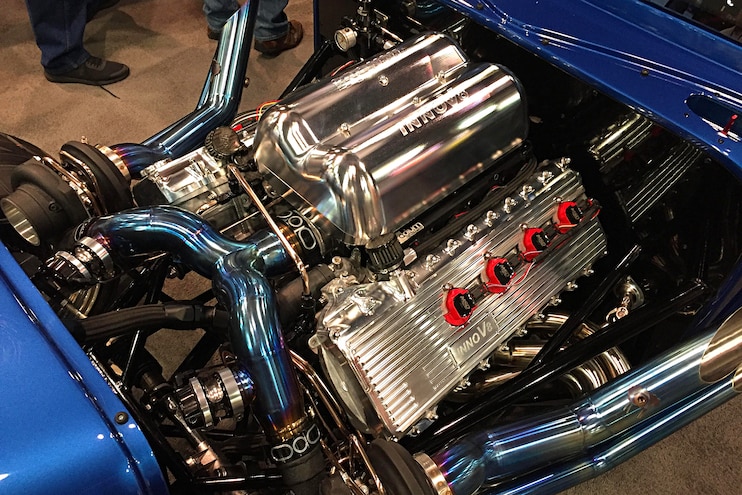 We doubt that any hard-core gearhead would mind being rescued by this way-cool flatbed. The '50s-era Chevy hauler (it's mounted on a late-'90 Dodge chassis and moves under the steam of a 5.9L 12-valve Cummins engine) is the result of a build project done by students at Southwest University Diesel Shop in El Paso, Texas. Unfortunately, this bad-ass rig was tucked away in a corner of one of SEMA's annex buildings. We hope including it here brings more deserved exposure, as it's one of the really cool pieces at the show. 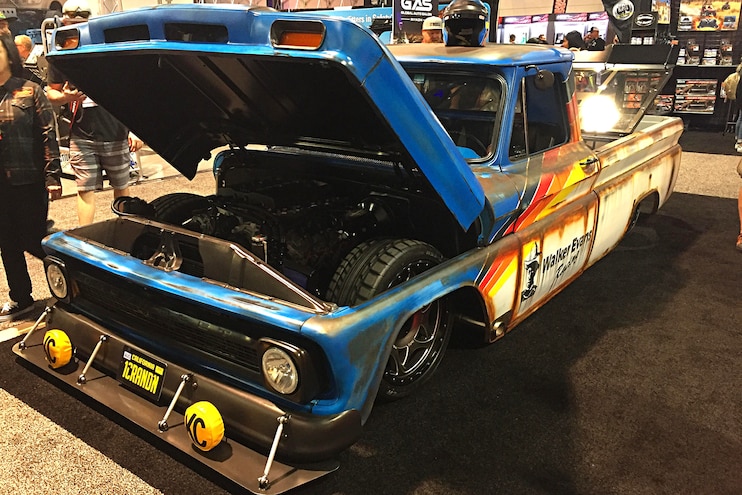 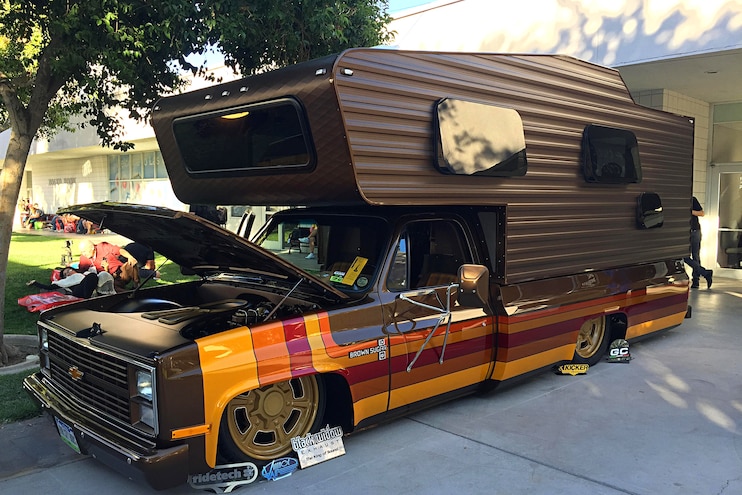 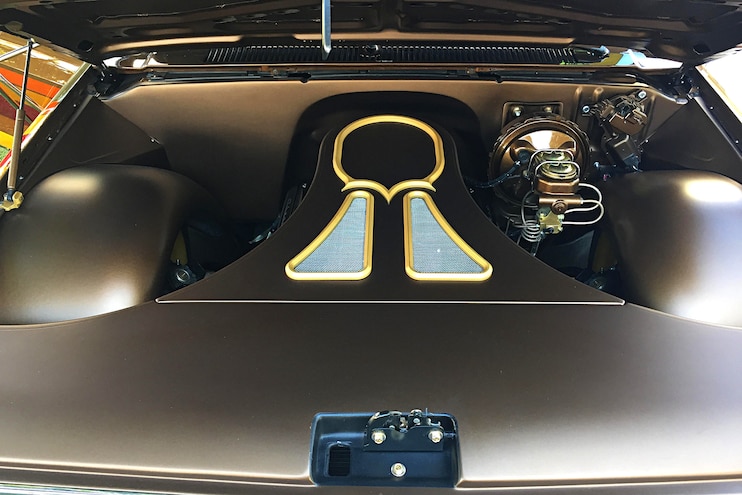 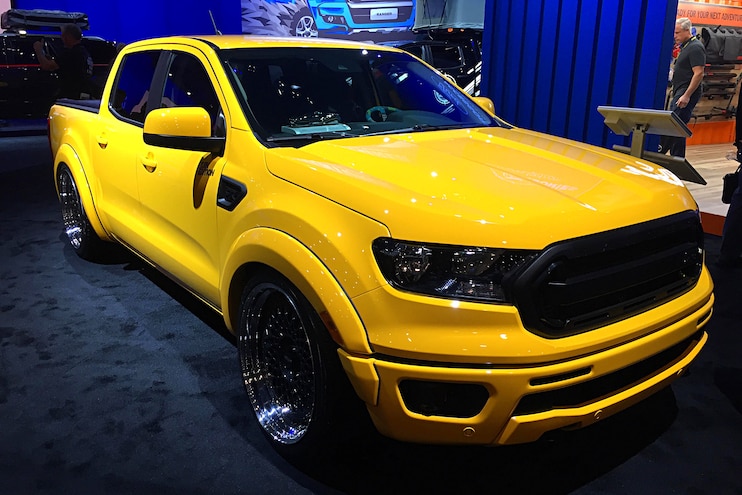 View Photo Gallery | 20 Photos
Photo 20/20   |   While early iron is in abundance at the SEMA Show, there are also plenty of new-era trucks on display. This '19 Ford Ranger is done up with a slick, street attitude. Ready for cruising.