All Stallions, No Donkeys 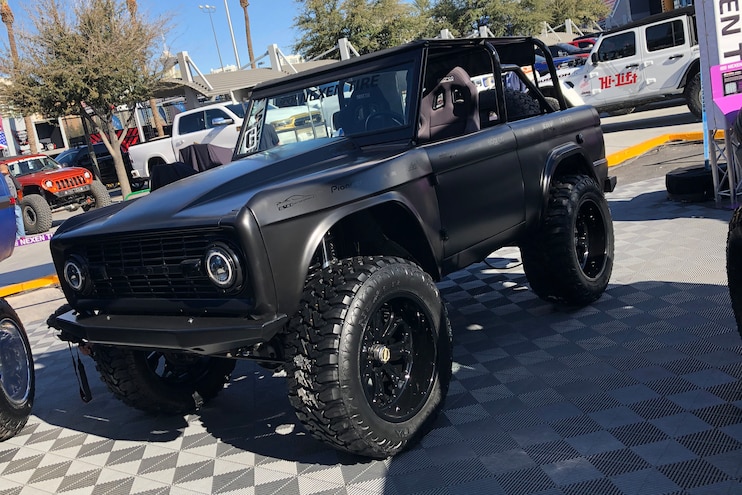 Ford had the hearts and minds of automotive journalists and enthusiasts across the country racing this year at the prospect of the world debut of one of the most highly anticipated new vehicles in recent memory, the new Bronco. A group of select media was shuttled to a remote site in the desert near Las Vegas on Monday, hoping to be the first to see the new SUV. Unfortunately, (or fortunately, depending on your point of view) what was revealed was a Geiser-built race truck Bronco R "prototype" that will be running in the SCORE Baja 1000 off-road race later this month.

Not keen to give up, people gathered by the hundreds in the Ford booth in the Central Hall of the Las Vegas Convention Center on Tuesday for a special unveiling that was also thought to be the production Bronco, or perhaps the yet unnamed "baby-Bronco." Alas, it wasn't so (we could have told people that, as Ford has said publicly that Bronco will be shown in Spring 2020) and was instead an amazing rebuild of a classic Bronco. 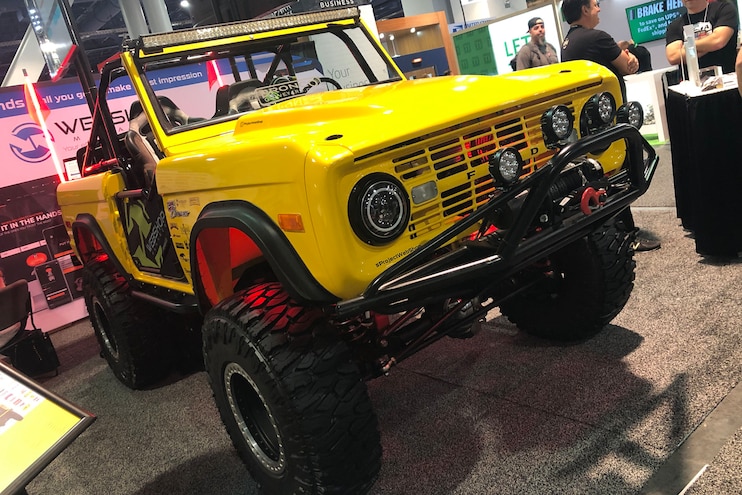 With Bronco fresh on the mind, we kept our eyes open for prime examples of the classic off-roader as we wandered the SEMA show floor, and what we found did not disappoint. All were fully restored, and some went the classic route while others the resto-mod approach. Most had large modern engines under the hood churning out big power, which is always a fun addition to a short wheelbase vehicle. The biggest offenses we found were ugly (modern) LED headlights and colored rock lights (the kids used to call this under glow in the Fast and Furious days)—but we can forgive them if you can. All the Broncos we found were of the classic body style, and none were white (unsurprisingly).

We're excited at the prospect of 2020 Broncos taking over SEMA next year, maybe finally challenging Wrangler for the title of most popular SUV of the show.

- OF
By Jason Gonderman
781 Articles