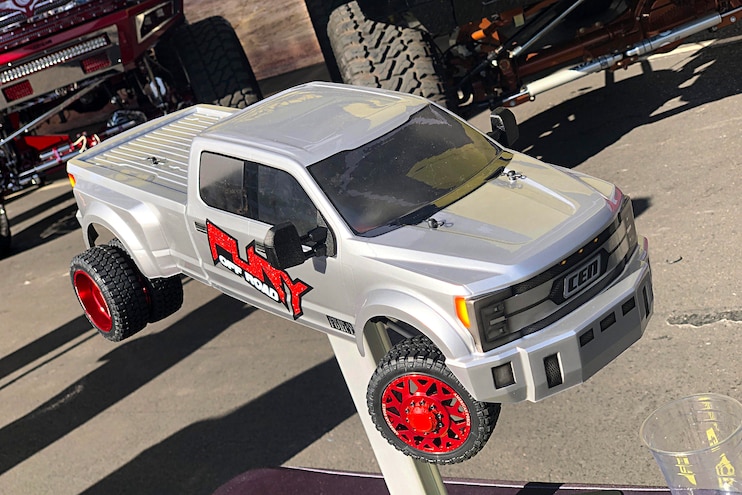 The Specialty Equipment Market Association, or SEMA for short, holds its annual trade show each fall in Las Vegas. But you knew that already. What you may not know is that the SEMA Show isn't actually a car show. From the outside it's easy to see how this could be assumed, as all of the coverage of the show circles around the amazing truck, SUV, and classic car builds that adorn the thousands of booths and hundreds of thousands of square feet of show space. Rather, the SEMA Show is a place where companies come to meet with suppliers, vendors, retailers, and members of the media in an effort to create new paths to market their products. 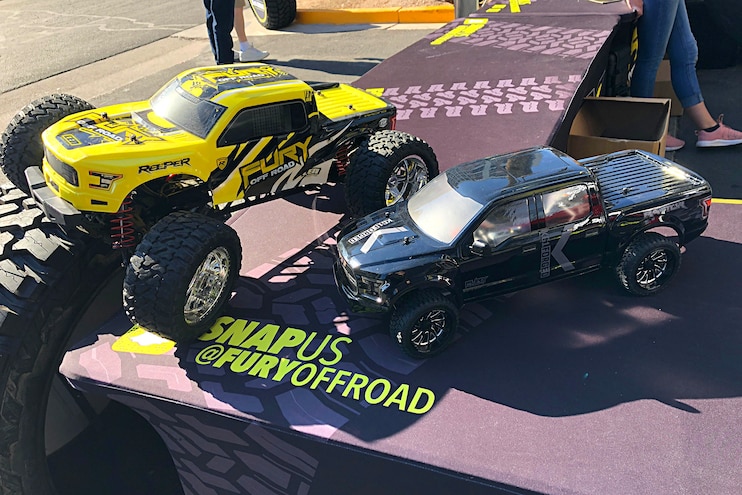 One of these new products that we've noticed becoming more and more prevalent at the show are radio-controlled (RC) cars. Interesting as it may be, many of the big-name players in the automotive aftermarket are now hawking miniature versions of their larger hero truck builds and products. Fury Off-Road had several RC versions of past builds, including long-bed dually pickups, on display wearing tiny replicas of the company's wheels and tires. Rigid Industries had out a replica Ford Raptor, and we found a pretty sweet Jeep Wrangler build with a tiny version from Axial sitting on top. And this was just scratching the surface, as the folks at Pitbull Tires had a full-on off-road course set up—complete with rocks, sand, dirt, and logs for people to try out their new RC buggies. The tire company even offers a full line of RC accessories that includes light bars and bumpers. 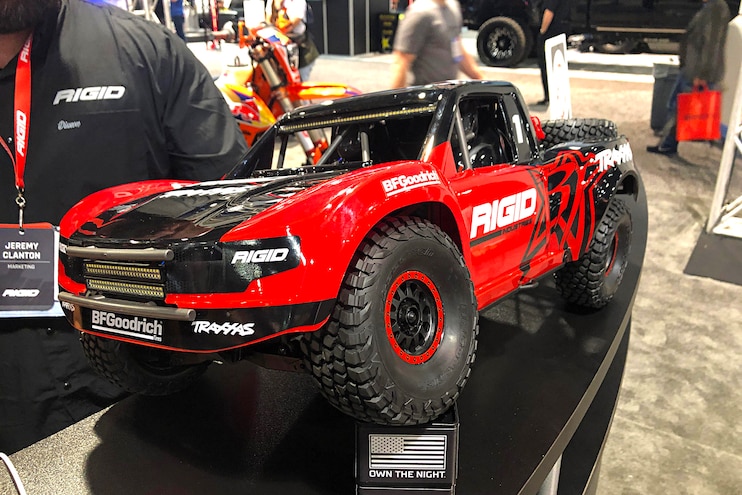 RC cars and trucks have become such a big part of the show that Traxxas, one of the largest names in the RC business, has one of the largest displays in the Racing and Performance pavilion of the SEMA Show. So, while the full-scale builds tend to steal the show, these miniatures might just be the next big thing.