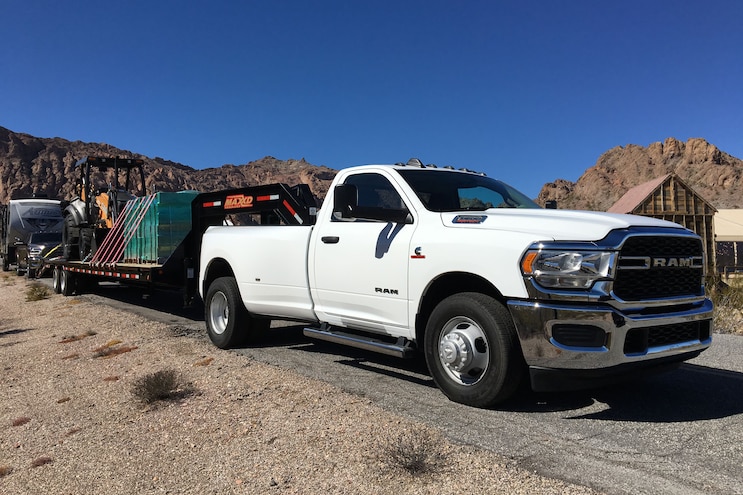 More on Diesel Engines!
Driving the 2019 Ram 3500 Heavy Duty
Driving Chevrolet Diesel-Powered Silverados
2020 Ford's Super Duty Pickup 6.7L Power Stroke Dyno Test
As we prepare to start a new decade, let's take a last look at 2019; a year that we're sure fans of Model Year 2020 Ford, GM and Ram heavy-duty pickup trucks are calling "spectacular," thanks to the Power Stroke, Duramax and Cummins diesel engines under their hoods.
The newest oil burners are all about torque. Serious twist, the kind that makes these rigs, when lined out accordingly, capable of towing up to 37,000 pounds. Here is some quick data about each platform. With four-digit torque now "common" for the diesels found in non-commercial rigs, how long will it be before the 500-horsepower mark is eclipsed? 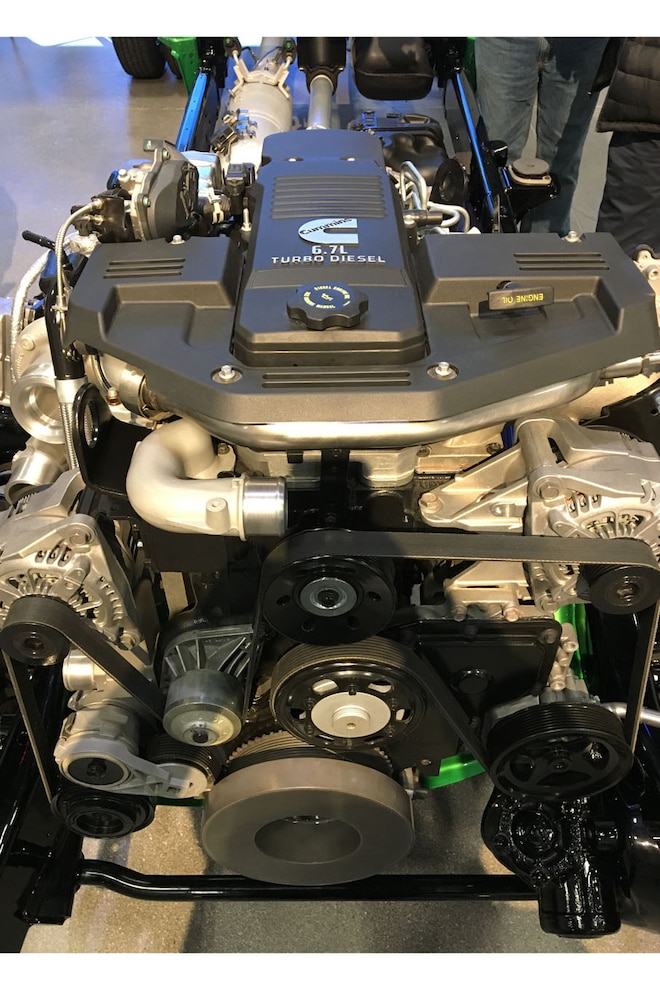 While horsepower and torque for the 6.6L Duramax L5P V-8 engine in Chevrolet's and GMC's 2020 big rigs is still 445hp and 910 lb-ft (since 2017), the powerplant's performance and efficiency was catapulted to the next level by the all-new, Allison ten-speed automatic transmission that is now standard in those rigs.
Despite having less torque than its competitors, the Duramax combined with the 10L1000 gearbox created more towing capability for new Chevys and GMCs (35,500-pounds maximum for regular-cab, two-wheel-drive dualie). So, in essence, less (engine output "by the numbers") resulted in a bit more (towing) for GM, as the improved drivetrain edged its Bowtie and Jimmy rigs in front of Ram by 400 pounds.
SPECIFICATIONS:
Engine: Duramax L5P
Displacement: 6.6L (403 ci)
Configuration: V-8
Power: 445 hp @ 2,800 rpm
Torque: 910 lb-ft @ 1,600 rpm
Turbocharging: Singe variable-geometry turbocharger
Bore x stroke: 4.05 x 3.89 inches
Compression ratio: 16.0:1
Valvetrain: OHV with four valves per cylinder
Head Material: Cast aluminum
Block Material: Cast iron
Transmission: Ten-speed automatic 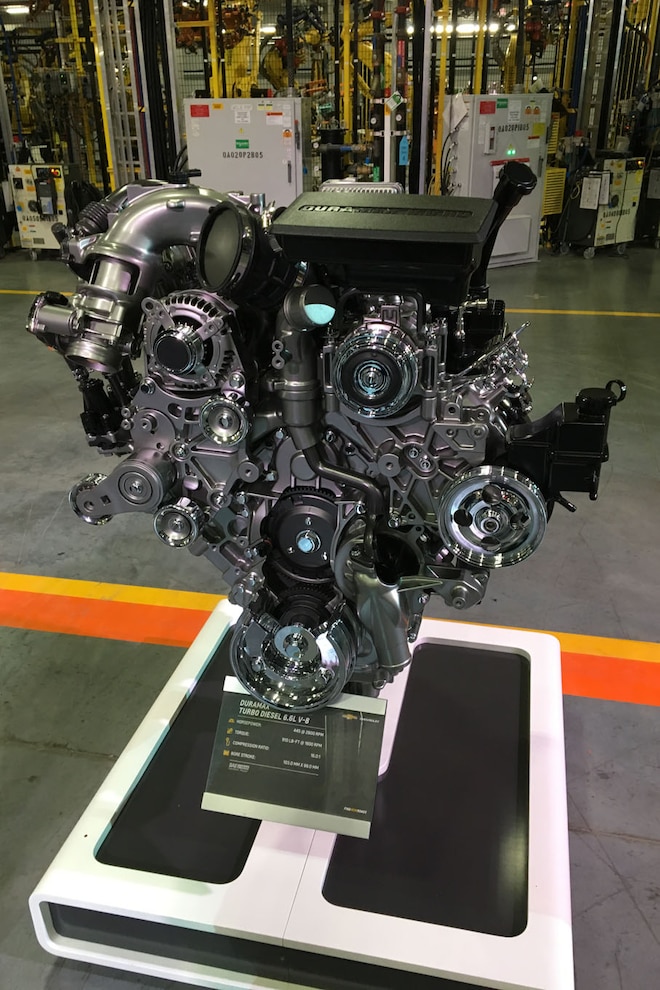 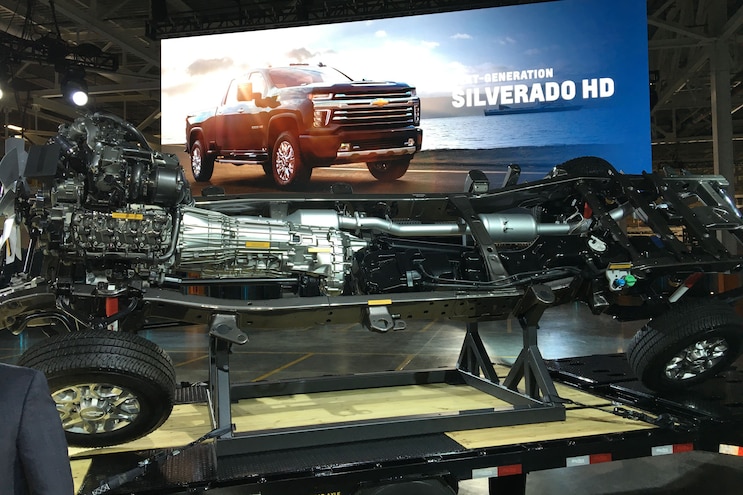 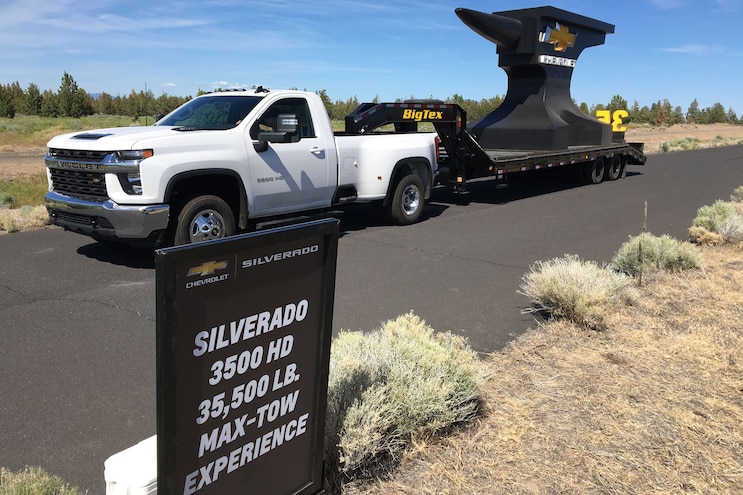 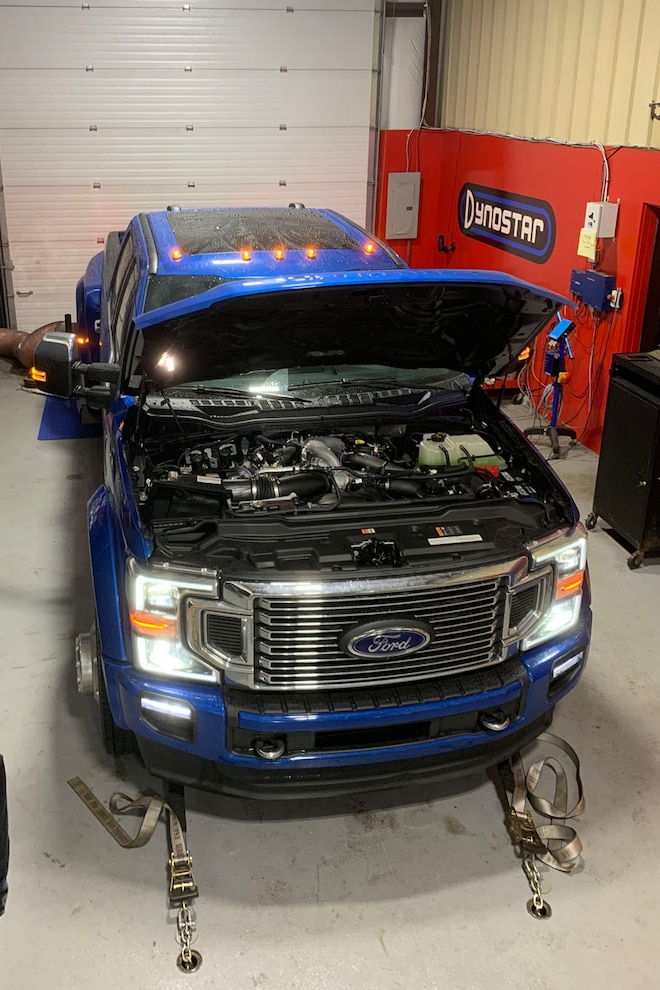