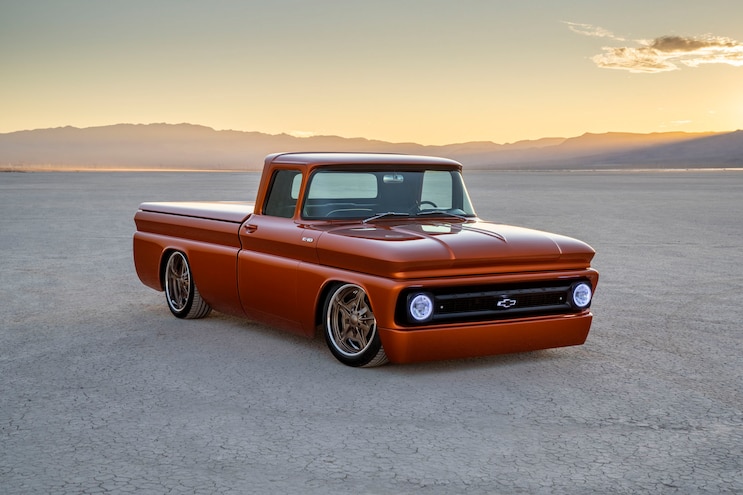 Ford, Mopar, and Chevrolet brought their A game to the restomod scene at the 2019 SEMA Show, and they each went about it in a totally different way.

Ford kept the exterior of its fabulous 1968 Ford Bronco looking relatively stock, keeping the most significant upgrades invisible. Mopar started with a 1968 Dodge D200 pickup, modifying it into a brute with loads of old-school flair and vintage grunt. And Chevrolet turned a humble 1962 C10 pickup into a thoroughly modern "E-10" all-electric hot rod, featuring plenty of low-end torque and ground-scraping style. 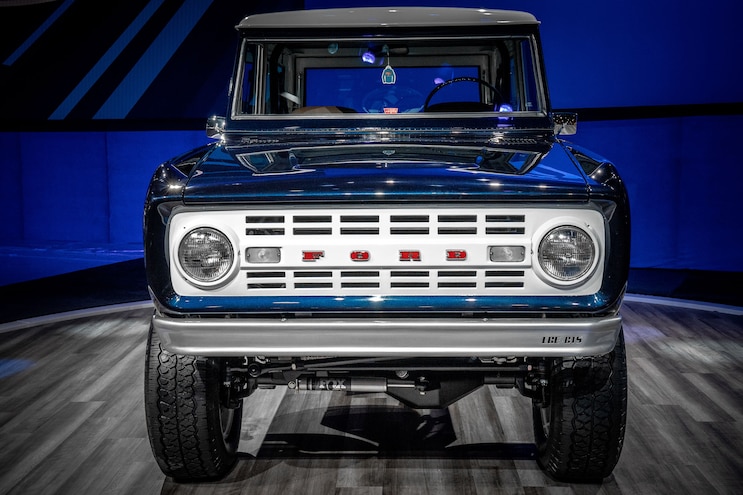 Ford decided to kick things up a notch with a restomod owned by none other than Jay Leno. The comedian and car personality revealed his 1968 Ford Bronco, assembled by LGE-CTS and powered by a 2020 Shelby Mustang GT500's supercharged 5.2L V-8, at the Blue Oval booth at the 2019 SEMA Show.

Restomods are cool, but sometimes they alter styling to the point that the original vehicle is unrecognizable. That's obviously not the case here, thanks to reproduction body panels by Dennis Carpenter Ford Restoration, as well as vintage-styled 18-inch "John R" Detroit Steel Wheels. Wrapped in BFGoodrich Rugged Trail T/A tires with a relatively tall, skinny profile, the rolling stock looks great under the Bronco's clean, Tonight Blue and white bodywork. 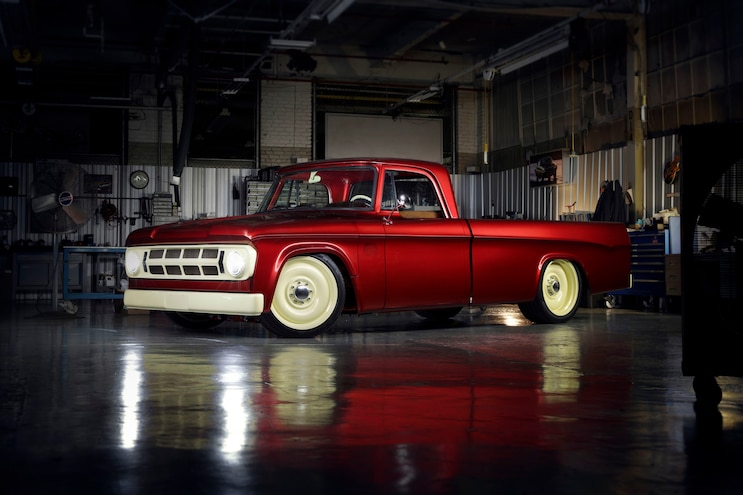 The truck you see here started out life as a humble '68 Dodge D200 Camper Special, but as you can see, it's received a second life as the Mopar Lowliner Concept. (Don't get excited. In spite of the "concept" in its name, there's no chance this thing will ever see production.)

Painted in production-spec Delmonico Red—though with a non-production candy clearcoat—and Dairy Cream accents, the Lowliner recalls a classic, high-dollar hot rod build of the 1970s. The frame is fully boxed, the wheelbase was lengthened, and the truck is lowered on an air suspension for a dramatic appearance. A Cummins 5.9L I-6 and six-speed manual transmission provide motive force, giving this thing a strong dose of power and torque, but in a decidedly old-school way. 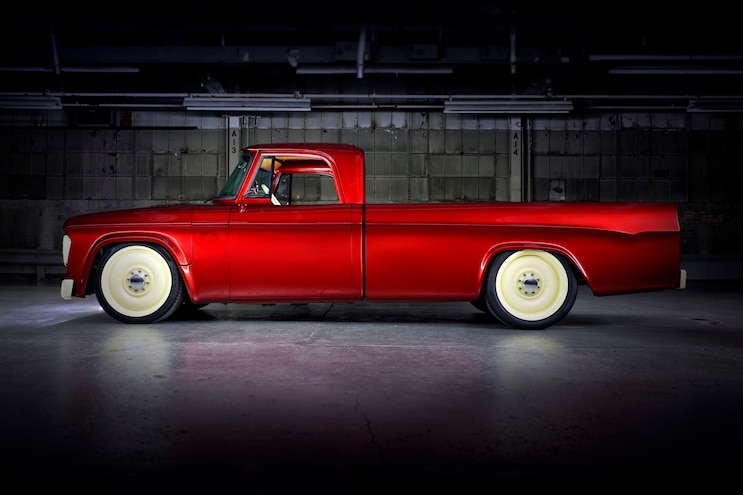 SEMA isn't just about gas- and diesel-burning vehicles anymore, and the Chevrolet E-10 concept is proof of that. Based on a 1962 C10 pickup, the E-10 boasts 450 hp and plenty of instant-on torque courtesy of two Chevrolet Performance eCrate concept electric motors. Those concept motors are similar to what you'd find in a Chevrolet Bolt EV hatchback, making production a feasible option.

Unusually for an EV, the Chevrolet E-10 also boasts a four-speed SuperMatic 4L75-E automatic transmission that drives the rear wheels. Powering the drive unit is a pair of battery packs, each providing 60 kWh of energy. The batteries are found in the bed under a hard-shelled, side-opening tonneau cover, giving the E-10 smooth and clean styling. View Photo Gallery | 10 Photos
Photo 9/10   |   The Chevrolet E-10 takes an old truck into the 21st century with an all-electric drivetrain powered by a bed full of batteries and electronics. But even without its headline-grabbing EV-ness, it's still a very modern truck thanks to sleek styling and an excellent color scheme.

The EV concept will make the jump to 60 mph in an estimated 5 seconds, with quarter-mile times in the high 13s. To appease the less imaginative hot-rod enthusiast, the truck has an external speaker up front and two in the rear, simulating the induction and exhaust noises of a conventional V-8 (OK, boomer). At the very least, the driver can select between an LS7 Z28 sound, a "futuristic" sound, or silent.

LEDs fire the funky headlamps, taillights, and illuminated Bow Tie emblems in the grille and tailgate. Bronze-painted wheels measure 20 inches up front and 22 inches in the rear. And the E-10's stance has been appropriately lowered to match current hot rod trends.

We're not sure if electric-powered vintage vehicles are heretical or fantastic. Regardless, we find ourselves lusting after the 1962 Chevrolet C10 concept a whole lot.

View Photo Gallery | 10 Photos
Photo 10/10   |   Fun detail: the twin electric motors under the hood are joined together in a V-shape, recalling a hot rod-typical gas V-8. Respect your elders, kids.