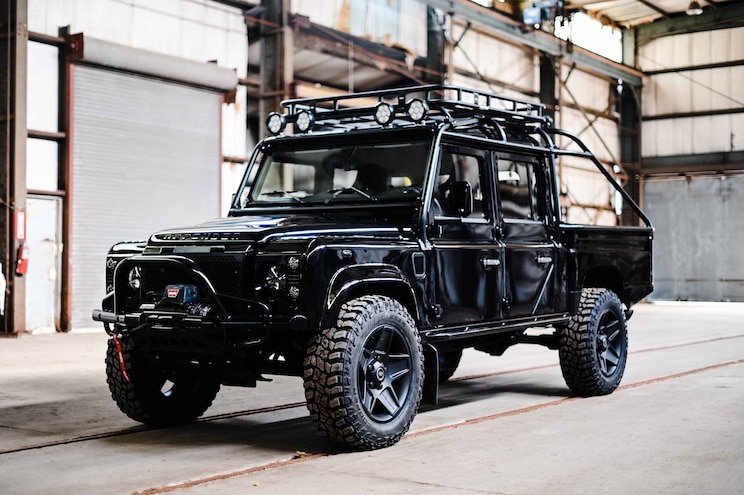 Osprey Custom Cars, a family-operated business founded by Aaron Richardet in 2009 and based in Wilmington, North Carolina, prides itself in "producing the finest machines possible, with impeccable attention to detail." Its employees are confident that if a client can dream it, the firm can make it happen. 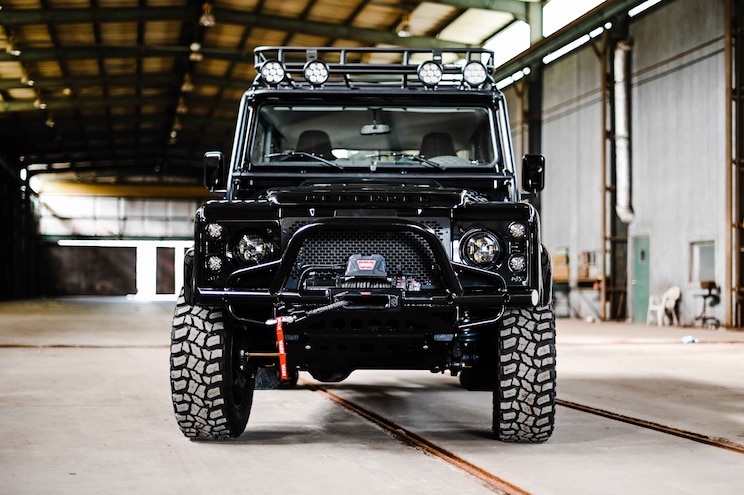 View Photo Gallery | 56 Photos
Photo 2/56   |   1992 Land Rover Defender Osprey Custom Cars 13
Osprey specializes in creating immaculate, bespoke custom restomod overland vehicles out of the venerable Land Rover Defender. Given how cool the Defender is all on its own, it wasn't hard to come up with five things we love about Osprey's 1992 Land Rover Defender 110 (white) and 130 (black) restomod builds.
If you scroll through the company's website or social properties, you'll see dozens of cool Land Rover builds that are available for purchase as well as ones that have been sent off to happy homes. You'll need to have your checkbook ready for a meticulous frame-off build of this caliber, but if you're in the market for this type of Land Rover Defender, you already knew that. 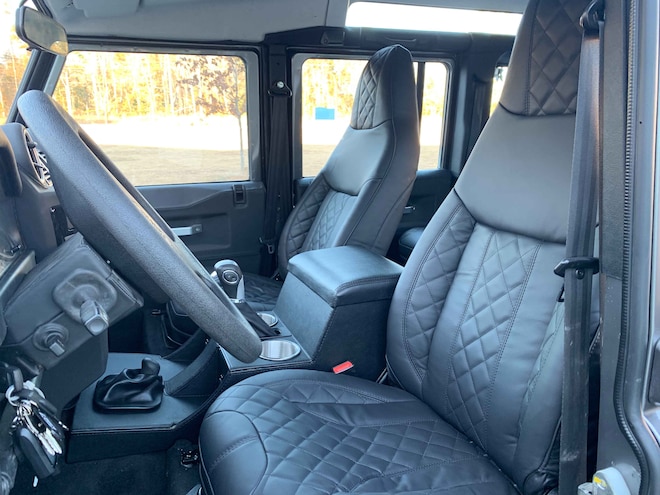 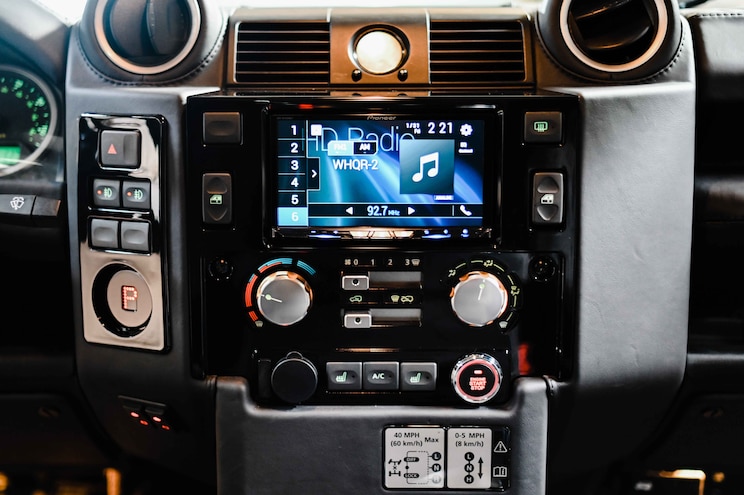 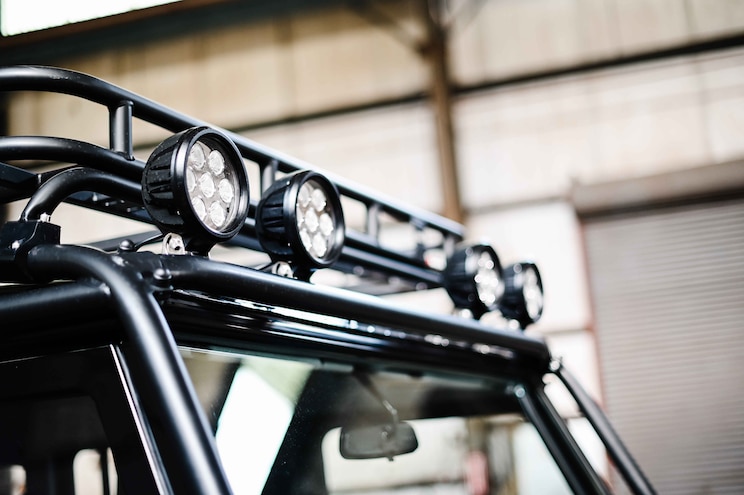 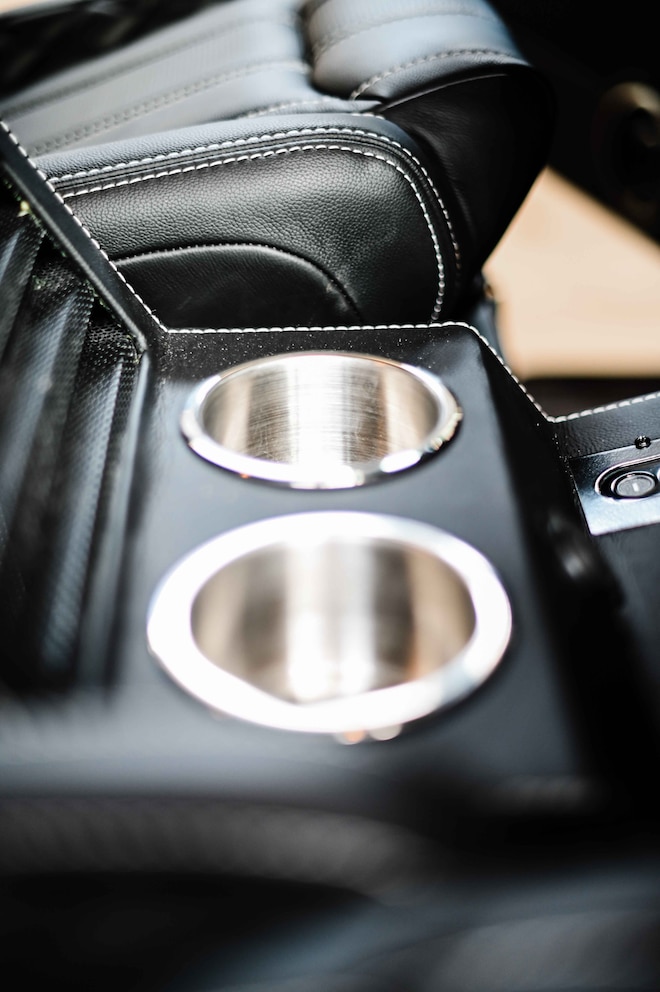 View Photo Gallery | 56 Photos
Photo 7/56   |   1992 Land Rover Defender Osprey Custom Cars 31
1. Modern Drivetrain
You just can't beat modern power. Osprey Custom Cars has been swappin' LS3 engines into Land Rover Defenders since 2013. Both of the 1992 Land Rover Defenders highlighted here have 6.2L LS3 V-8s (480hp/485lb-ft of torque) stuffed under the hood, each one mated to 6L80E six-speed automatic transmissions. Yes, please.
2. Creature Comforts
If you could have a Defender with heated Corbeau seats, leather upholstery, an HVAC system (that actually works) with separate rear controls, sound deadening and heat shielding, wireless charging pads, USB charging points, LED ambient interior lighting, power front windows, power door locks, remote start, and more of the sort, would you really turn it down? Probably not. We're suckers for that which adds comfort, convenience, and pleasure to the driving experience.
3. Tunes 'n Technology
Didn't know a '92 comes with a touchscreen, Bluetooth, Apple CarPlay, Android Auto, a backup camera, tweeters, and subwoofers? These builds have been modernized with Alpine, Pioneer, and JL Audio niceties, because hearing your favorite podcast while overlanding indeed does matter.
4. Overland Function
Even though these 1992 Land Rover Defenders are pretty, they're not fragile. They're fully functional and could be considered fit for some off-road fun and exploration, although narrow trails may be painful. Since every nut and bolt has been replaced and every part swapped, beefed-up, or evaluated, it's safe to say worn out parts won't be a problem; there's a level of confidence that comes with fresh mechanical bits. Osprey claims a "rigorous and documented testing procedure" before transporting its builds to customers. Also, skid plates, optimal engine cooling, roof racks, auxiliary LED off-road lights, exoskeletal roll cages, winch bumpers with winches, rock slides, rocker panel guards, and front and rear anti-sway bars indicate functionality in addition to showroom looks. (But don't get us wrongâwe wouldn't want to beat on them, and the debate of can versus should off-road comes into play. )
5. Refined Finishes
It's all about copious billet aluminum, anodizing, piano-black finish, a gorgeous topcoat, and satin and gloss black powdercoating. But for $189,000, we're not surprised.

- OF
By Monica Gonderman
646 Articles