Dodge's Viper-powered performance truck sells for $22K—and we want one so badly. 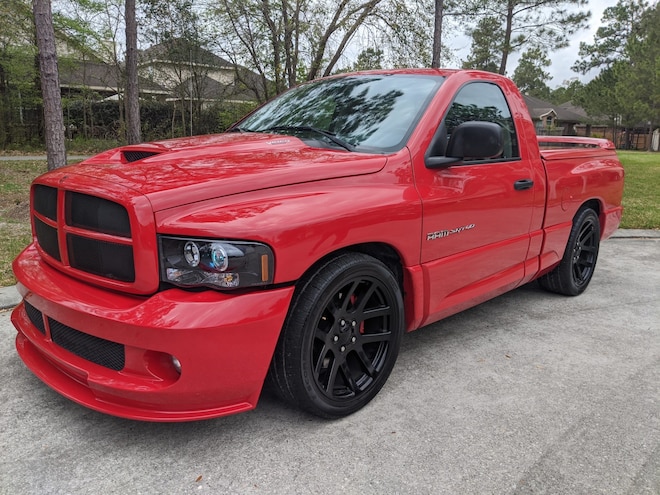 When it comes to factory-built performance trucks, the Dodge Ram SRT-10 is high on the food chain. Big engine, big horsepower, unashamed branding, and unrepentant tire death were par for the course when it came to this pickup with the heart of a sports car. When an SRT-10 recently sold at auction, we couldn't help but reminisce the awesomeness of the Viper-powered onetime sports-car killer with a bed.
This particular 2004 Dodge Ram SRT-10, painted in hello-officer Flame Red, sold for $22,400 on Bring a Trailer; originally, its base price would have been around $45,000. This was allegedly one of only 1,040 Flame Red SRT-10s produced in 2004, when the regular-cab body was the only one offered, and came off the factory floor with bolstered SRT seats, power-adjustable aluminum pedals, a floor-mounted Hurst shifter, 22-inch wheels, silver-faced gauges, a hood scoop, a righteous wing, a dash-mounted red start button like the Dodge Viper's, and a trick Infinity sound system. This one added some mild modifications to that formula, including a 1.0-inch front and 2.0-inch rear lowering kit from JTS Venom Performance, custom headlights, dual electric cooing fans, a K&N cold-air intake, and a MagnaFlow exhaust. 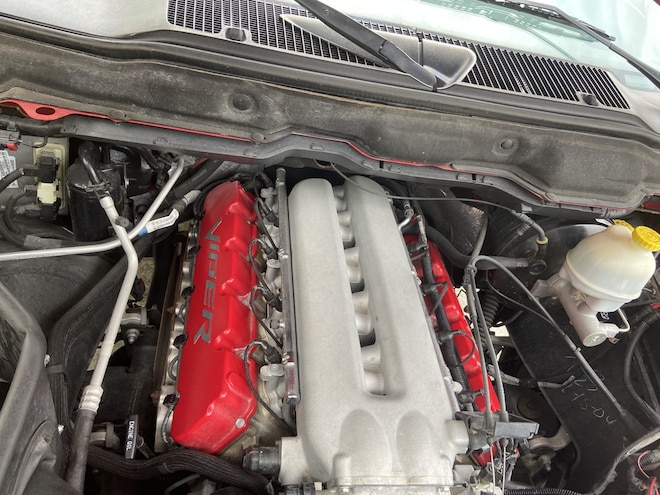 View Photo Gallery | 27 Photos
Photo 2/27   |   2004 Dodge Ram Srt 10 Viper Truck 15
Of course, all that stuff is great, but it's what's under the hood that makes this truck truly kick ass. The Ram SRT-10, affectionately known as the Viper truck, is powered by a Viper-sourced aluminum 8.3-liter (505 cid) V-10, and as the icing on the cake, spins a six-speed manual transmission. It was factory-rated for 500 horsepower and 525 lb-ft of torque, the former number just 10 little horsies shy of the Viper itself. The beefy V-10 truck that sold had only 28,000 miles or so on its odometer, with the seller claiming 10,000 of which were added since 2014. For some reasonâand we can think of a few for a truck like this when high mileage isn't the culpritâthe clutch was just replaced in May 2020 with a South Bend Stage 2 unit. Cheers to a lifetime of burnouts!
Unfortunately, the front end received minor work "when the truck lost control and collided with a tree." When in doubt, blame it on the truck, right? With a license plate of VPR 10, though, we think the owner knew what he was in for. 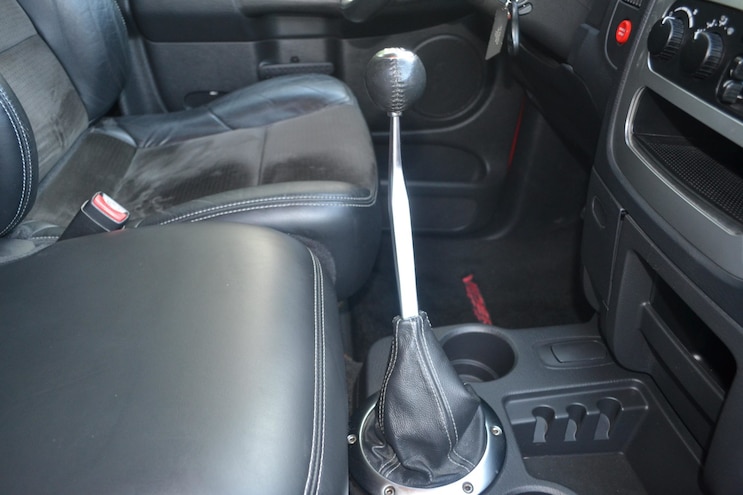