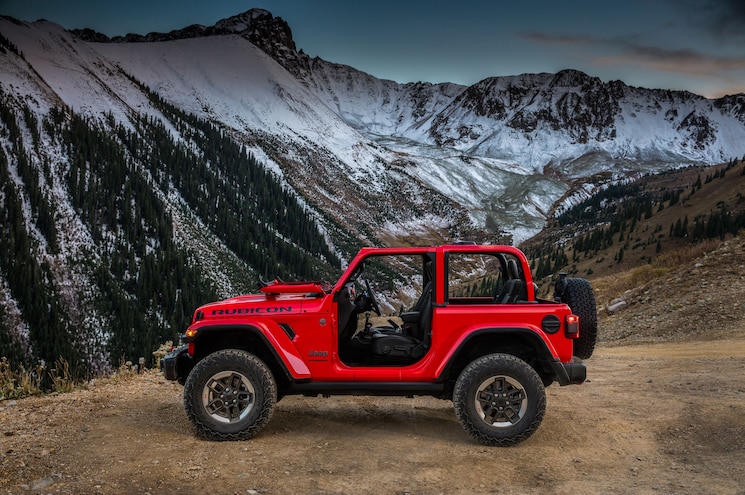 Jeep gave die-hard fans a little Halloween treat today when it showed three images of the all-new 2018 Wrangler and Wrangler Unlimited (codenamed JL) in the press video for the vehicle’s lineup of Jeep Performance Parts.

UPDATED: Press conference video below
As expected, the 2018 Wrangler JL looks very similar to the JK model it replaces, but its appearance has been updated and modernized somewhat. Up front, the outermost grille bars get bisected somewhat, recalling the original lineup of Jeep CJ off-roaders. The windshield also gets a steeper rake for improved aerodynamics, but not at the expense of the Wrangler’s signature forward-folding front glass. 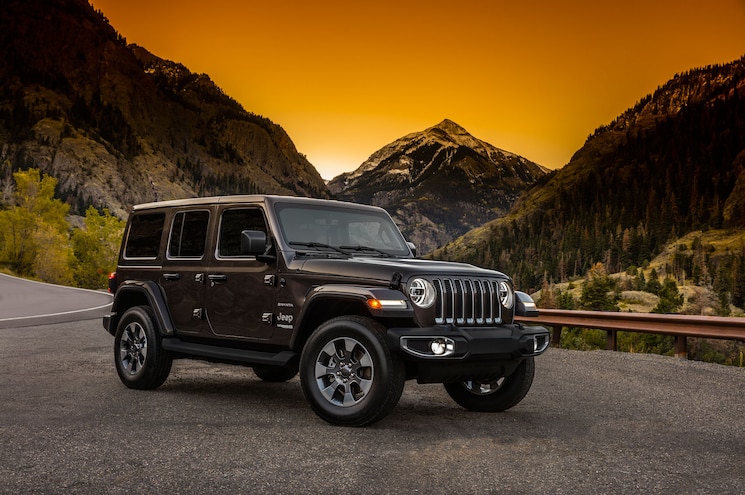 View Photo Gallery | 3 Photos
Photo 2/3   |   2018 Jeep Wrangler Unlimited Jl Sahara Front Quarter
However, unlike the JK, the JL gets a full safety cage even with the windshield folded; on the current Wrangler, the front side rollbars must be removed to flip the glass down. That’s not an issue on the new Wrangler, helping improve rollover safety both on- and off-road.
As predicted by render-happy Wrangler enthusiasts, the JL will get reshaped side glass, pull handles on the doors instead of pushbuttons, and vented front fenders for some added visual pop. The new JL will also feature added features in the way of a rearview camera, updated interior electronics, and the choice of three engines: two gasoline and one diesel. 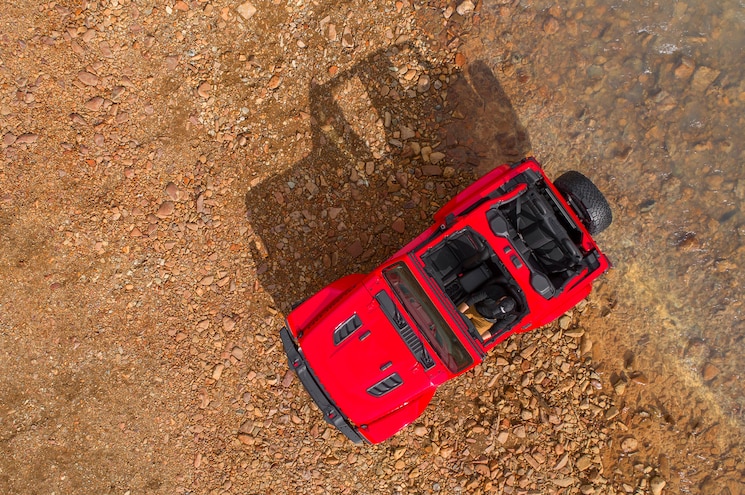 View Photo Gallery | 3 Photos
Photo 3/3   |   2018 Jeep Wrangler Jl Rubicon Top View
Jeep promised an in-person look at the new JL Wrangler at the 2017 Los Angeles Auto Show later in November. We presume more details will be released at that time as well. But until then, we at least have these three images to let our imaginations run wild.
What do you think of the 2018 Jeep Wrangler JL?
Source: Jeep/Mopar