Removable Doors That Reveal Tube Doors for the 2021 Ford Bronco 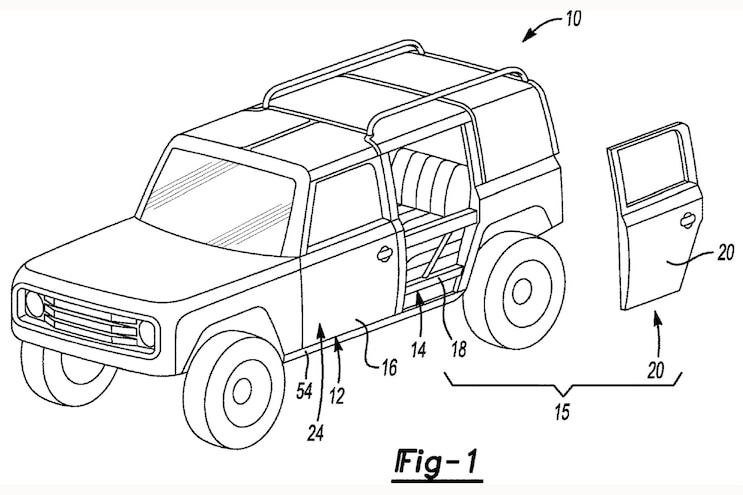 If you haven't been paying attention, you won't know that the 2021 Ford Bronco is a thing with a public release slowly but surely approaching. Those of us who have been paying attention gather that Ford isn't going to pull any punches and that the Bronco will do its name proud when it comes to off-road capability. Truth is with this news, most of us have been waiting with baited breath. What is the 20201 Bronco exactly, well only a few folks at Ford really know (and they ain't talking), but info has slowly been leaking from a few tight lipped sources and some hidden in plain sight. One way that we are learning about the details of the 2021 Bronco is via patent applications Ford is making that some folks are tracking down 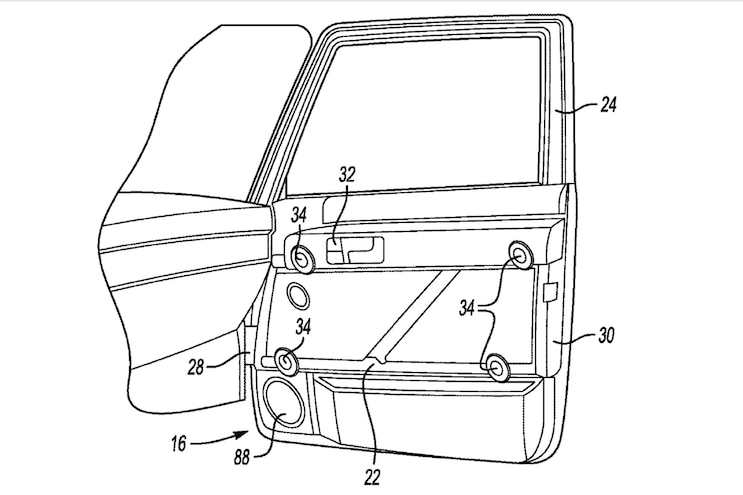 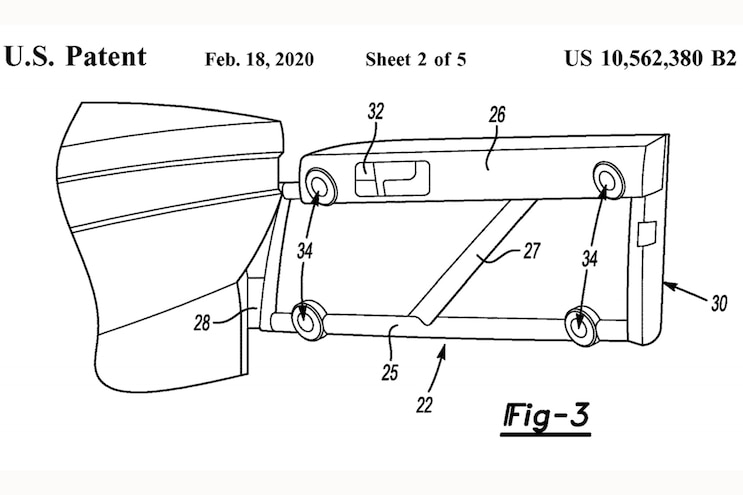 Since as early as late 2018 Ford has been applying for patents that sure seem to hint at a Jeep Wrangler Fighter with tons of innovation. For example we've hear rumor of Ford patents for a removable top, a roll-up rag top, a tailgate canopy, a rollcage, half doors (with mirrors that stay with the car) tube doors, and removable doors. We've also seen a handful of spy photos of cloaked vehicles that range in appearance from shortened F-150s, Rangers, and something much more boxy, and thus Bronco like. 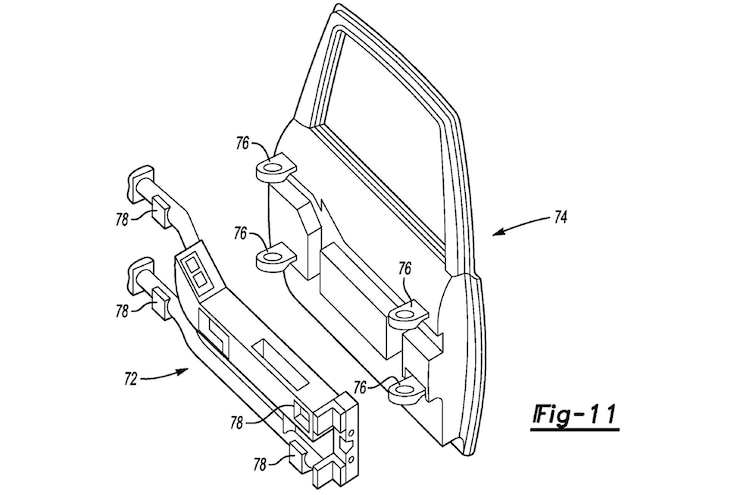 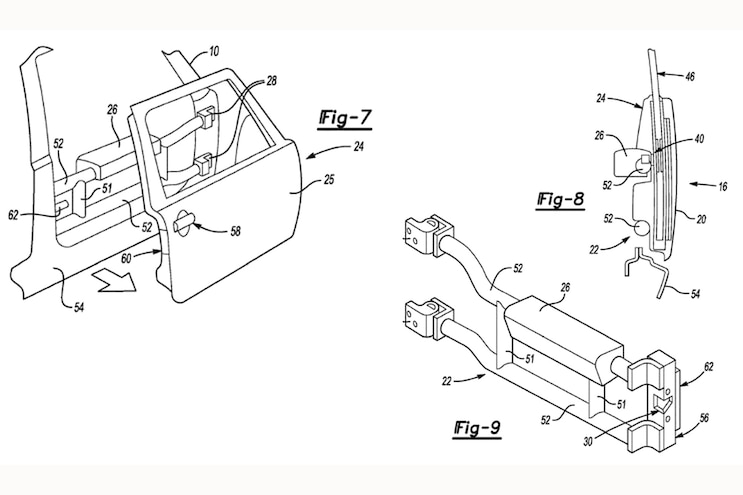 The latest news from the Ford patent "leak" was found by user Topnotch on the Forum at Bronco6G.com. The patent seems to indicate that the Bronco won't just have removable doors, and the option of tube doors (once the regular doors are removed), but rather has "light-weight" convertible doors with a removable "outer door sub assembly". This removable door shell disconnects via quick disconnects from a "gate subassembly" (that's a fancy way of saying tube door). Said tube door provides not only a barrier between the occupants and other vehicles, and other outside objects, but also may house a side impact air bag?