And It Shall Be Known As “PowerBoost” 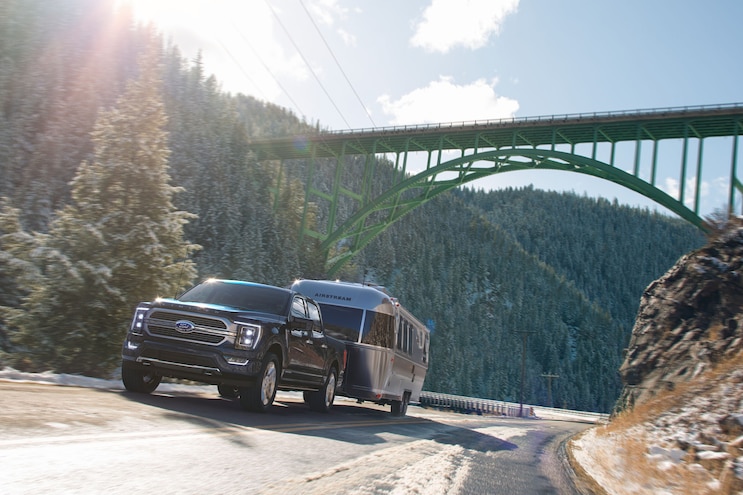 It's been no secret that Ford had intended to bring a hybrid-electric F-150 pickup to market, along with a full-electric variant in the not-so-distant future. As part of the 2021 model year refresh the company has introduced us to the all-new PowerBoost hybrid F-150.

While only a few specs were given during the unveiling presentation, what we do know is that this hybrid version of Ford's best-selling pickup will be paired with the company's 3.5L EcoBoost V-6 engine and 10-speed automatic transmission. It will also be available in either two or four-wheel drive. The PowerBoost hybrid drivetrain will be available in every trim, from XL to Limited. We don't yet know which cab styles will be involved, but we wouldn't be surprised to see this be a Super Crew only application. 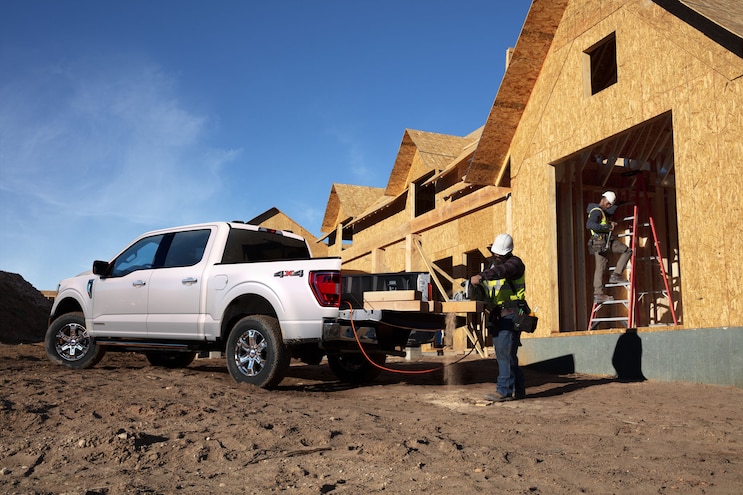 How Does The Hybrid System Work?

Providing the electrical propulsion is a 35kw motor, which is equivalent to 47 hp (according to Ford). The electric motor is located inside the case of a specially designed version of the company's 10-speed automatic transmission. A 1.5 kilowatt-hour battery is mounted underneath the truck as to not sacrifice any cab or bed space. For comparison, Ram's eTorque mild hybrid uses a 0.4kWh battery and a Toyota Prius uses a 1.3kWh sized battery. Ford's liquid-cooled 1.5kWh battery pack will be used in the 2021 F-150 is likely the same unit currently in use on the 2020 Explorer hybrid, or similar there to.

How Much Power Will It Produce?

Ford has kept power and torque figures under wraps, for the time being. Instead, they've only said that they are targeting the most horsepower and torque of any pickup in the class. If we don't exclude the high-output 3.5L EcoBoost V-6 found in Raptor and Limited F-150 models, we can expect more than 450 hp and 500 lb-ft of torque. 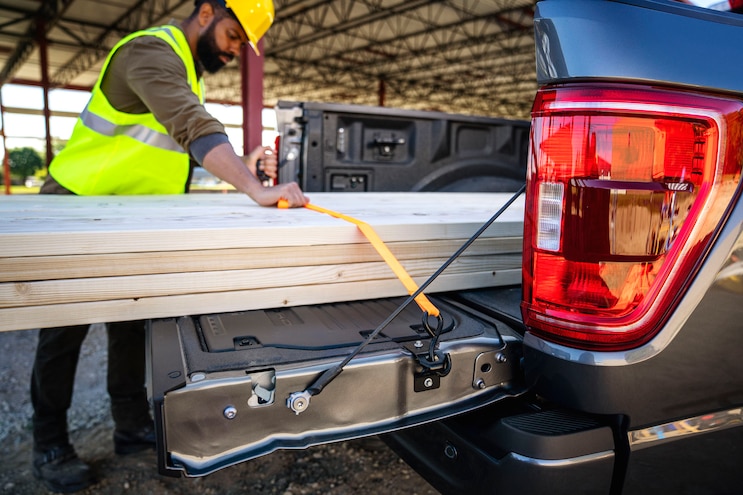 Ford claims a maximum range of 700 miles for the hybrid with a 30.6-gallon fuel tank. So, while no official numbers have been released, we can guess a highway fuel economy rating of about 23-24 mpg won't be out of the question. While our fuel economy estimate is largely on par with the current 2.7L and 3.5L EcoBoost V-6 engines, we also expect a more substantial increase in both city and combined ratings, as this is the area that hybrid vehicles typically shine best.

Ford has also stated that it is targeting more than 12,000 pounds of towing capability from hybrid equipped trucks. This shouldn't be a surprise to anyone, as Ford's current benchmark for towing prowess, which is rated to pull 13,200 pounds, is a 3.5L EcoBoost-powered, two-wheel drive, Super Crew. Nothing has been stated of payload, but if we were to guess based on current specs it should be around 2,500 pounds. 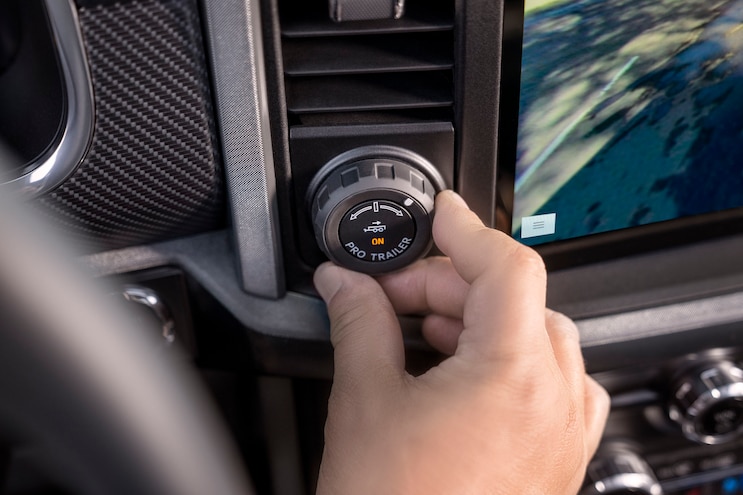 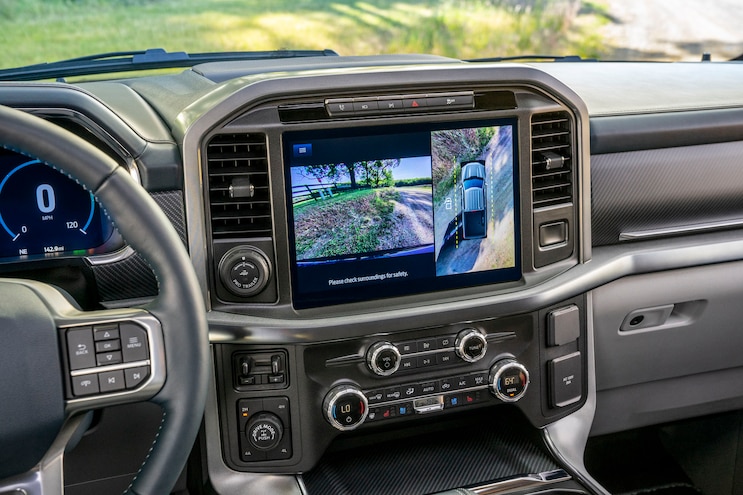 They Said Something About a 7.2kWh Pro Power Onboard Generator?

Among the more interesting features coming to the 2021 Ford F-150 is the onboard Pro Power generator. A 2.4kw generator is standard on PowerBoost hybrid models and the big gun, a 7.2kw generator, is optional on PowerBoost hybrid trucks. The 2.4kw equipped trucks get two 120-volt, 20-amp, outlets in the bed while the 7.2kw optioned trucks receive those plus a 240-volt outlet.

What does this mean, exactly? Well, with 2.4kw generator can run an electric jack hammer and a compact concrete mixer, at the same time, for 85 hours on a single tank of fuel. And the monster 7.2kw generator is capable of running a 120-volt plasma cutter, 120-volt TIG welder, chop saw, 1.5hp air compressor, angle grinder, and work light at the same time, for 32 hours. Gone are the days of overloading the single 120-volt outlet by trying to charge a laptop. 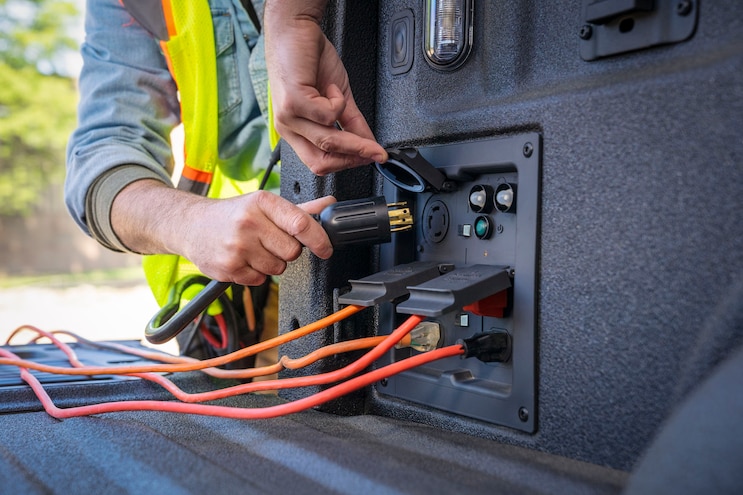 Believe it or not, the 2021 Ford F-150 is not the first full-size hybrid pickup in America. General Motors first offered a hybrid of sorts in the Silverado and Sierra pickups in 2004. These trucks, GM's first passenger hybrids, functioned in a similar fashion to Ram's current eTorque setup. This first hybrid used a small electric motor in the transmission bellhousing to perform an early, and rudimentary, start/stop function.

GM's second-generation of hybrid pickup ran from 2009 to 2013 and was a more modern two-mode hybrid. These trucks used a 6.0L V-8 engine for power and were backed by a pair of 60kw electric motors, which were housed in the transmission. These trucks could be had in either two or four-wheel drive. And the drivetrain was offered in the Chevy Silverado, Avalanche, and Tahoe; GMC Sierra and Yukon; along with the Cadillac Escalade and Escalade EXT. GM claimed a combined horsepower of 379 when combining power from the gasoline engine and electric motors.

Fortunately, you won't have to wait too terribly long to have a hybrid F-150 of your very own. Ford says that 2021 F-150 production will being in the fall of 2020, and we suspect PowerBoost hybrid models will be available on dealer lots before the end of the calendar year.