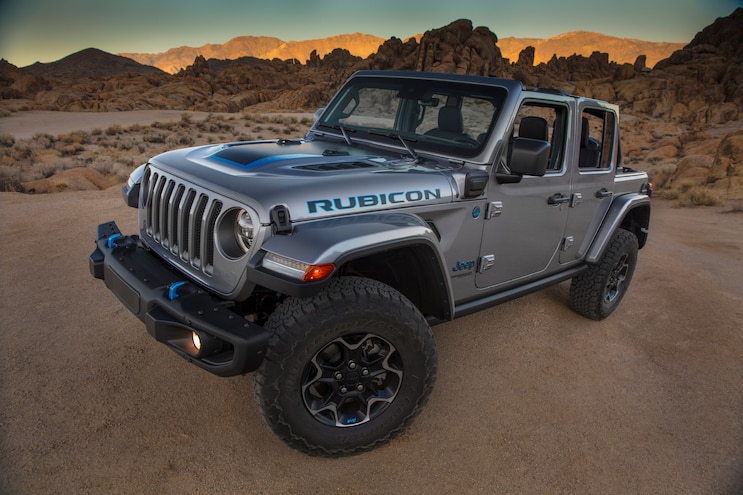 Over the weekend the EPA quietly updated its FuelEconomy.gov website with the latest figures for the much-anticipated plug-in hybrid electric 2021 Jeep Wrangler 4xe. When Jeep introduced the hybrid Wrangler in late 2020 it estimated that the SUV would be able to drive up to 25 miles on electricity alone. Now we know that Jeep was a tad bit (almost 20-percent, actually) optimistic in that figure as the official EPA report puts pure-electric range for the 2021 Jeep Wrangler 4xe at 21 miles. That's 4 miles fewer than originally estimated, for those keeping score at home.

On the flip side of things, when running the Wrangler 4xe gasoline-only mode, meaning the batteries are completely depleted and not adding anything to the drivetrain, the Wrangler is rated at 20 mpg combined on regular unleaded gasoline. At this time the EPA isn't providing city or highway economy breakouts. By comparison, a 2021 Jeep Wrangler Unlimited equipped with the 2.0L turbocharged 4-cylinder engine and automatic transmission is rated at 22 mpg combined. Four-door Wranglers with the 3.6L V-6 are rated at 21 mpg combined and 3.0L EcoDiesel V-6 Wranglers come in at 23 mpg combined. Why is the Wrangler 4xe the lowest of the bunch? The best we can figure is it's from the added weight from the electric drive equipment. 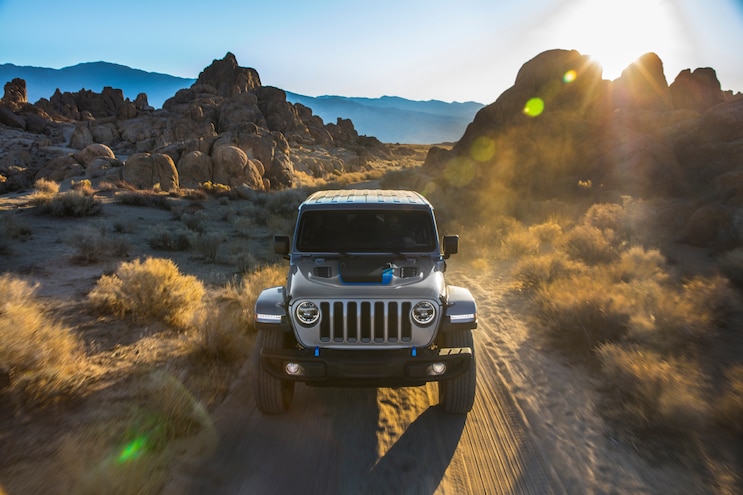 So, what's the solution for getting the best bang-for-the-buck out of the 2021 Jeep Wrangler 4xe? Maximize electric range and fully utilized its hybrid ability. With drives less than 20 miles it's a no-brainer. Drive on pure electric and plug-in between outings. If the journey is going to be longer than 20 miles it's best to use the Jeep's hybrid function, which maximizes the use of both the gasoline engine and electric motors. The EPA estimates that driving the 2021 Jeep Wrangler 4xe 25 miles on a combination of gasoline and electricity will cost $2.37, while using just the gasoline engine will bring the cost to $3.56. In terms of yearly fuel cost (gasoline and electricity in the case of the Wrangler 4xe), the EPA estimates that it will cost $1,750 to drive 15,000 miles. By comparison, the EPA estimates that the 2.0L powered Wrangler will cost $1,950 for those same 15,000 miles.

Not really into the hybrid Wrangler 4xe and tempted by the deep exhaust rumble of the Wrangler 392? The EPA estimates that the Wrangler 392's 470 hp 6.4L V-8 will return a combined fuel economy of just 13 mpg. And with a thirst for premium fuel, running this Jeep for 15,000 miles will cost a staggering $3,750 each year.

At $200 a year of fuel savings it'll take 10 years to recoup $2,000, and by our best estimates the Wrangler 4xe Rubicon will cost somewhere between $1,000 and $4,000 more than a comparable 2.0L I-4 Wrangler Unlimited Rubicon. However, this doesn't take into account the federal tax credit that is currently available. So, deciding whether it's worth it or not, from a pure cost standpoint, can only be figured on a case-by-case basis. As with any plug-in hybrid, the more you can drive on pure electricity, the better the cost equation becomes. Of course, your mileage will vary.