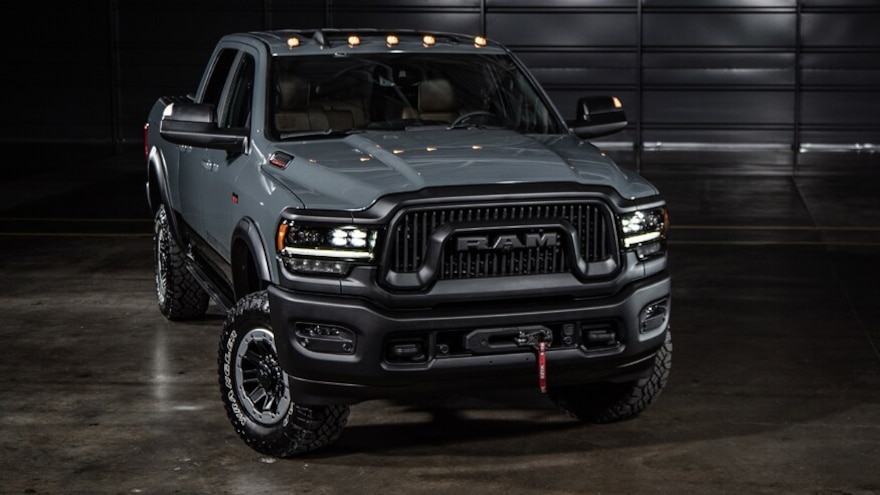 The Ram Power Wagon is the original four-by pickup, descended from the WC-series trucks that helped the United States military in World War II. As was the case with the Jeep CJ, these trucks' war-proven hardware adapted well to rugged civilian use. The Power Wagons were built to do work, and they did, no matter the terrain or conditions. Ram's 75th Anniversary Edition is a tribute to the original, with plenty of aesthetic callouts and special badging to set it apart.

The 2021 Ram 2500 Power Wagon 75th Anniversary Edition's hardware is essentially the same as any other, but that's no dig. The broader Ram HD range was Motor Trend's 2020 Truck of the Year, and the prior-generation, off-road-oriented 2500 Power Wagon earned a place in Motor Trend's heart after a yearlong stint as one of its long-term vehicles. The latest model's off-road prowess is matched by its real-world usefulness, with a 1,466-pound payload capacity and the ability to tow up to 9,910 pounds. The 410-hp 6.4-liter V-8 is trusty and strong, and while the Ram 1500 TRX's supercharged V-8 has overshadowed its output, the Power Wagon's Hemi is plenty strong. Plus, if things go sideways, this heavy-duty Ram packs a Warn winch capable of pulling 12,000 pounds. 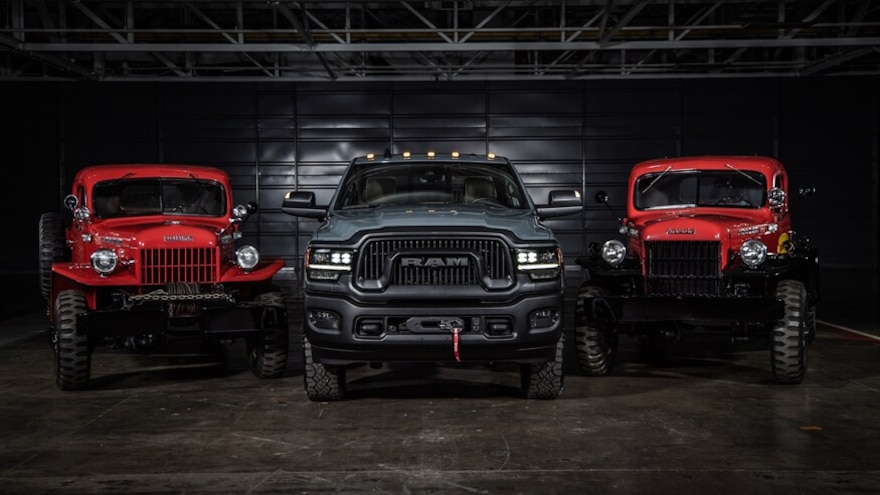 What the 75th Anniversary Edition brings to the table, then, is a smattering of homages to the legacy truck's heritage. That includes "Power Wagon 75 Years of Service" badging on the door, "Power Wagon 75" logos on the door inserts and seats, and a black grille mesh with a gunmetal-finish Ram badge. On the more functional side, the truck also features some bits inspired by the TRX: beadlock-capable wheels (17-inch units wrapped in 33-inch tires, rather than the TRX's 18-inchers wrapped in 35s), while the infotainment screen adds the TRX's Off-Road Pages function.

Look for this special-edition Power Wagon to set you back $66,945 when it goes on sale before the end of the year.

- OF
By Alex Kierstein
5 Articles