Alabama’s iron mecca is the place to shop if you’re looking for a dualie. 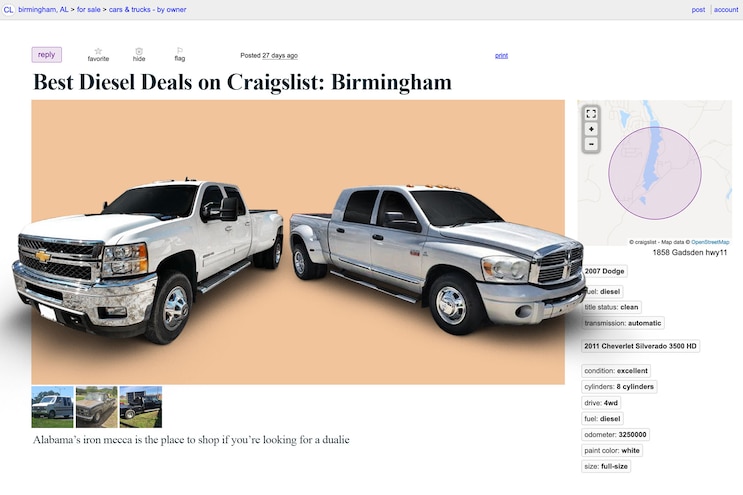 More Craigslist Buys!
Best Diesel Deals on Craigslist: Miami
Best Diesel Deals on Craigslist: Charlotte
Best Diesel Deals on Craigslist: Boston
Best Diesel Deals on Craigslist: New York
Buy It Now! 1994 Ford E-350 From a Past President's Motorcade Is For Sale
In this installment of Best Diesel Deals on Craigslist, Birmingham, Alabama, is our search destination. "Why Birmingham," you ask? Well, hell, why not? We've been on this tour since March 2020, following a story about an ad for a gas-powered, four-wheel-drive 1994 Ford E-350 that has a presidential history (served as a Communications vehicle in former President Bill Clinton's motorcade). Great feedback on that article was the catalyst, and we now are five (counting Birmingham) cities into what has become an epic search for "diesels" being sold through Craigslist throughout the U.S.
One of the things that draws diesel enthusiasts to Craigslist is the wide variety of trucks, cars, engines, tools, and other mechanical apparatus that's found in its pages. Very cool stuff, and thanks to negotiating, it usually can be had for a song.
This far, we've highlighted oil-burners being sold privately in Miami, Charlotte, North Carolina, Boston, and the New York metropolitan area. Please note that diesel-powered pickup trucks, while plentiful almost everywhere, are not the primary target of our searches. In an effort to have some fun with this project, the uncommon, unique, or even quirky diesel vehicles, equipment, parts, and so on are what we're seeking out. However, there certainly will be instances—like in this report, for example--where the late-model pickups we're all familiar with receive their just deserves.
Birmingham actually had us second-guessing ourselves about the choice. The same "diesel" search that serves us well in other areas only produced one page of offerings (45 total)—three of which were gassers. The poll also failed to produce an abundance of the "different" types of vehicles that we like for these rundowns. However, one thing is certain: Late-model duallys definitely rule the roost in Birmingham, at least at the time we conducted our search.
And speaking of searches, if this series inspires you to conduct similar research to find diesels or whatever, we also suggest giving https://crazedlist.org a try. This new site is fast and allows users to search by an entire state, rather than only by city, and it queries eBay and Facebook Marketplace, too.
As always at this point, we admit that our selections might be somewhat subjective, but the finds are pretty cool nonetheless. So, read on and see what Birmingham and its neighboring areas have to offer. Let us know if you move on one of these deals; also, let us know about cool diesel deals you come across on Craigslist. Send info and a link to: dieselpower@motortrend.com. 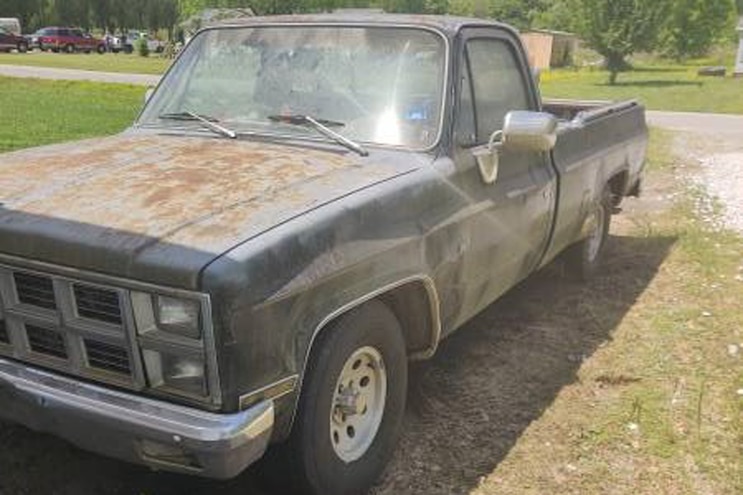 View Photo Gallery | 6 Photos
Photo 2/6   |   002 Best Diesel Deals On Craigslist Birmingham
According to the seller, this Lacey's Spring-based OG runs, but, "it needs more care than I have the skill to do." Although the Sierra's 6.2L Detroit Diesel V-8 only musters a weak sauce (by modern standards) 130 hp and 240 lb-ft of torque, there's a small degree of cool in the nostalgia of 1982 being the first year for Detroit's four-stroke powerplants, and it was also GM's initial foray into outfitting pickups (and Suburbans) with diesel engines. Thinking with the glass half full, a caring, skillful enthusiast can have it for $1,500 or best offer, and probably pull down ridiculous fuel economy once it's running. "One man's junk " 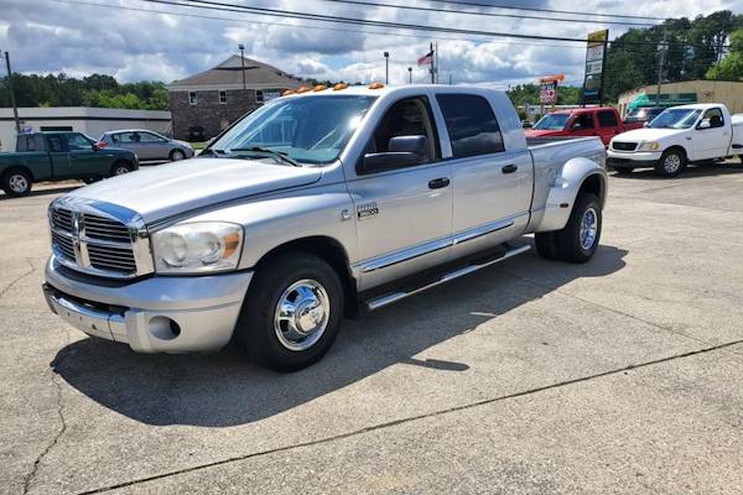 View Photo Gallery | 6 Photos
Photo 3/6   |   003 Best Diesel Deals On Craigslist Birmingham
Per photos, dually No. 1 appears to be brilliantly clean for having 218,000 miles. However, the claim that it has a Duramax engine that "runs great," according to the seller, is the lone quality that's beyond intriguing for us. Of course, a 6.7L Cummins I-6 is the original mill, but it's not abnormal for Allison automatic transmissions—which are paired with Duramaxes in GM trucks—to be swapped into Dodge Ram pickups like this one. So without actually seeing the powerplant, we'll buy into the engine claim (for now) and hope that whoever picks it up for $13,900—or less—gives us a shout to confirm exactly what's under the hood. 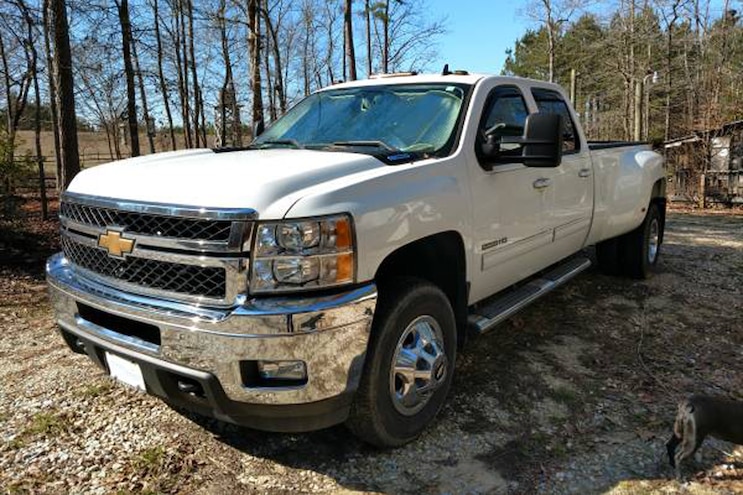 View Photo Gallery | 6 Photos
Photo 4/6   |   004 Best Diesel Deals On Craigslist Birmingham
The next six-wheeler checks all the boxes for a Best Diesel Deal on Craigslist. The original owner claims the rig is in excellent condition with approximately 89,146 miles, has four-wheel drive, leather inside, an exhaust brake on the Duramax. This one, located in Opelika, being sold for $32,500 or best offer, and we can't forget to note that a "lifetime XM Radio subscription" comes with the purchase. That alone is interesting, as Sirius XM Radio nixed the pay-once program in 2005. #rollovermusic 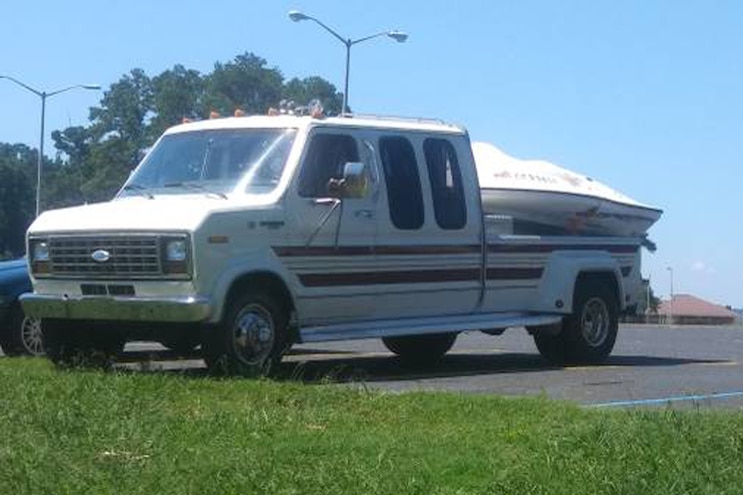 View Photo Gallery | 6 Photos
Photo 5/6   |   001 Best Diesel Deals On Craigslist Birmingham
So you're looking for a vehicle that will give you diesel's torque and efficiency, the utility of a pickup truck, and comfort like that of a plush conversion van? Say less! This mechanical version of a centaur is the rig you need. It's powered by a 6.9L IDI V-8 and sports new wheels, tires, steering gear and an A/C compressor. With only 115,000 miles, we believe there's still plenty of life left in this one. And, for $3,500, it certainly would be neat to have something so different. 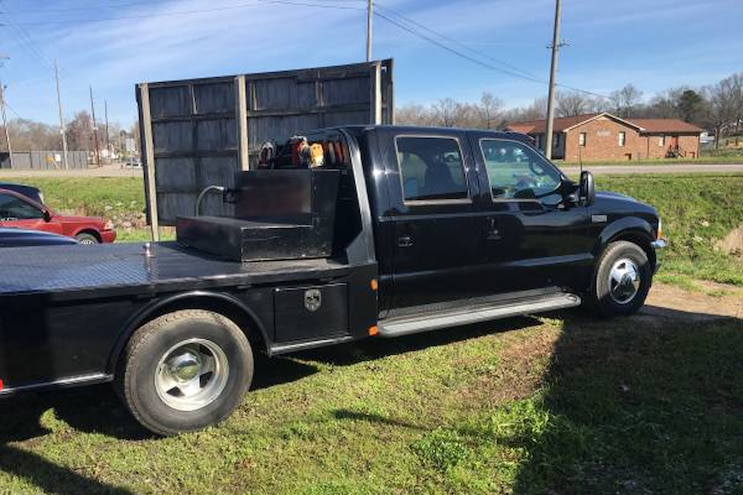 View Photo Gallery | 6 Photos
Photo 6/6   |   005 Best Diesel Deals On Craigslist Birmingham
The last of this group's three duallys is located in Townley, has 188,000 miles and is powered by Ford's venerable 7.3L Power Stroke V-8. While that's all well and fine, the custom CM Truck Beds flat deck, large auxiliary fuel tank and gooseneck hitch are the items that caught our eye. That, and the seller's claim that "it's very nice and clean, and runs great." This rig is a worker, and will probably recoup your $15,000 outlay very quickly.