If it’s not a big rig, it’s a Dodge Ram with a common-rail Cummins in the City of Rock. 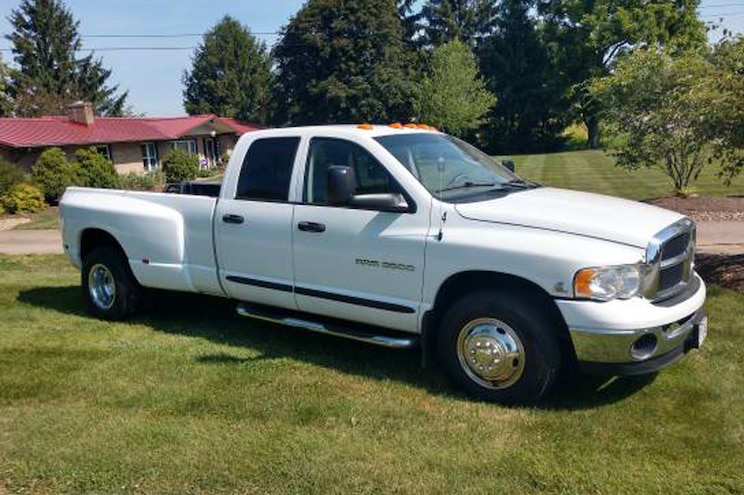 Check Out These Other Craigslist Deals!
Best Diesel Deals on Craigslist: Nashville
Best Diesel Deals on Craigslist: Miami
Best Diesel Deals on Craigslist: Charlotte
Best Diesel Deals on Craigslist: Boston
Best Diesel Deals on Craigslist: New York
Buy It Now! 1994 Ford E-350 From a Past President's Motorcade Is For Sale
It has been a little while since we published a report on the best diesel deals on Craigslist. Our apologies for the delay, and we now resume the series with a look at the oil-burner-for-sale action in Cleveland, Ohio. Hopefully, you have been following along since March of 2020, when we published a story about a formerly presidential, gas-powered, four-wheel-drive 1994 Ford E-350 that served as a communications vehicle in former President Bill Clinton's motor pool.
With this rundown on Cleveland, we now have seven stories covering our search for diesels being sold through Craigslist throughout the U.S.
One of the things that draws diesel enthusiasts to Craigslist is the wide variety of trucks, cars, engines, tools, and other mechanical apparatus that's found in its pages. Very cool stuff, and, thanks to negotiating, trying to make the best deal possible, it usually can be had for a song.
We've featured diesel-powered rigs being sold privately in Birmingham Nashville, Miami, Boston, New York, and Charlotte, North Carolina. As you follow this series, please note that diesel-powered pickup trucks, while plentiful almost everywhere, are not the primary target of our searches. In an effort to have some fun with this project, what we're seeking out is the uncommon, unique, or even quirky diesel vehicles, equipment, parts, etc. However, there certainly will be instances where the late-model pickups we're all familiar with receive their just desserts.
The Cleveland area brings a low total of 64 diesel trucks (and cars) to our search. While the majority are big rigs, there's also a handsome group of pickups, and even a sedan or two. As highlights, 2003-2007 Dodge Ram 2500s and 3500s with reportedly stock 24-valve, common-rail turbodiesel 5.9L and 6.7L engines are the trucks that come to the front.
Since the "Best Basic Bolt-Ons for a 5.9L Common-Rail Cummins" is the focus of an upcoming tech article, here's info on five trucks that look like good candidates for trying those mods out. Of course, trucks equipped with the 5.9L are preferred, as they are easily modified at this point and aren't loaded with EGR and the other emissions-associated hardware and systems that were added to the 6.7Ls at mid-year 2007.
We know there are a lot of Dodge Ram/Cummins fans out there, so report back to us and share details if you follow up on one of these examples. Also, let us know about cool diesel deals that you come across on Craigslist. Send info and a link to: dieselpower@motortrend.com 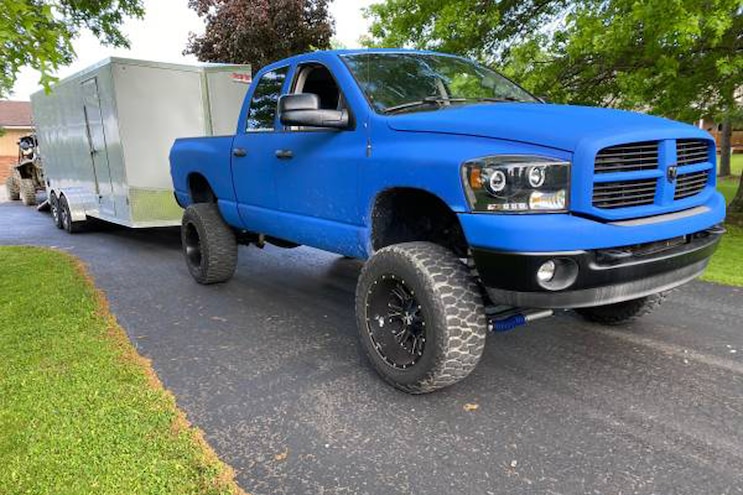 View Photo Gallery | 6 Photos
Photo 2/6   |   001 Best Diesel Deals On Craigslist Cleveland
This truck apparently originated in Texas, and it definitely shows. Rust free and with a body that sports custom-colored protective coating (Raptor liner?) throughout, the truck's 5.9L Cummins is mechanically stock and perfect for the upgrades that bring a common-rail's true performance potential to the front. With 20-inch wheels and 35s, a 6-inch lift, gauges, airbags, and ready to haul long trips, the truck (that by the owner's statement is well maintained and "not your typical rotted-out Ohio Dodge") is listed at $25,000 or best offer and located in Mentor.
2007 Dodge Ram 2500 - $24500 (Mentor) 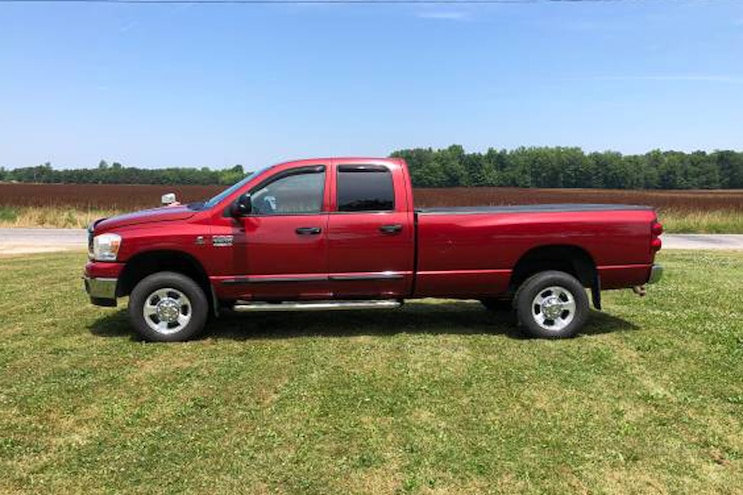 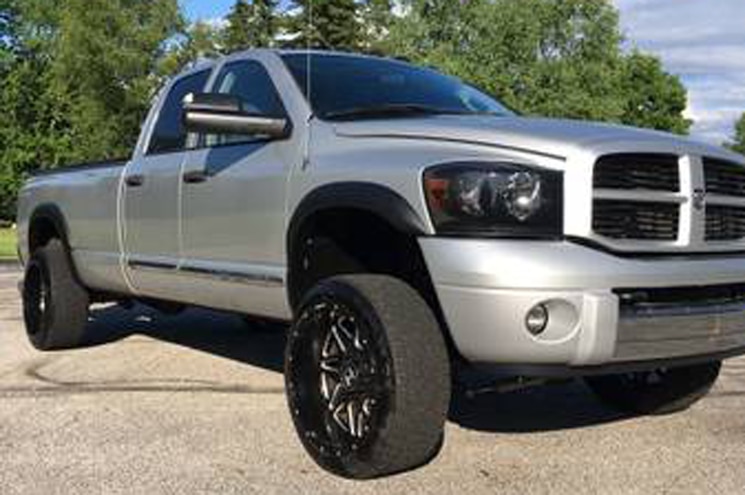 View Photo Gallery | 6 Photos
Photo 4/6   |   003 Best Diesel Deals On Craigslist Cleveland
Another good example with a stock common-rail 5.9L Cummins (save for intercooler tubes and a big air filter). No, the truck's not perfect cosmetically, but we dig it because despite its 266,000 miles, the owner's claim that the engine doesn't have any blow-by "whatsoever" (see this report for a breakdown on blow-by) is really appealing. Suspension, wheel, and tire upgrades are already handled, and it includes a new tailgate that just needs fresh paint. You find this truck in Norton. The ask is $16,000.
2006 Dodge Ram 2500 - $16,000 (Norton) 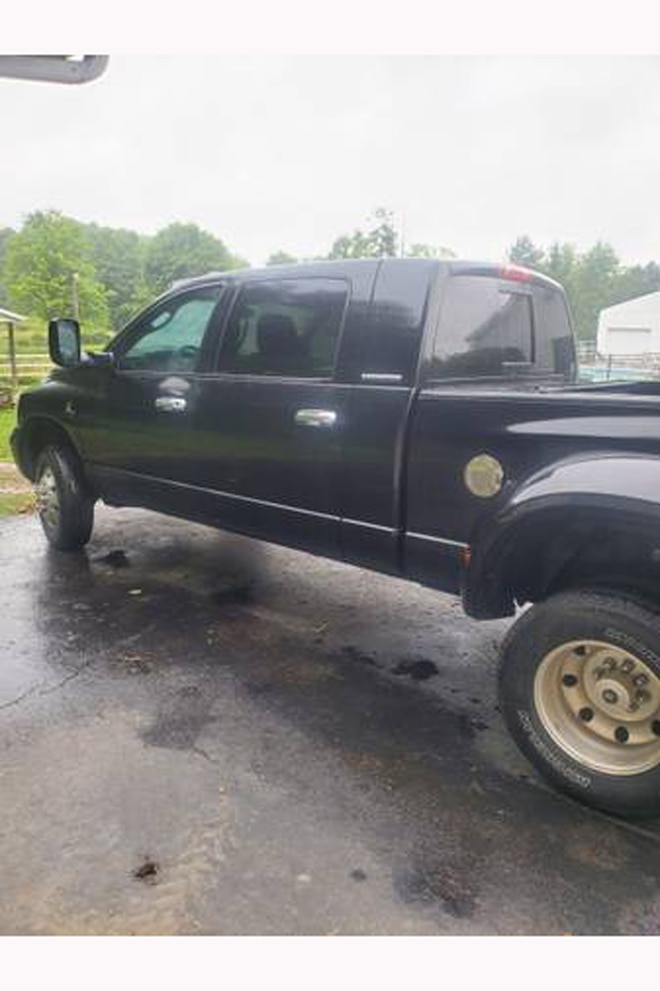 View Photo Gallery | 6 Photos
Photo 6/6   |   005 Best Diesel Deals On Craigslist Cleveland
Another dually, from a different perspective. This high-miles (383,000)—and thus, considerably lower priced ($9,500)—Berlin-based rig is two-wheel drive and has a 5.9L Cummins with a two-piece exhaust manifold. No automatic here; the truck has a rebuilt six-speed manual transmission, new tires, and it's ready to tug a gooseneck trailer.
2004 Dodge Ram 3500 - $9,500 (Berlin)