Sure, rust is a concern, but there’s quite a bit of cool old-school diesel steel in this town. 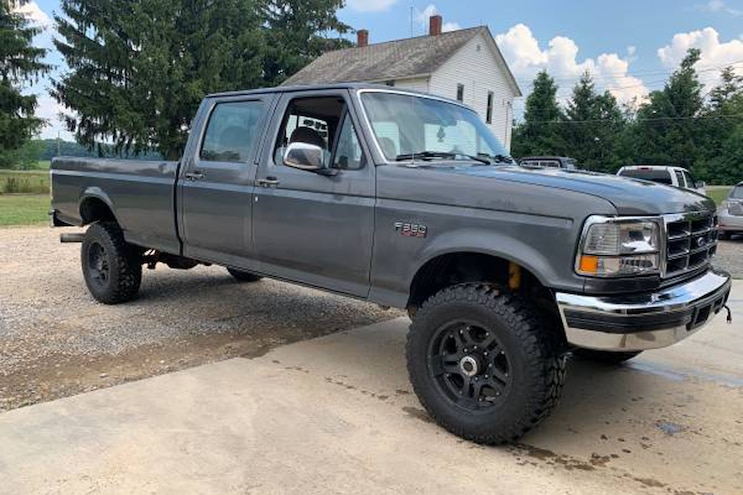 More Craigslist Deals Here!
Best Diesel Deals on Craigslist: Cleveland
Best Diesel Deals on Craigslist: Nashville
A Dually Delight: Top 5 Craigslist Diesel Trucks in Birmingham
Best Diesel Deals on Craigslist: Miami
Best Diesel Deals on Craigslist: Charlotte
Best Diesel Deals on Craigslist: Boston
Best Diesel Deals on Craigslist: New York
Buy It Now! 1994 Ford E-350 From a Past President's Motorcade Is for Sale
The "Best Diesel Deals on Craigslist" tour has arrived in Pittsburgh, Pennsylvania, aka the Steel City. While this Western Pennsylvania town is best known for its professional and college sports teams, Pitt has a blue-collar history that brings clarity to why the region is chock-full of hard-working diesel trucks.
However, before we go further, here is a bit of history about this series. We started our trip back in March of 2020, with a story about a gas-powered, four-wheel-drive 1994 Ford E-350 that served as a communications vehicle in former President Bill Clinton's motor pool. Since that first report, we've featured diesel-powered rigs being sold privately through Craigslist in Cleveland, Birmingham, Nashville, Miami, Charlotte, North Carolina, Boston, and New York.
One of the things that draws diesel enthusiasts to Craigslist is the wide variety of trucks, cars, engines, tools and other mechanical apparatus that's found in its pages. Very cool stuff, and, thanks to negotiating, trying to make the best deal possible, it usually can be had for a song.
As you follow this series, please note that diesel-powered pickup trucks, while plentiful almost everywhere, are not the primary target of our searches. In an effort to have some fun with this project, the uncommon, unique, or even quirky diesel vehicles, equipment, parts, etc., are what we're seeking out. However, there certainly will be instances where the late-model pickups we're all familiar with receive their just desserts.
The Pittsburgh area offered a balanced variety of diesel vehicles. This time, the older hardware caught our attention. Yes, they're slow (powered by 5.9L 12-valve Cummins, 7.3L Power Stroke, 6.5L Detroit Diesel, and 6.2L GM engines), have 200,000 or more miles, and body panels may not be laser straight, but the trucks we're highlighting have character (and probably some interesting stories behind them) and great potential for restoration glory.
Let us know about cool diesel deals that you come across on Craigslist. Send info and a link to: dieselpower@motortrend.com 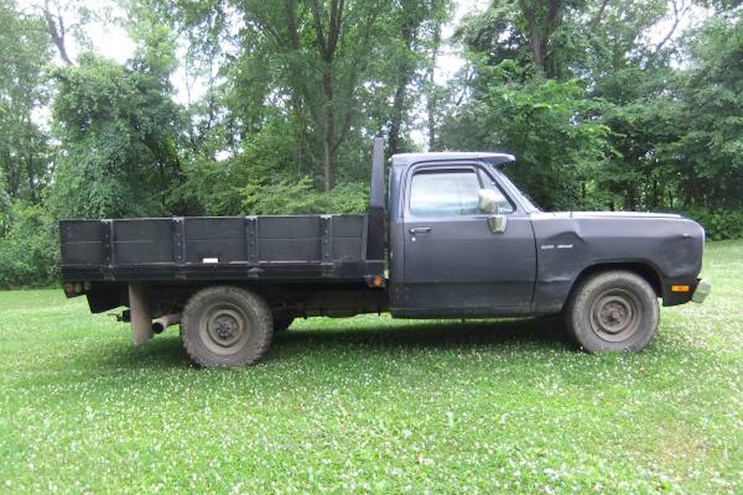 View Photo Gallery | 6 Photos
Photo 2/6   |   001 Best Diesel Deals On Craigslist Pittsburgh
This old Dodge has had two owners. It's currently in Ohioville, has 210,000 miles, and for $5,900, you can be the third person to claim it. Of course, a 5.9L 12-valve Cummins is under the hood, but the more unique quality about this rig is that with the diesel powerplant, a 1-ton D350 actually serves as the truck's foundation. Look into this one if you're shopping for a first-gen Dodge Ram. While it needs front tires and brake lines, the truck sports an impressive list of replaced service parts and aftermarket mods to help it get the work done.
https://pittsburgh.craigslist.org/cto/d/industry-1990-dodge-d250first-gen-12/7159371553.html

View Photo Gallery | 6 Photos
Photo 3/6   |   002 Best Diesel Deals On Craigslist Pittsburgh
Seriously, what's not to like about this classic OBS rig? It has a clean Pennsylvania title, 208,000 miles, four-wheel drive, a five-speed stick transmission, 7.3L Power Stroke, 5-inch exhaust, a bunch of other new parts, and a solid frame (again, this is Pittsburgh, where rusted frames are the norm). We couldn't pinpoint a location, but the seller lists $12,000 as the price.
https://pittsburgh.craigslist.org/cto/d/grove-city-95-f350xlt/7167971801.html 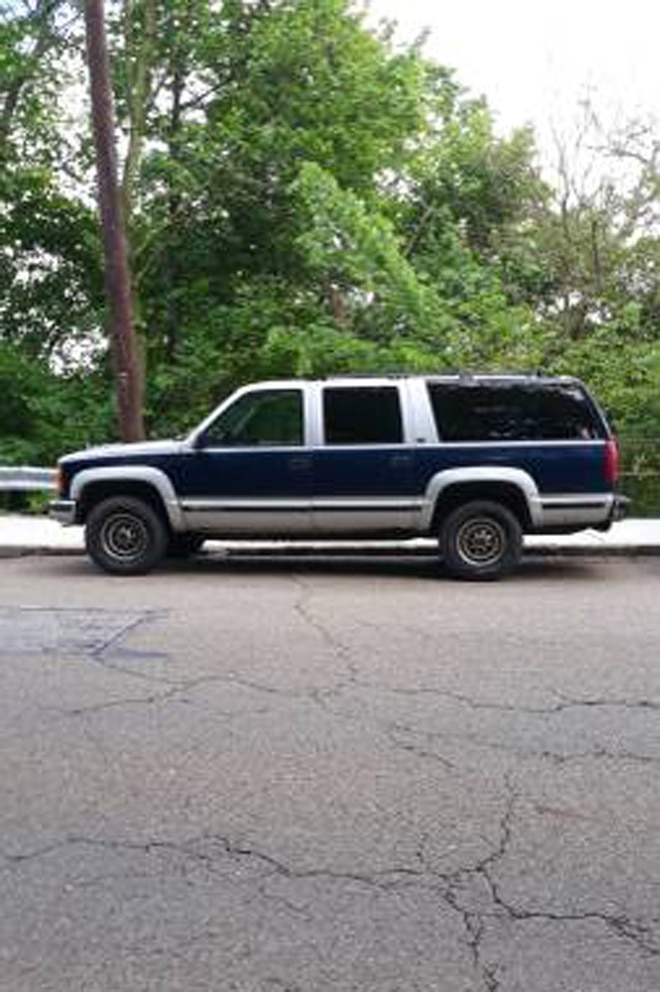 View Photo Gallery | 6 Photos
Photo 4/6   |   003 Best Diesel Deals On Craigslist Pittsburgh
We'll start with the important information. According to the seller: "Any reasonable offer will be considered (the advertised price is $2,500)," because this rig must sell quickly. Suburban-style trucks are cool because of their versatility. This one is a 309,000-mile 4x4 with an automatic transmission and a 6.5L Detroit Diesel powerplant that runs but needs a turbocharger. It appears to be fairly clean, and it's also right in Pittsburgh, so grab some cash and shoot your shot.
https://pittsburgh.craigslist.org/cto/d/carnegie-1994-gmc-suburban-2500-turbo/7153138983.html 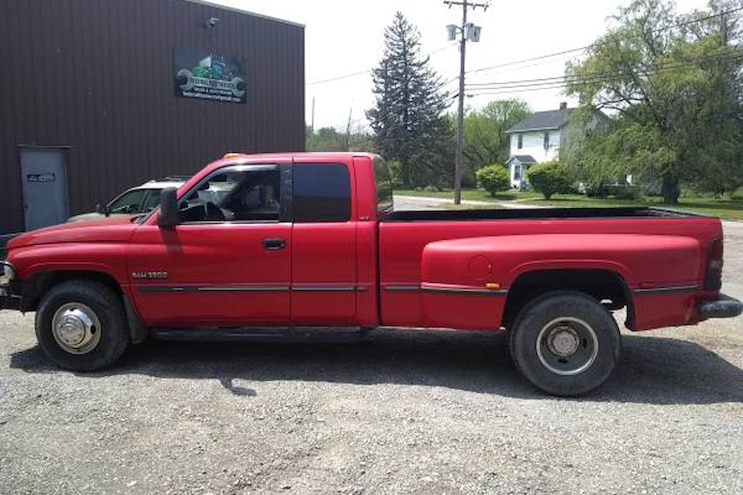 View Photo Gallery | 6 Photos
Photo 5/6   |   004 Best Diesel Deals On Craigslist Pittsburgh
We think this might be a solid semi-classic, and it's actually in Columbiana, Ohio (that's just west of the 'Burgh), being sold for a really good price ($8,000 or best offer). There's 258,850 miles on the 5.9L Cummins and five-speed manual transmission, and new pieces include a thermostat and heater core, steering box, and all lines, South Bend clutch set, serpentine belt, and starter.
https://youngstown.craigslist.org/cto/d/columbiana-1999-dodge-ram-3500/7165019509.html 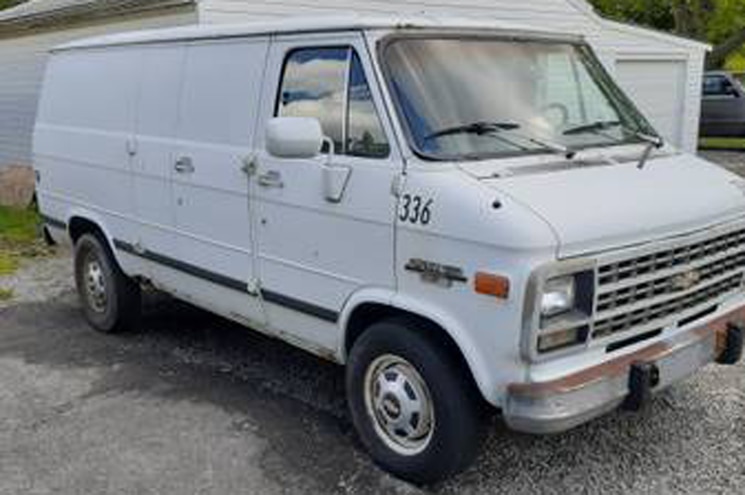