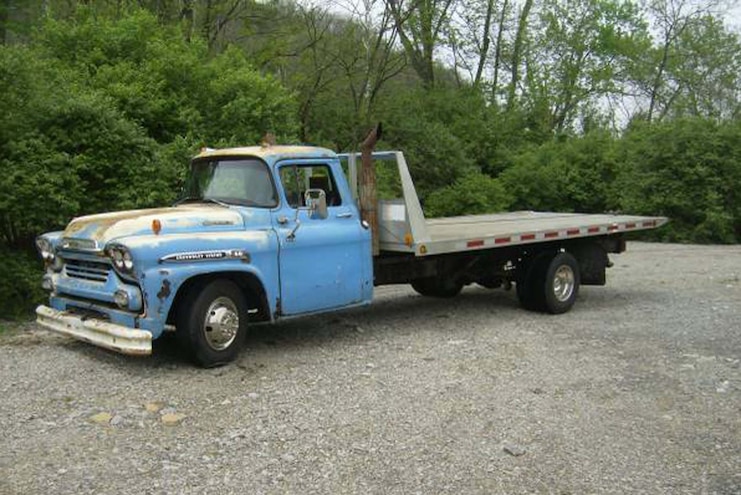 The Best Diesel Deals on Craigslist is our series charting trucks, cars and other vehicles with oil-burners that are being sold in major cities throughout the U.S. The ever-evolving search began in March 2020 with a story about a 1994 Ford E-350 ex-presidential communications van (for former President Bill Clinton). With this rundown on Cincinnati, Ohio, we now have 1 stories covering our search for diesels being sold through Craigslist from coast to coast.
One of the things that draws diesel enthusiasts to Craigslist is the wide variety of trucks, cars, engines, tools, and other mechanical apparatus that's found in its pages. We've featured diesel-powered rigs being sold privately in Chicago, Detroit, Pittsburgh, Cleveland, Birmingham, Nashville, Miami, Charlotte, North Carolina, Boston, and New York.
It's important to note that diesel-powered pickup trucks, while plentiful almost everywhere, are not the primary target of our searches. In an effort to have some fun with this project, we're looking for uncommon, unique, or even quirky diesel vehicles, equipment, parts, etc. However, there certainly are instances where the late-model pickups we're all familiar with receive their just desserts.
Associated Articles

Entering "Cincinnati" in the search box pulled up a small total of only 61 diesel cars and trucks being privately sold. A really cool old-school rollback tow truck immediately grabbed our attention and prompted us to make tow vehicles the theme of this installment.
Here are five we selected from the Cincinnati, and its neighboring Louisville, Kentucky, areas. Report back to us and share details if you follow up on one of these examples. Be sure to let us know about cool diesel deals that you come across on Craigslist, too. Send info and a link to: dieselpower@motortrend.com.

View Photo Gallery | 6 Photos
Photo 2/6   |   001 Best Diesel Deals On Craigslist 1
In the dictionary under the word "cool," there just has to be a photo of this rig. Based on Chevy's classic Viking heavy-duty chassis cab, this one is configured as a rollback tow truck. The fun irony about this $17,000 setup is beneath the bowtie exterior where a 2002 Ford Super Duty frame, suspension, and 7.3L Power Stroke engine (with an automatic transmission) are found. On the inside, a Ford dash and bucket seats keep the blue-oval theme rolling. The seller says this Colerain, Ohio-based truck is strong and fully functional, and it includes chains, hooks, and a new 50-foot winch cable that make it ready to work. 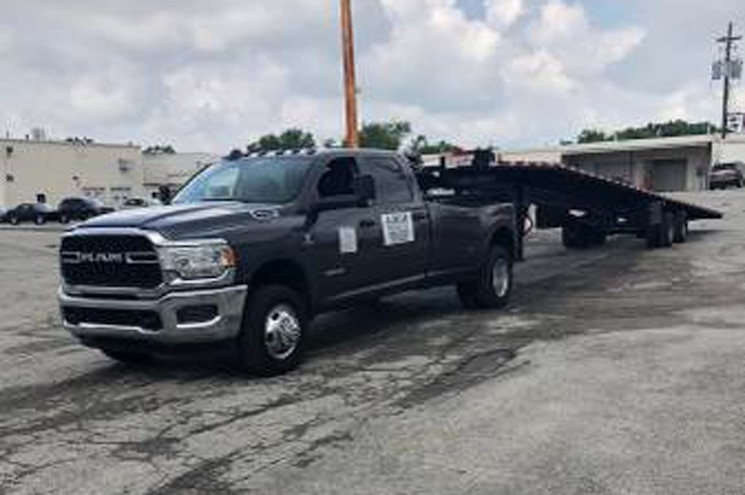 View Photo Gallery | 6 Photos
Photo 3/6   |   002 Best Diesel Deals On Craigslist
The dually and 51-foot, four-car hauler that make up this $70,000 package (which the seller will separate) only have 6 months' usage and are in great condition. However, in that half year, 47,700 miles have been amassed on the truck, in addition to a 6.7L Cummins engine, automatic transmission, and 3.73 gears. Leather throughout is the interior's main amenity. The setup and can tow gooseneck or fifth-wheel trailers. You'll find this rig in Louisville. 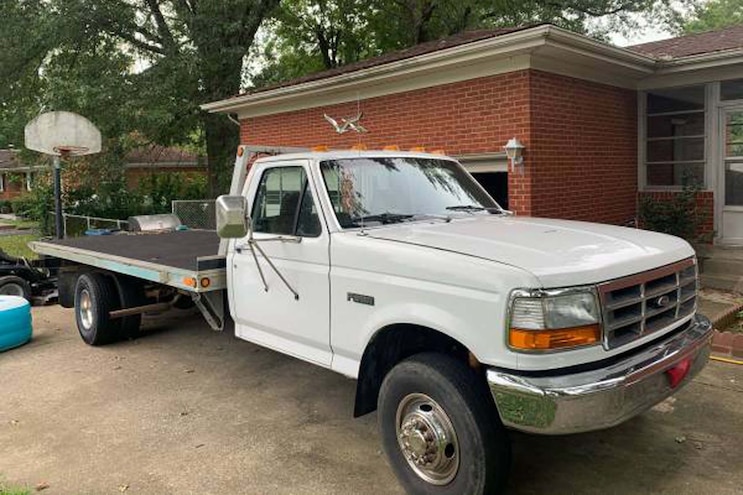 View Photo Gallery | 6 Photos
Photo 4/6   |   003 Best Diesel Deals On Craigslist
Other than a $10,000 asking price, there isn't much detail included with the ad for this rollback tow truck. However, its 7.3L (IDI) diesel engine and manual transmission are specified, and it's one of the reasons why the truck caught our attention. That, and because it's an OBS Ford rig. 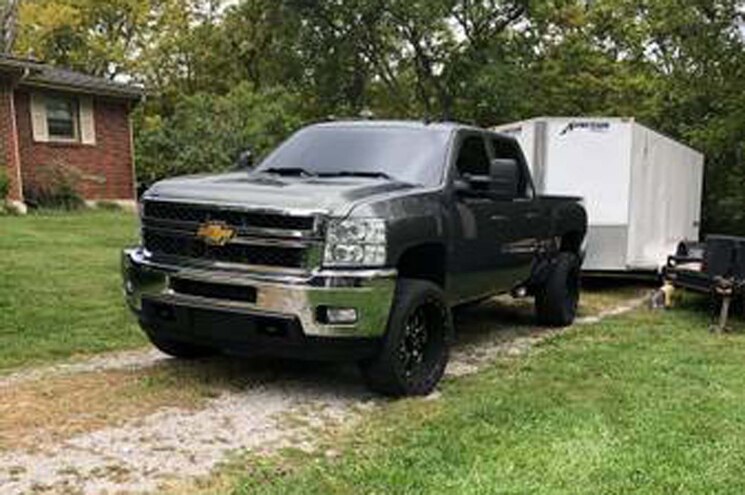 View Photo Gallery | 6 Photos
Photo 5/6   |   004 Best Diesel Deals On Craigslist
The seller says this rig has 162,000 problem-free original miles and is only being sold (for $29,500) to make room for a dually. Its minimal upgrades—added to improve the 6.6L Duramax engine's fuel mileage and towing efficiency—include: Aa5-inch MBRP straight exhaust with 6-inch tip, an EFILive 80-hp economy/tow tune, and a Fass 175-gph lift pump with a stock-filter delete. This one is also on the Kentucky side (Frankfort). It's clean, and per the trailer in the photo, it fits our theme of trucks that tow. 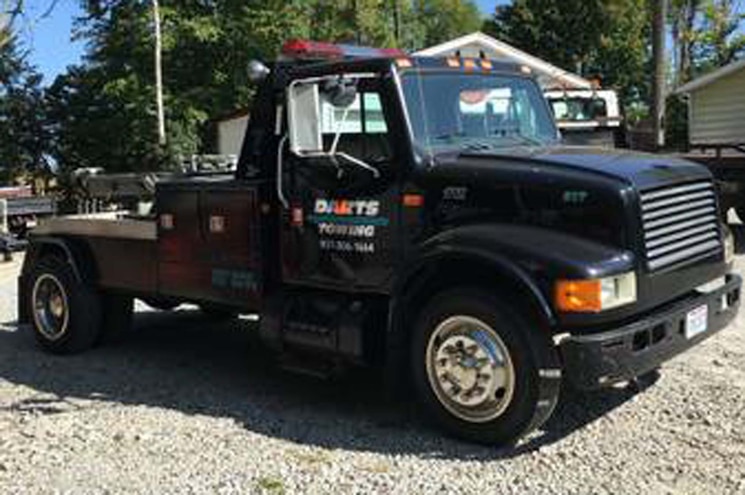 View Photo Gallery | 6 Photos
Photo 6/6   |   005 Best Diesel Deals On Craigslist
This is a full-fledged tow truck, with a Jerdann aluminum body, wheel lift, extendable boom, and twin winch lines, and it's heavy-duty, at that. There are 267,000 miles on this rig and its Detroit Diesel DT408 engine/seven-speed-manual-transmission drivetrain. The seller says it is in Urbana, Ohio, and ready to go to work, so the $18,000 you'll pay for it should come back fairly quickly.