Like the lifestyle and weather, the used-diesel market is hot at Florida’s southernmost point. 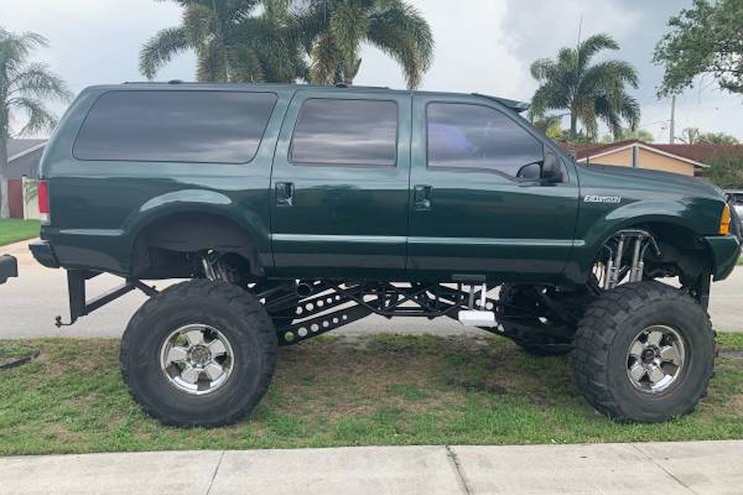 Check Out These Other Craigslist Deals!
Best Diesel Deals on Craigslist: Charlotte
Best Deals on Craigslist: Boston
Best Deals on Craigslist: New York
Buy It Now! 1994 Ford E-350 From a Past President's Motorcade Is for Sale
Thanks to all of you, our "Best Diesel Deals on Craigslist" series now has great momentum. In this report, we're taking a look at the diesels-for-sale scene in Miami, Florida—known by natives as "The Bottom," due to its location, not far from Key West, the southernmost point in the continental U.S.
To refresh followers' memories and bring new readers up to speed, our mission was launched by an initial story about a posting on "The List" for a gas-powered, four-wheel-drive 1994 Ford E-350 that once rolled in former President Bill Clinton's motorcade. Based on the response from that report, we decided to virtually "travel" around the U.S, using only "diesel" as a search criteria for major cities in Craigslist's nearly infinite database of vehicles that are for sale.
One of the things that draws diesel enthusiasts to Craigslist is the wide variety of trucks, cars, engines, tools, and other mechanical apparatus that's found in its pages. Very cool stuff, and, thanks to negotiating, trying to make the best deal possible, it usually can be had for a song.
With Charlotte, North Carolina, Boston, and the greater New York City area behind us, it's time to check out the home of legendary South Beach, Coconut Grove, and the infamous "U (University of Miami)," with high hopes of finding five cool oil-burners being bartered for in the private sector.
With our "Best Diesel Deals" series, it's important to understand that we're not covering specifically pickup trucks, as they make up the lion's share of diesel vehicles for sale (on Craigslist) in all areas. However, while our stories of course will include the late-model pickups we're all familiar with, it's the uncommon, unique, or even quirky diesel vehicles, equipment, parts, etc., that we're shining the spotlight on.
As we anticipated, Miami's street-diesel market is hot. The search brings up a 400-entry file of trucks, cars, and even some machines, with Ford, GM and Ram rigs available just the way we like 'em: with good stance, clean appearance, wheels, and in several instances, hopped up with performance bits. But again, "different" diesels are what we hoped to come across in the Magic City, and boy, did we ever.
As always at this point, we admit that our selections might be somewhat subjective, but, the finds are pretty cool, nonetheless. So, read on and see what Miami and its neighboring areas have to offer. And, let us know if you move on one of these deals. Also, let us know about cool diesel deals that you come across on Craigslist. Send info and a link to: dieselpower@motortrend.com 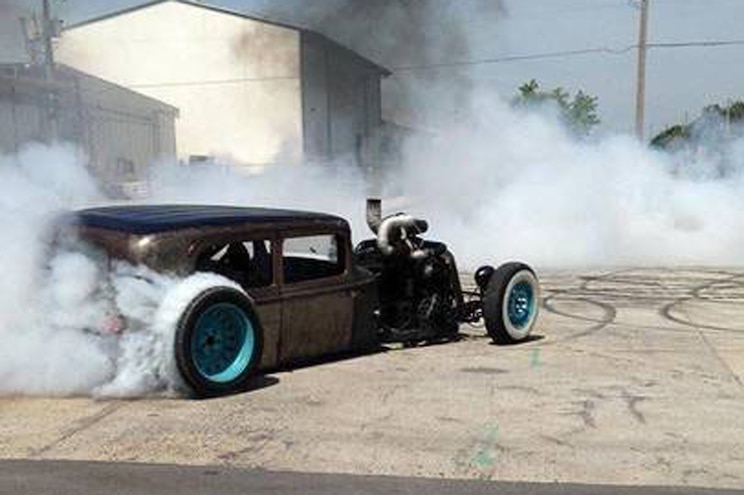 Right away, "unique" made its way to the front in our Craigslist search for diesels in the Miami area. This Vero Beach -based, air-bagged, custom rat rod is powered by compound-turbocharged 5.9L Cummins, and is turnkey ready to rock for $28,000.
https://miami.craigslist.org/pbc/cto/d/vero-beach-diesel-rat-rod/7112483103.html 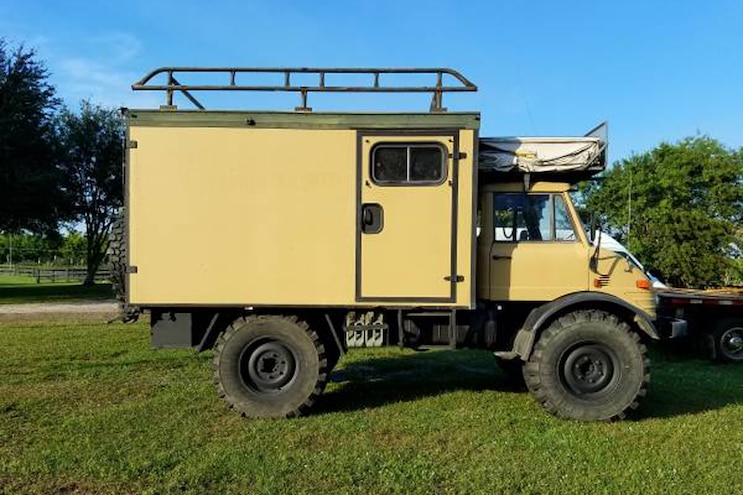 Full disclosure, we had to look up "Unimog" for intel on exactly what this behemoth is—besides cool. Long-form details are available online if you're willing to plow through all of it, but the abbreviated skinny is that this camper, and others like it, are all-wheel-drive, turbodiesel dynamos, capable of going anywhere you want to take them. The low 28,000 miles and fact that Unimogs are not sold (through dealerships) in the U.S. make this rig one to covet, provided you have the $30,000 it's selling for. Head down to Loxahatchee and check it out!
https://miami.craigslist.org/pbc/cto/d/west-palm-beach-1979-mercedes-unimog-416/7111872812.html 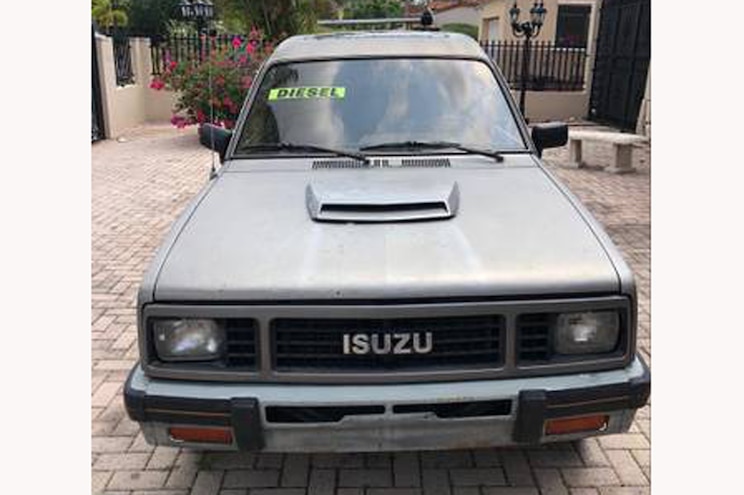 Once again, a mini pickup caught our eye. The Datsun/Nissan did it for us in Charlotte, and for $5,300, this 2.2L I-4 diesel-powered, five-speed manual, extended-cab longbed is the winner in Miami. Check the hood scoop. Yes, it's functional.
https://miami.craigslist.org/mdc/cto/d/miami-1987-isuzu-pup-truck-diesel/7107671666.html

An extreme lift and 46-inch military tires are the eye-catchers on this clean rig, powered by Ford's legendary 7.3L Power Stroke engine. The seller notes that it's "mint," and there's "too much to list" about it. This is a Cooper City listing, for $18,500.
https://miami.craigslist.org/brw/cto/d/fort-lauderdale-2000-ford-excursion/7109357146.html 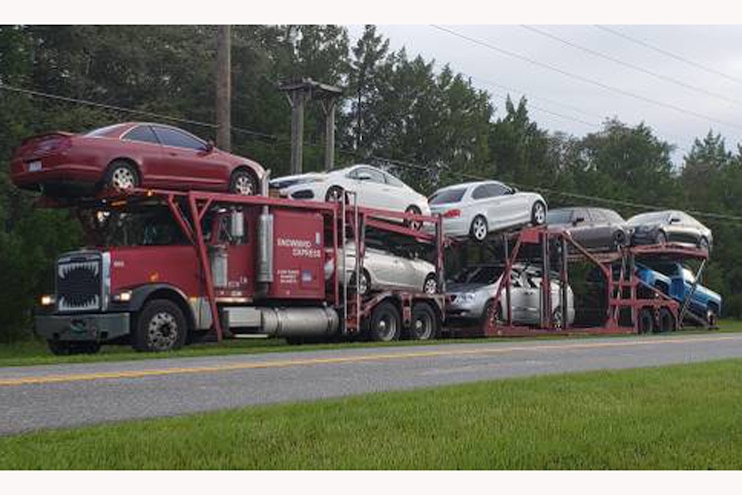 We found it somewhat curious that there is a motherlode of big-rig auto haulers that are for sale in South Florida. Apparently, a lot of cars and trucks are moved in and out of the area. This West Palm Beach example that the seller calls a "stinger" makes weekly round trips to New York. The tractor is powered by a 430-hp Detroit 60 Series engine that's backed by a ten-speed transmission, and there are many recent upgrades that have been made to the driveline. Solid foundation aside, the highlight of this piece is a custom 2000 Boydstun trailer that's been modified from a seven- to a six-car unit to avoid overweight penalties. It looks like this rig is ready to keep making money, and a cool $20,500 (or trade for a high-mount trailer and newer tractor) takes it.
https://miami.craigslist.org/pbc/cto/d/west-palm-beach-freight-liner-classic/7103989923.html