All kinds of unique rigs for sale throughout the Music City area. 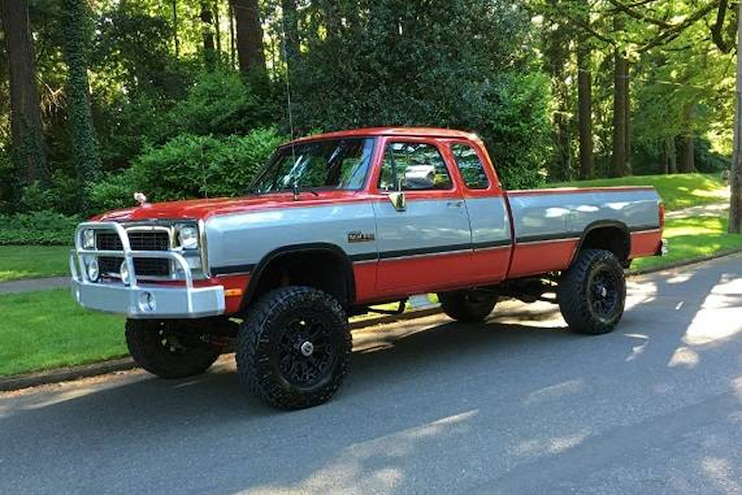 Check Out These Other Craigslist Deals!
Best Diesel Deals on Craigslist: Miami
Best Diesel Deals on Craigslist: Charlotte
Best Diesel Deals on Craigslist: Boston
Best Diesel Deals on Craigslist: New York
Buy It Now! 1994 Ford E-350 From a Past President's Motorcade Is For Sale
The "Home of Country Music" is where we're virtually shopping in this search for the best diesel deals on Craigslist. That's right, we plugged in Nashville, Tennessee, and found five solid results fairly quickly. We've been on this tour since March, following a story about an ad for a gas-powered, four-wheel-drive 1994 Ford E-350 that has a presidential history; it served as a communications vehicle in former President Bill Clinton's motorcade). Great feedback on that article was the catalyst, and we now are six—counting Nashville—cities into what has become an epic search for "diesels" being sold through Craigslist throughout the U.S.
One of the things that draws diesel enthusiasts to Craigslist is the wide variety of trucks, cars, engines, tools and other mechanical apparatus that's found in its pages. Very cool stuff, and, thanks to negotiating trying to make the best deal possible, it usually can be had for a song.
Thus far, we've highlighted oil-burners being sold privately in Birmingham (published first on motortrend.com. Look for it here on June 10th), Miami, Charlotte, North Carolina, Boston, and the New York metropolitan area. As you follow this series, please note that diesel-powered pickup trucks, while plentiful almost everywhere, are not the primary target of our searches. In an effort to have some fun with this project, the uncommon, unique, or even quirky diesel vehicles, equipment, parts, and accessories are what we're seeking out. However, there certainly will be instances where the late-model pickups we're all familiar with receive their just acknowledgment.
Nashville's 135 candidates are an honest mixed bag that ranges from Class 8 tractors, to a nice array of the Big 3's pickups, to vintage Mercedes-Benz sedans with oil burners.
As always at this point, we admit that our selections might be somewhat subjective, but, the finds are pretty cool nonetheless. So read on and see what Nashville and its neighboring areas have to offer. And let us know if you move on one of these deals. Also, let us know about cool diesel deals that you come across on Craigslist. Send info and a link to: dieselpower@motortrend.com 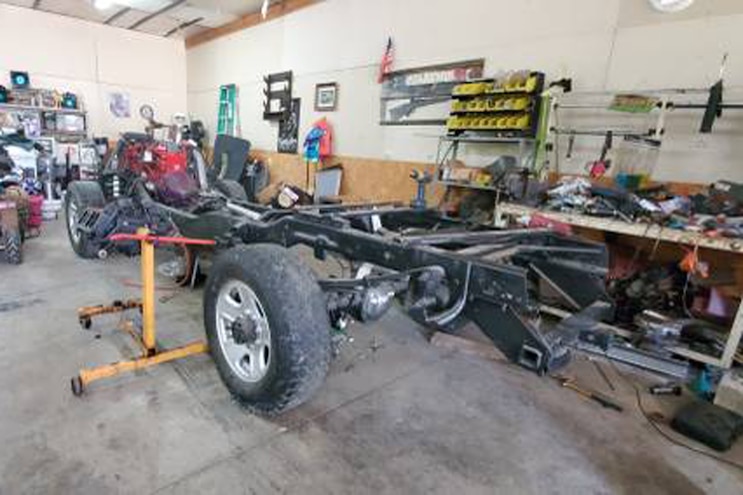 View Photo Gallery | 6 Photos
Photo 2/6   |   001 Best Diesel Deals On Craigslist Nashville
Here it is! A Dodge Ram 2500 chassis that's ready for any hard-core diesel enthusiast to snap up, roll into the shop, and create the rig of their dreams. The 5.9L 12-valve Cummins engine has 180,000 miles and a new 64mm turbocharger, and the seller claims it's leak-free and has no blow-by. It appears there's a lot to be had for $5,000, so check this one out if you're into Dodge Rams and looking for a good foundation for a project.
https://nashville.craigslist.org/cto/d/lebanon-valve-cummins-chassis/7130363434.html 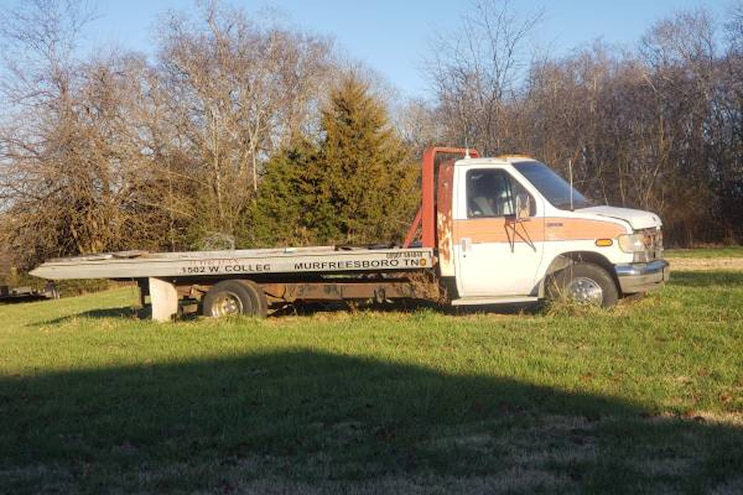 View Photo Gallery | 6 Photos
Photo 3/6   |   002 Best Diesel Deals On Craigslist Nashville
This is NOT a rollback! While the ad expresses this fact several times, it's hard to not imagine this unique hauler yanking a car onto its rolled-back aluminum deck. The fixed top is accessed via ramps and with a winch. We're attracted to this rig more so because of its cab setup; vans typically aren't used in this capacity. So the question is, what was it before the flatbed was added? Bring either $3,000 bucks, your best offer, or a tractor or older four-wheel-drive rig to trade (Brush Creek area) and take it away.
https://nashville.craigslist.org/cto/d/alexandria-1996-e350-flatbed-73l/7130051754.html 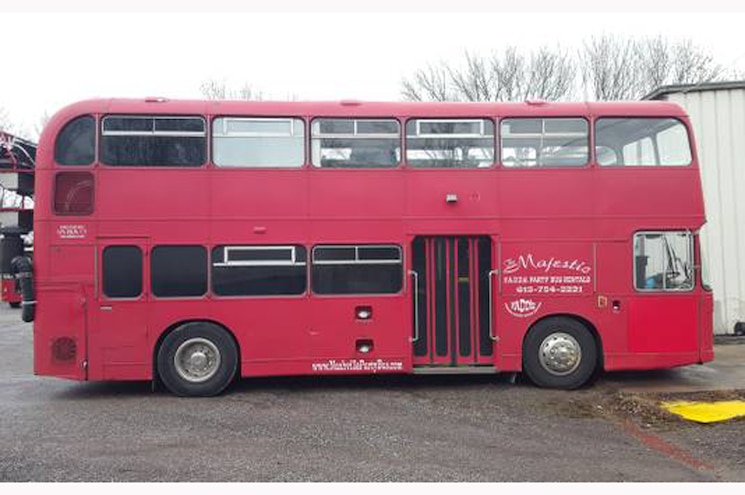 View Photo Gallery | 6 Photos
Photo 4/6   |   003 Best Diesel Deals On Craigslist Nashville
This baby likes to party, and apparently can pull in as much as $300 per hour! The double decker party has three diesel engines, which power it to a top speed of 47 mph, and support a DJ booth, full light show, sound system, and a massive 200,000-BTU air conditioner. This fun machine is in Mt. Juliet, sharing space with a Detroit Diesel 6V92-powered 1981 TMC (MC9) Crusader 2 party bus that's also for sale. The newer rig is cool enough for honorable mention, but it can't touch this two-tiered gem. Giving the seller anything close to the $45,000 he's asking for will put him well on the path to the retirement he says he's ready for.
https://nashville.craigslist.org/cto/d/mount-juliet-1979-bristol-vrt-double/7128976768.html 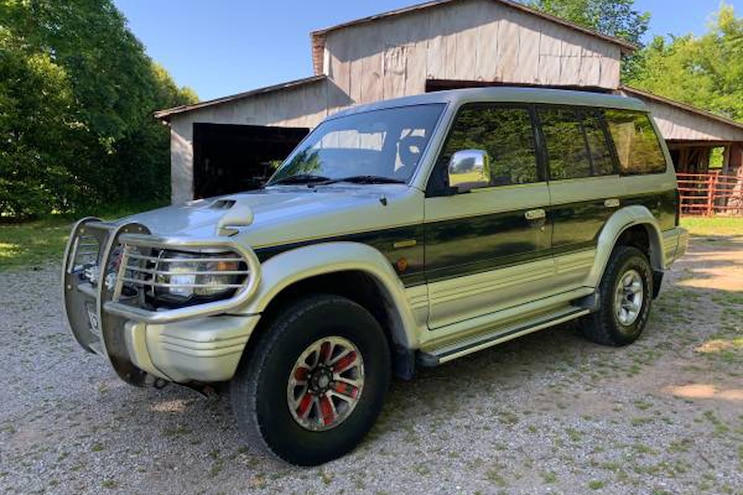 View Photo Gallery | 6 Photos
Photo 5/6   |   004 Best Diesel Deals On Craigslist Nashville
OK, yes, at face value this one is a Montero (the version that was sold in the U.S. ). However, major cool points are scored because of its 2.8L turbodiesel powered and right-hand drive from the factory. The vehicle has 144,642 miles, a new exhaust and a clean Tennessee title. It's located in Huntland, but shipping apparently can be arranged at buyer's (whoever has $10,000 or a solid best offer) expense.
https://nashville.craigslist.org/cto/d/huntland-1993-mitsubishi-pajero-4wd/7121747939.html

View Photo Gallery | 6 Photos
Photo 6/6   |   005 Best Diesel Deals On Craigslist Nashville
To be fair, we went through all 135 offerings before doubling back to this ol' girl. Another one for the Dodge Ram fans, and it's a first-gen 2500 to boot! Not much information is provided, other than a statement that "the truck runs and drives great," and it has a fresh oil change and tune-up. Now, here's the thing: The listing shows $1,100 as the price. If this is accurate (and we're even guessing it's a typo), the truck probably is gone already!
https://nashville.craigslist.org/cto/d/chapel-hill-1992-dodge-ram-cummings/7120969450.html