How I almost lost my dream job as soon as I landed it. 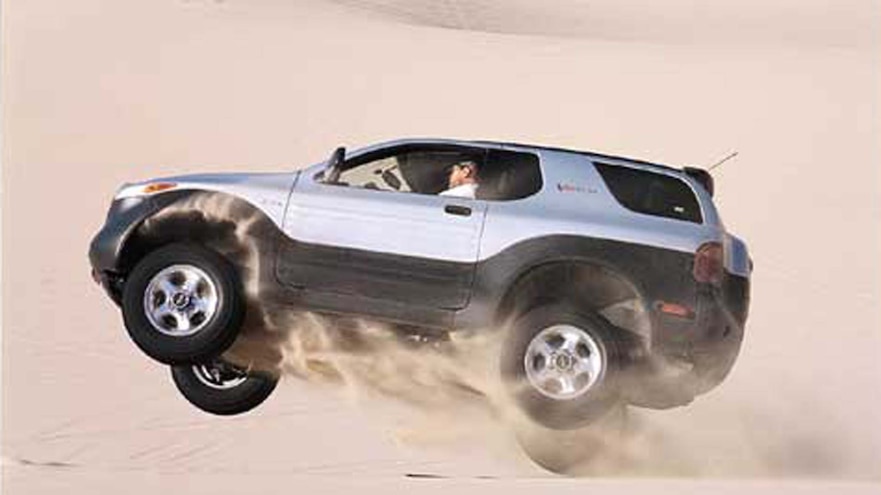 Campfire stories are usually entertaining. Take a bunch of friends sitting around a crackling open-air blaze on cheap $5 folding chairs under the star-speckled anonymity of night, lulled vulnerable by the radiant heat of burning wood, and embarrassing anecdotes begin to flow. One story I've only told to a few people (often around a campfire) involves something that happened my first month into landing my dream job as a features editor at Petersen's 4-Wheel & Off-Road magazine. But with our Four Wheeler of the Year event fresh in my head and social gatherings still stymied, I guess I can pull up a chair to the virtual campfire and tell this tale of shame and fortune publically.
It was 1999, and I was the 4WOR FNG. I'd been a voracious reader of automotive magazine since childhood and couldn't believe I was part of the team evaluating a field of 10 new-for-2000 vehicles for the title of 4x4 of the Year. With some of the biggest names in the publishing world in convoy, editor Cole Quinnell led the caravan into the wilds of SoCal through dragstrips, mountain roads, off-road trails, and ultimately the deserts east of San Diego. And it was there on the last day of the evaluation I almost cashed in my automotive journalist chips.
Cole drove fast. Like, really fast—everywhere. As a dumb kid in his 20s I was immortal, impressionable, and highly competitive. If Cole could drive fast, I could drive just as fast. And I'd show him by hanging on his bumper like glue no matter what the terrain. Well, that was in theory. In actuality I was about to be served a huge slice of humble pie. On our last day, Cole was leading in a Dodge Dakota Quad Cab with a V-8 and manual transmission, hauling down a wash at breakneck speeds, drifting and sliding, and using every bit of the 4.7L's 230 horsepower. This rotation I happened to be driving a VehiCross, which was a limited-production specialty vehicle made by Isuzu and, as I recall, one of only a few in the country at that time. The VehiCross had a good 215-hp 3.5L V-6, monotube shocks with remote reservoirs, and a twitchy 91.8-inch wheelbase that was easy to break loose and drift.
I could barely make out Cole's taillights as we tore down the dry wash. Before each turn, Cole gave the Dakota a stab of brake and flicked the pickup into a gentle drift. And dumb me was following so close I came to rely on those brake lights to point which way the wash went because by now I was so damn close to his bumper almost all I could see was a wall of dust. Only on one particular turn Cole didn't tap the brakes. The Dakota just took a sharp right with no warning, and then—poof—I emerged from the dust cloud at speed staring at the 2-foot-tall, near-vertical bank of the wash a few feet from the front bumper. Aw, crap.
You ever see National Lampoon's Vacation, where Clark Griswold absolutely yard sales the Family Truckster? Yeah, that was me. The nose shot skyward, and the VehiCross took to the air at a 45-degree angle. I have no idea how much clearance there really was between the tires and the ground, but I do know there was a lot of hang time as that poor little Isuzu gracefully arced through the mid-morning September air. "I can't believe I did this. Man, this is gonna be ugly...I bet this'll hurt when I land I wonder if I'm gonna need an ambulance Maybe I should put my hands outside the wheel so if the airbag pops I'm so fired Hmmm, where's the best place to put my feet to brace for impact?" These thoughts plus a whole lot of others had time to stream in and out of my consciousness before the nose turned back downward and the ground became large in the windshield.
It hit front tires first, slapping the bumpstops with fury and instantly rocketed back into low orbit before the rear tires had a chance to kiss dirt. This orbit was slightly lower this time but, once again, left plenty of time for midair ponderances. Eager to get off this carnival ride, I moved my right foot from the tranny tunnel where I had wedged it to the brake, but all that did was create an audible, "zzzzttttt, zzztttt, zzzzttttt" from the ABS system as if it were saying, "You bought the ticket, and you're riding this bull for the full eight seconds, stupid." Eventually each launch and subsequent return to earth became less and less intense, and I came to a rest probably 40 yards from the launch point. For some reason I thought I'd have a crowd of my peers and heroes standing around pointing and laughing at me, but to my amazement there wasn't a soul or vehicle in sight. Just a distant dust plume far ahead where Cole had kept tearing along and another one far behind where the next guy had been following at a much saner distance. I did a quick post-mortem walk around, and to my amazement that tough little Isuzu didn't have a scratch on it, so I quickly hopped back in and found my way back into the wash, where I followed at a much safer distance and at a much saner speed for the remainder of the day and my journalistic career. 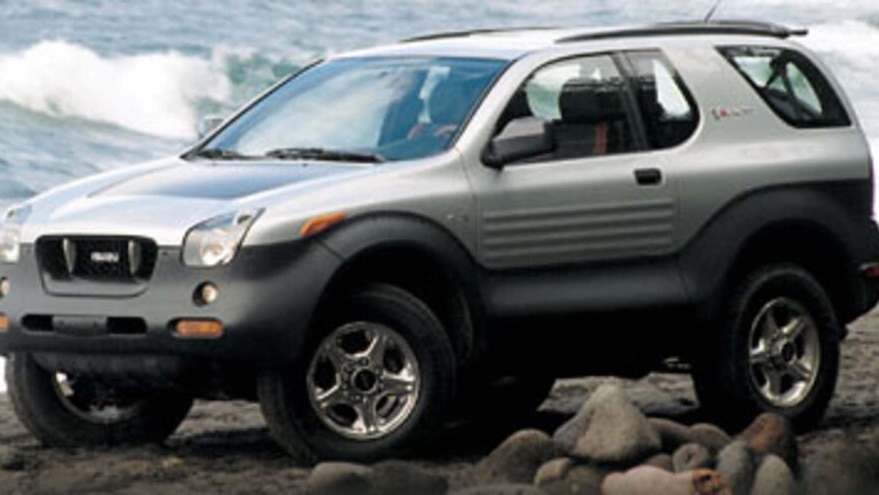 - OF
By Christian Hazel
90 Articles