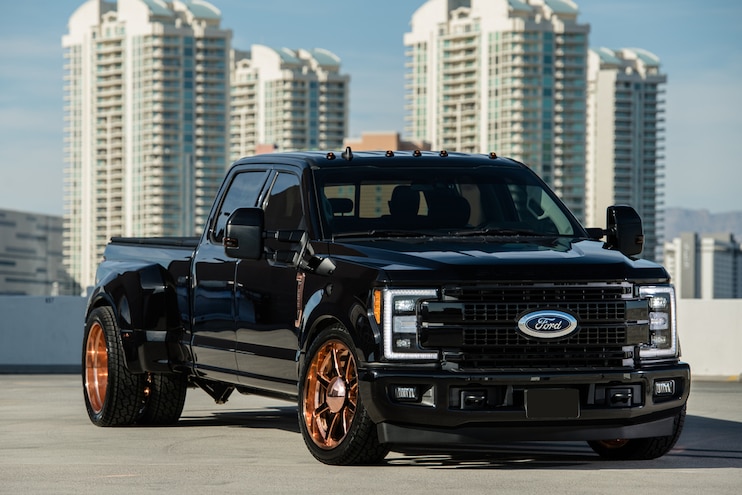 What happens to SEMA trucks once the automotive industry's biggest event ends? More often than not, they fade into oblivion after the short-lived fame. Sometimes, though, something meaningful happens. Truck Hero, a manufacturer of cool truck products, just sent its SEMA Show truck to Barrett-Jackson's 2020 Fall Auction at WestWorld in Scottsdale, Arizona. The customized 2019 Ford F-350, one of seven F-Series custom truck builds from Ford's booth at the 2018 SEMA Show, sold for $275,000.
Truck Hero's build, dubbed Ultimate Tailgate Super Duty because of its party-in-the-rear setup, was bound to bring in some dough, but the fact that it sold for charity surely kicked the needle through the roof. All of the auction proceeds benefitted Building Homes for Heroes, a national nonprofit organization that builds and modifies homes for Afghanistan and Iraq conflict veterans and their families. Truck Hero's F-350, along with two other vehicles, raised a combined $845,000 for charity during the auction. The other two charity vehicles were Ken Block's 2016 Focus RS RX ($200,000 benefitting Team Rubicon) and a 2020 Chevrolet Corvette ($370,000 benefitting Heartstrings Foundation). Collectively, the Barrett-Jackson auctions have raised more than $127 million for more than 170 organizations nationwide. - OF
By Monica Gonderman
718 Articles