Zero Tailpipe Emissions Coming to a Work Van Near You 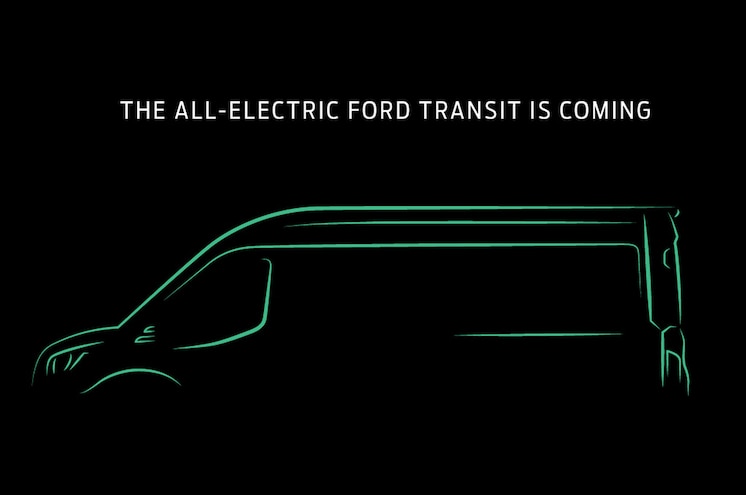 At the 2020 Work Truck Show in Indianapolis, Ford announced that it would soon bring to market an all-electric Transit. Due by the 2022 model year, the zero-emissions version of the popular cargo van will join the F-150 and Mustang Mach-E as part of the Blue Oval's all-electric stable.

What Is the All-Electric Transit?

The EV version of the Ford Transit van will be built in the U.S., available in three roof heights and three lengths, with cargo van, cutaway, and chassis cab bodies on offer. Other tech details are sparse. We presume the all-electric Transit will feature a range that's probably better than that of the not-for-U.S. Mercedes-Benz eSprinter.

Mercedes' legendary van lineup has offered an EV variant since December, with two different battery options. The 55-kWh version has a maximum payload of just under 2,000 pounds and a range of about 93 miles, while the cargo-optimized 41-kWh version has a shorter range of 71 miles but a larger payload rating of about 2,300 pounds.

However, American work vehicles often travel further than European ones, since the U.S. skews more toward suburban sprawl than tight city confines. As such, we think an all-electric Transit would need a minimum range of 150 miles, with a payload rating of 2,000 pounds or so.

Why Should I Consider an Electric Cargo Van?

Ford is marketing the Transit EV to take advantage of rising demand for "last mile" delivery and e-commerce. In "last mile" situations, packages and cargo are delivered en masse via large trucks to a distribution center on the outskirts of town, then loaded into city-friendly vans and trucks to be delivered to their destinations.

This use case traditionally involves shorter routes, with a delivery van usually following a logical path through the city with a minimum of backtracking. Route-optimized, urban settings are ideal for electric vehicles, particularly since many city centers have plans to ban internal-combustion vehicles within city limits in the near future.

Electric vehicles make a lot of sense in urban environments since internal-combustion vehicles usually emit a disproportionate amount of pollutants at lower speeds than when cruising. An EV's zero tailpipe emissions, instantaneous torque, and regenerative braking make it a good fit for the cut-and-thrust of downtown traffic, reducing pollution and particulate emissions while also providing good performance and reduced brake wear. Quieter operation is another bonus.

However, the all-electric Transit doesn't really offer many practical solutions to the largest obstacle to widespread EV adoption: charging infrastructure. The Transit will benefit from access to Ford's charging network, which the company claims will be the nation's largest. However, to really take advantage of an EV's benefits, fleet operators would be better off installing their own charging stations at the home base. That expense could be insurmountable for some small businesses unless they can borrow against the savings from an EV's reduced vehicle maintenance and cost-per-mile. Regardless, we foresee larger companies like UPS, FedEx, and potentially Amazon adopting the all-electric Transit to prepare for an EV-centric future.