700+ Horsepower, Officially Licensed By Ford, and a 5-Year Warranty. 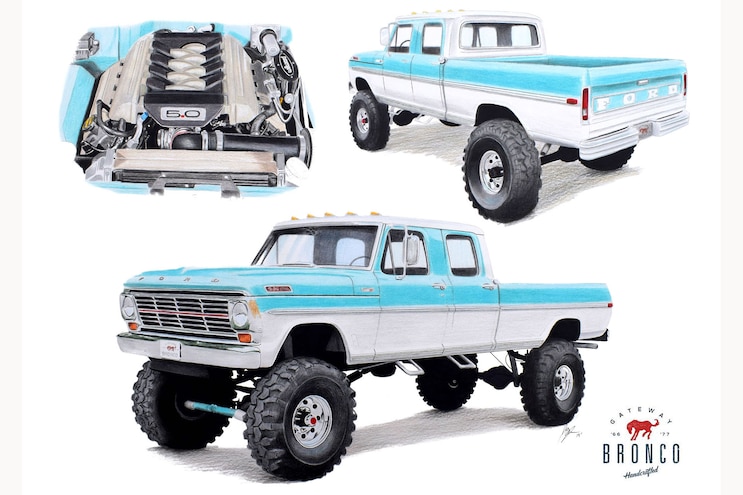 The mad scientists at Gateway Bronco out of Hamel, Illinois—the same folks that brought us the amazing collection of restomod early Broncos—have now lifted the curtain on the company's next big creation. Adding to stable will be classic 1967-1972 Ford F-Series pickups, with the first such build debuting at the 2020 SEMA Show in Las Vegas.

Like the custom Broncos the company is known for, the restoration of these F-Series pickups is officially licensed by Ford. These "bump-side" Fords are a natural choice to follow Bronco, as interest in the platform has skyrocketed in recent years with Hagarty reporting that value of these trucks has risen by more than 40 percent since 2017. Similar to its Bronco builds, Gateway Bronco plans to offer these trucks with a 5.0L V-8 engine mated to a 10-speed transmission. They'll have push-button four-wheel drive, a push-button active exhaust system (for a louder note when the time is right), a custom-designed and powder coated chassis with 4-link suspension, rugged leather interior treatments including American bison, and finally a genuine barn wood-lined bed floor. 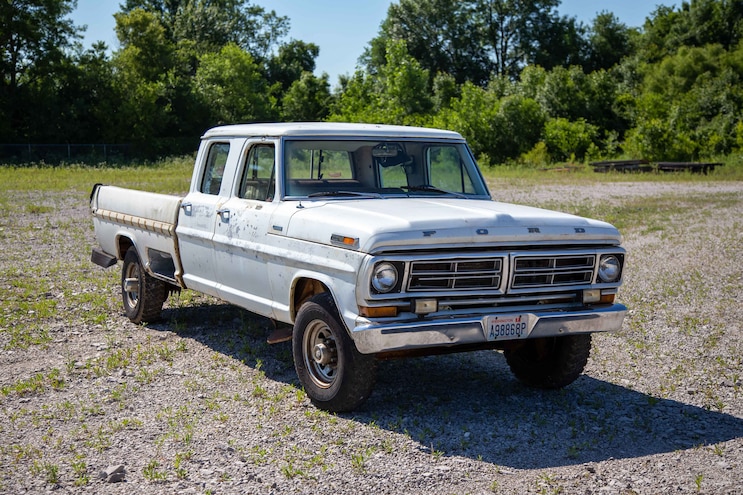 More impressive, however, is the list of options that will be available. While Ford's 5.0L V-8 engine is great, it can be made better with the addition of a Harrop USA or Roush Performance supercharger. This ups the output to a staggering 700 hp. Also on the options list is the ability to ditch the 5.0L V-8 altogether and instead drop in Ford's impressive new 7.3L big-block gasoline V-8. Don't worry, the 7.3L V-8 comes fitted with the customer's choice of either a Harrop USA supercharger or a pair of twin turbos. Performance figures for the 7.3L V-8 haven't been released yet, but we've got to imagine they'll be staggeringly impressive. On the traction front, there is an available Eaton ELocker for the front differential and Detroit Truetrac for the rear. 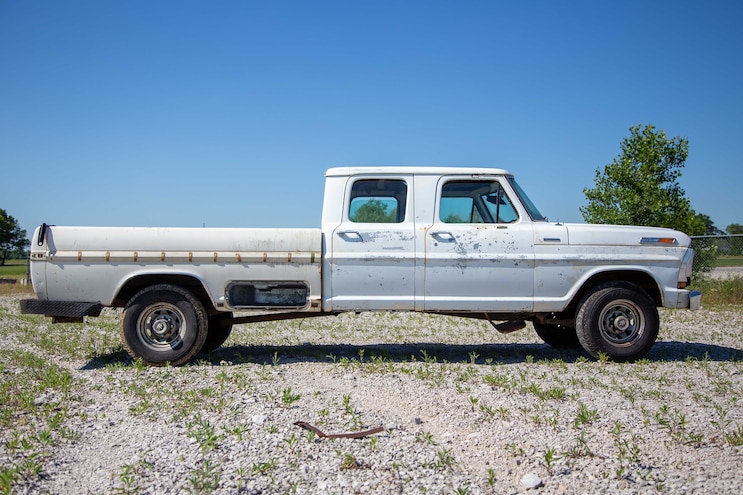 The first of these trucks will be the 1969 Ford F-250 shown here in the renderings. It'll be fitted with a supercharged 7.3L V-8 engine and will make its public debut in Eaton's booth at the 2020 SEMA Show.

"So many people love the craftmanship and value of our Resto-Mod Ford Broncos that they're asking us to build a modernized classic Ford pickup," said Seth Burgett, CEO of Gateway Bronco. "When we approached Ford Motor Company with the consumer requests, they quickly issued us a license to fulfill that worldwide demand. So, we will begin fast tracking our first commission for an enthusiast who wants to put a reimagined 1969 Ford F-250 Crew Cab next to the Ford Bronco that we rebuilt for him. Eaton's Performance aftermarket business was so enamored with the truck that they asked to debut it in their SEMA exhibit this fall."

Every vehicle from Gateway Bronco is backed by a 5-year bumper-to-bumper warranty. The company protects each SUV and truck from rust and deterioration using proprietary solutions, as well as modern chassis components and tuning expertise to make the ride smoother and more comfortable. Gateway can produce between two and four vehicles a month and meets the Certified Reconditioned Vehicle standards established by Ford.

With the company's Broncos fetching between $150,000 and $300,000, we expect these trucks to land in the same ballpark, though no official pricing has been announced just yet.

- OF
By Jason Gonderman
794 Articles