How would you like to own the most famous WC-57 on earth? 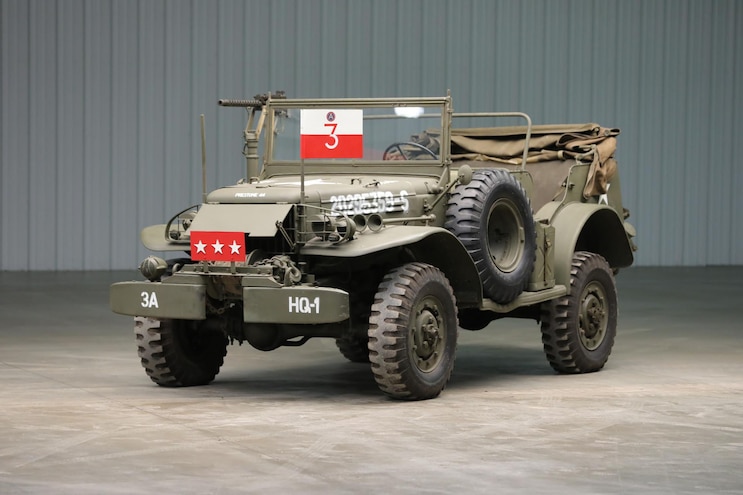 We were taking a break from cars and trucks and things that go, browsing through another forum we like to frequent, and there in one of the "Off Topic" sections was a link from Worldwide Auctioneers about General George Patton's WWII command car going up for auction. The auction will take place in Auburn, Indiana, on June 13, 2020 and Worldwide Auctioneers is listing Patton's 1944 Dodge WC-57 command car without reserve as lot 7591.

Anybody who knows even a little about George S. Patton knew he led from the front, and his ivory-handled Colt SAA .45 revolver wasn't just for show. As a young second lieutenant, he had used his sidearm in a shootout with Mexican Cardenas riders in May of 1916 while searching for Pancho Villa. Fast-forward to WWII: As the commanding general of the U.S. Third Army, he eschewed the more common and inconspicuous jeeps available in the European theater, opting for the more conspicuous, almost ostentatious G-502 command cars as his mode of transportation. Patton developed a taste for the Dodge command cars, using a half-ton G-505 series WC at the Desert Training Center in 1942 prior to leaving for Europe. Once overseas, Patton began using a three-quarter-ton Dodge WC-56 G-502-series command car, which was wider, lower, and more stable than the half-ton G-505 models like the WC-7, WC-24, and so on. Patton used the WC-56 until in 1944 when he upgraded to this WC-57, which was outfitted to his personal specifications after it arrived overseas. 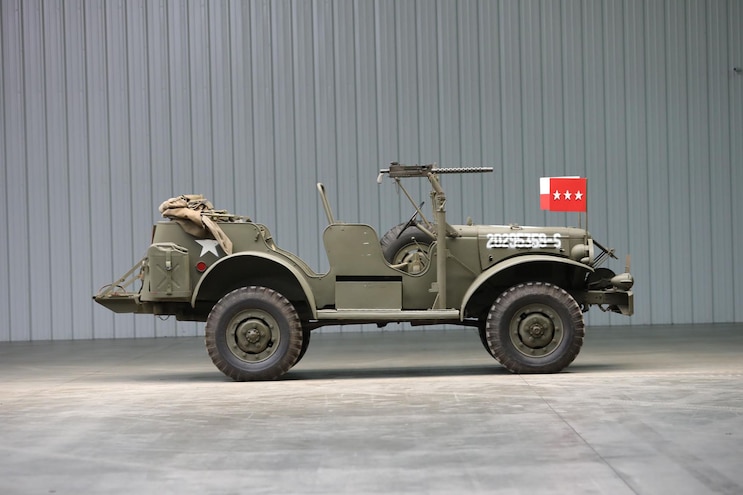 As delivered to the European theater, Patton's WC-57 would have been equipped with standard Dodge G-502 equipment like a Braden MU2 winch, a 230-cube 92-horsepower L-head inline-six engine, three-quarter-ton payload, full-time 4x4 system, and a radio switch box mounted behind the front seat, but as we said, Patton led from the front. To announce his presence to his front-line troops, Patton had a siren and two huge air horns mounted on the front bumper and fender. To deflect small arms fire and shrapnel from vulnerable mechanical parts, armor plating mounted on swivels was installed to protect the radiator, and half-inch armor was scavenged from scrap and added to the floor to help protect against mines and ordnance fragments. Because the WC-57 silhouette was distinctive to the enemy, artillery and airplanes knew a WC usually hosted a high-priority target like a radio or field commander, so Patton had a Browning machine gun mounted on a swivel so he could fire back at any attacking enemy. We've seen some sources claim it's a .30-caliber and others say it's a .50-caliber. To us it looks all the world like a genuine WWII-era Browning M1919 .30-caliber machine gun. And naturally, like the ivory handles of his beloved revolver, his WC-57 proudly displayed his (at the time) three-star insignia, with silver stars atop large red steel plates. 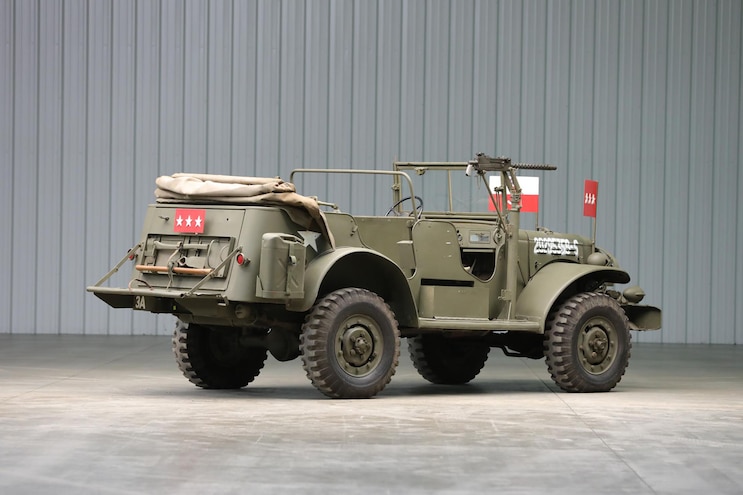 We think it's exciting that Patton's command car has survived the passing of time in such good condition. We hope whoever becomes the next fortunate custodian of this 4x4 treasure keeps it with the same reverence and respect this old warhorse deserves.

- OF
By Christian Hazel
63 Articles