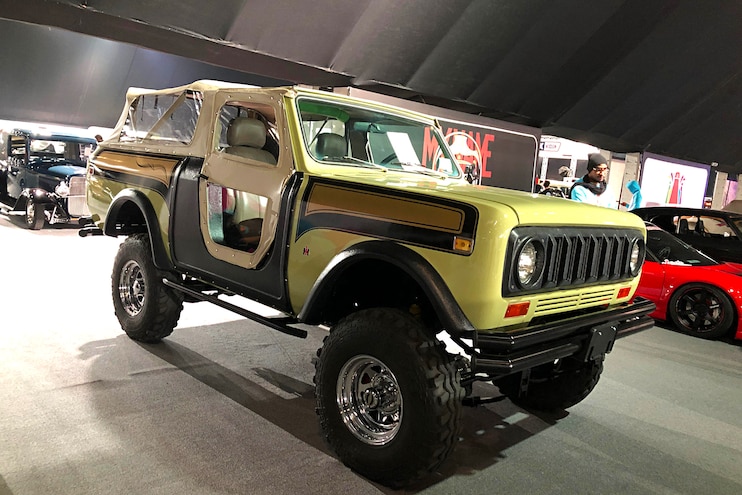 The Global Auto Salon in Riyadh, Saudi Arabia, wasn't just any car show. Instead, it was a weeklong celebration of all things automotive. Think of it as a classic car show, off-road expo, overland expo, carnival, state fair, and monster truck blowout all rolled into one. Case in point, the sideshow events were by far the most entertaining element of the show.

Our time at the Global Auto Salon started off watching a human cannonball shoot himself across the infield. David "The Bullet" Smith set out break a world record, the distance of which got a bit lost in translation. Nevertheless, it was entertaining to watch. Next up was another world record attempt, this time from world famous stuntman Terry Grant. Hotwheels constructed a 64-foot tall loop for Grant, who piloted a modified Jaguar F-Pace through it several times during the show. This earned him an official Guinness World Record. 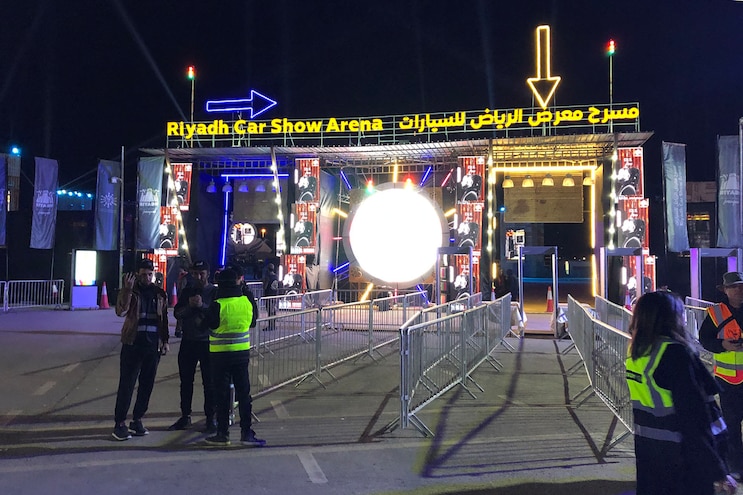 The Hoonigans set up shop in one corner of the event space with a makeshift Burnyard and invited the locals to take part in the shenanigans. What started out slowly each night quickly turned into a long line of high-powered drift cars doing burnouts and donuts until their tires were bald. It was quite amazing to watch, actually.

Team Nitto brought drivers Vaughn Gittin Jr, Muath Al-Essa, Loren Healy and Nick Nelson out to Riyadh, and they put on a wild show for the audience. Using an Ultra-4 rock racer, an unlimited desert truck, and a pair of drift mustangs, these four jumped and roared around the infield track with seeming reckless abandon. Obviously, it was highly choreographed, but still watching an off-road racer jump over a Mustang is quite the crowd pleaser. 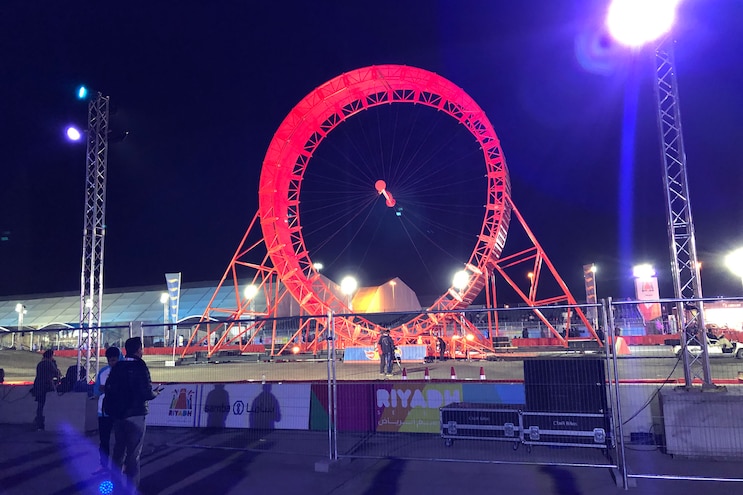 There were a couple paid experiences as well. Feld Motorsports set up shop and shipped more than a dozen of the most popular Monster Jam monster trucks and put on two shows each night, complete with a freestyle motocross opening act. Yes, Gravedigger was there as well. In addition, there was a comedy/action/stunt show called "Police Academy" out of Europe. Monster Jam cost about $25, while Police Academy was about $10—U.S. equivalent of course.

Rounding out the party was a massive food court, a nightly concert, demos from drift teams, and even a Formula 1 racecar demo from Ferrari. And of course, there were fireworks each night because why not? 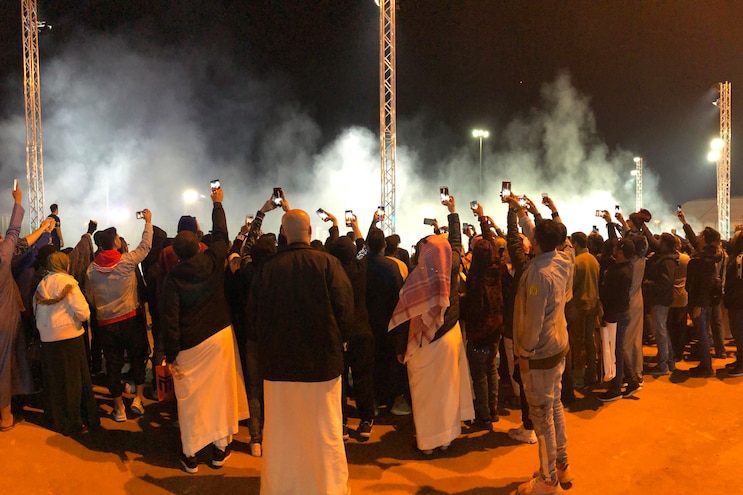