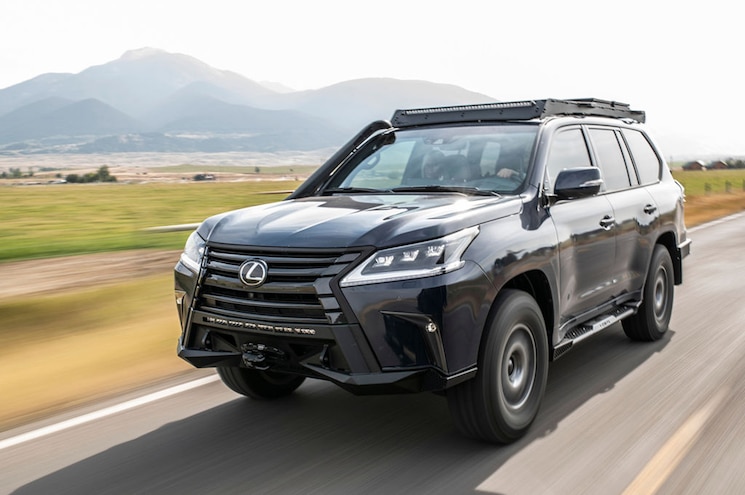 When you say the name, "Lexus," hard-core off-roading, or even today's current "it" activity of rugged-terrain overlanding certainly aren't uses that immediately come to mind for its SUVs. Sure, several of the brand's utility offerings bring plenty of performance to the table for "spirited" on-road driving experiences. But for all intents and purposes, luxury is the name of the game for Lexus vehicles.
Lexus' SUV segment is anchored by LX 570, its eight-passenger, 5.7L V-8-powered flagship. With 383 horsepower and 403 lb-ft of torque, an eight-speed automatic transmission, and full-time four-wheel drive (as well as interior/exterior treatments, accessories, and all the bells and whistles that are synonymous with Lexus luxury), it's a perfect mashup of city sophisticated and country-road capable. And that's where the buck stops.
LX 570 is a far cry from being capable of making sustained high-speed jaunts across the desert. But a desire for it to do so inspired Lexus and experts at Expedition Overland to design and create the vehicle being shown here for the first time, the Lexus J201 Concept. 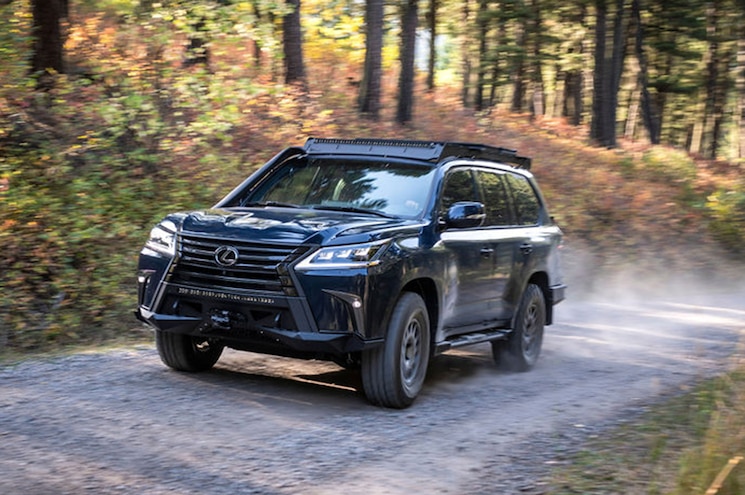 The Lexus J201 Concept is an all-world off-road/overland derivative of the LX 570, highlighted by a sixth-generation Magnuson Superchargers TVS1900 blower that increases the 5.7L's horsepower and lb-ft torque output to 550 on each side.
The performance bump is complimented by off-road-suspension pieces from Icon Vehicle Dynamics (lift, front upper control arms, rear lower control arms), as well as braking and tire enhancements by StopTech Brakes (drilled rotors, Super Sport performance pads), General Tires (33-inch Grabber X3 tires on EVO Corse DakarZero 17-inch wheels). The concept also carries a bevy of additional lighting and body/chassis protective components that include bumpers and skidplates that are not normally found on Lexus sport-utility rigs. 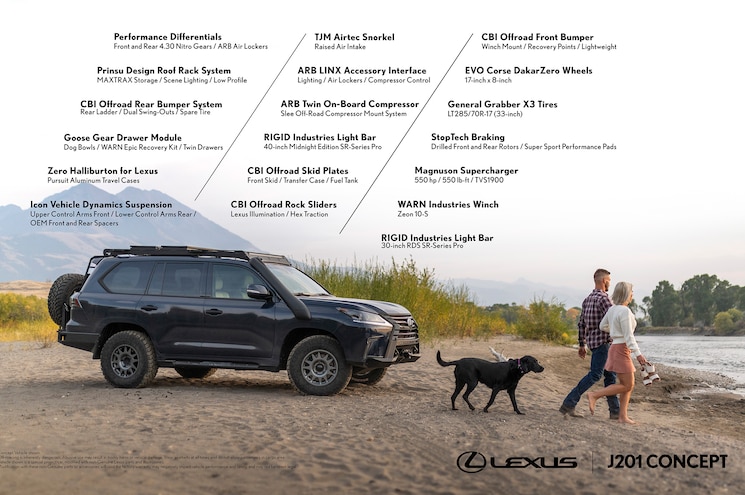 View Photo Gallery | 20 Photos
Photo 3/20   |   Lexus J201 Concept SUV 03
Staying true to Lexus luxury on the amenities side, a slick set of Zero Haliburton aluminum travel cases is part of the J201 Concept, and puppies along for the ride are even considered, with a pair of dog bowls incorporated in a rear-mounted Goose Gear drawer module. The SUV definitely is set up for being moderately off the grid and has plenty of power to get you away from it all in a hurry.

The upcoming (October 8 to 17, 2020) Rebelle Rally is where the Lexus J201 Concept will make its off-road debut, with 2019 champions Rachelle Croft and Taylor Pawley of The X Elles racing team sharing driving duties. The all-women's, 10-day race covers 1,243 miles (2,000 kilometers) of rugged terrain and changing climates throughout California and Nevada, and the Lexus-sponsored racers will use only maps, compasses, and road books to make it to the finish line.
It's an aggressive debut for J201 that you can follow live at www.rebellerally.com/live.

From Fantasy to Reality?

Will the Lexus J201 Concept ever come to production fruition? Should it? With a 550-hp engine under its hood, there's no doubt the action adventurer will be a blast to drive and can probably give the recently debuted Jeep Wrangler Rubicon 392 Concept a solid run for both vehicles' money (we estimate production versions of either rig will retail near or above $100,000).
Kudos to Lexus for stepping out into the world of overlanding, joining the likes of Land Rover and other high-enders that bring luxury to the space. Let us know what you think. And, better yet, give Lexus your feedback on this one.