Happy Birthday to the Original Luxo-SUV 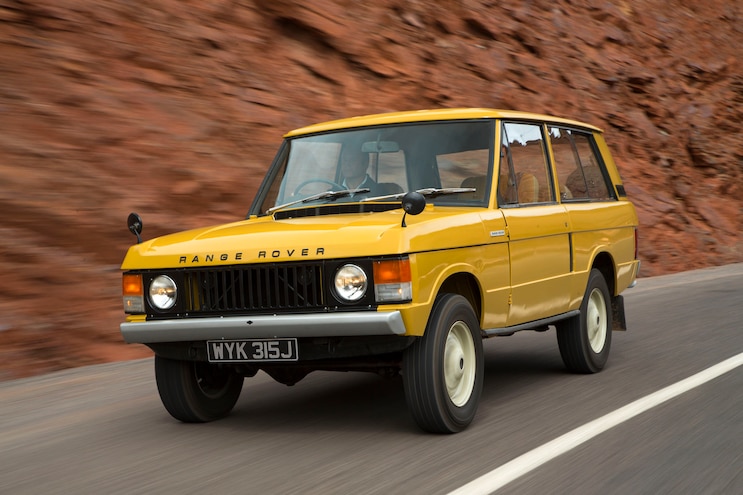 Happy Birthday! The Range Rover just turned 50 years old. The birth of this line of Land Rover came back in the late 1960s as engineers at Rover hatched a plan to combine the comfort and on-road ability of a Rover sedan with the off-road ability of a Land Rover.

The end result was the first generation of Range Rover. With a 100-inch wheelbase, the first-generation Range Rover, also known as the Range Rover Classic (RRC), was built from 1970-1996 and was originally only available as a two-door. During its 26-year lifespan, the Classic continued to evolve with the introduction of the four-door model in 1981 and an automatic transmission in 1982, as well as electronic traction control and air suspension in 1992. From there, the P38 was the second generation of Range Rover, the last to have solid axles and a ladder frame. Since then, the Range Rover line has continued to perform admirably off-road while setting the bar for interior creature comforts with the latest iteration of Range Rover. It was introduced in 2012, becoming the world's first SUV to feature an all-aluminum lightweight construction, making it lighter, stronger and more efficient.

To celebrate 50 years of a motoring icon, the limited-run Range Rover Fifty will be restricted to just 1,970 vehicles globally, in recognition of the year the original Range Rover was launched. Building on the luxuriously appointed Autobiography, the Range Rover Fifty features a number of bespoke exterior accents in Auric Atlas, as well as two unique 22-inch wheel designs (guaranteed to kill a tire on any rocky trail!). The badging features a "Fifty" script, which will appear on the exterior of the vehicle and throughout the interior on the unique "1 of 1970" center console commissioning plaque, headrests, dashboard, and illuminated tread plates.

Range Rover around the Globe