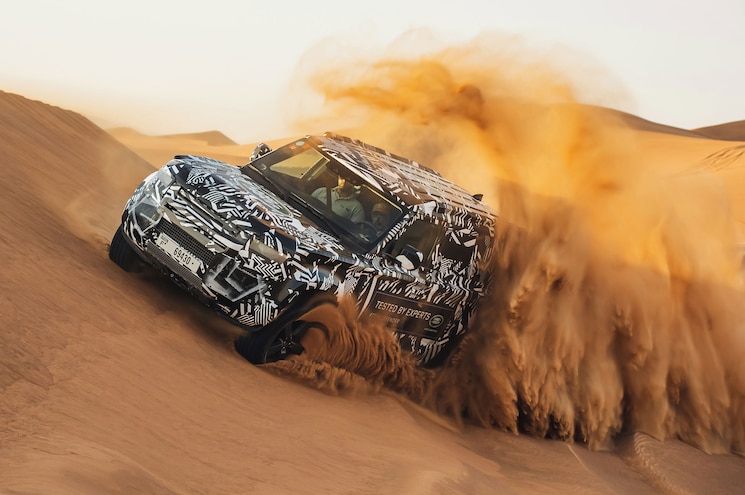 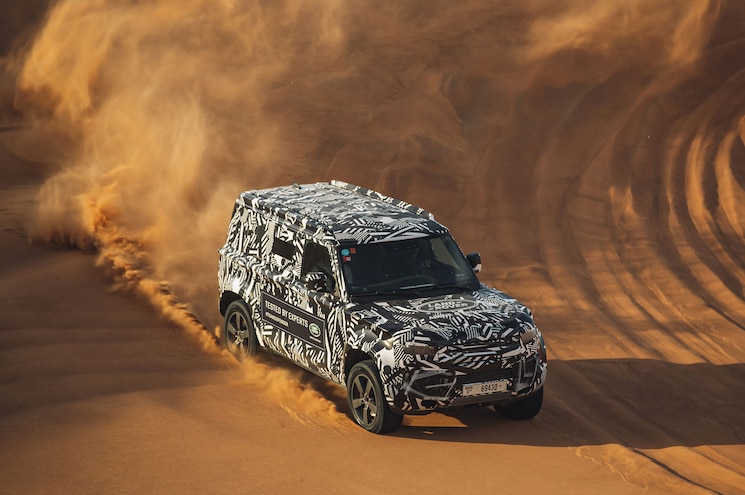 The Land Rover Series and Defender SUVs have been used by aid organizations for more than 60 years now, so it makes sense that creating a rugged successor would be a priority for the company. As such, it invited the International Federation of Red Cross and Red Crescent Societies (IFRC) to put the 2020 Land Rover Defender to the test near the organization's global fleet base in Dubai. 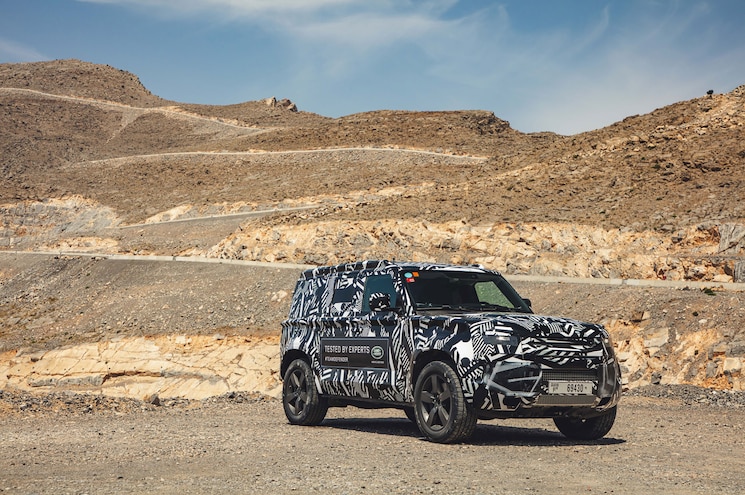 Engineers introduced a prototype of the 2020 Land Rover Defender to their counterparts at the IFRC, giving them a rundown of some of the SUV's useful features and technologies. Then, Red Cross fleet experts took to the wild, shaking down the off-roader on the sand dunes around Dubai. The IFRC also tried the Defender on the Jebel Jais Highway. The winding paved road leads to the highest point in the United Arab Emirates, a 6,207-foot peak on the Jebel Jais mountain. 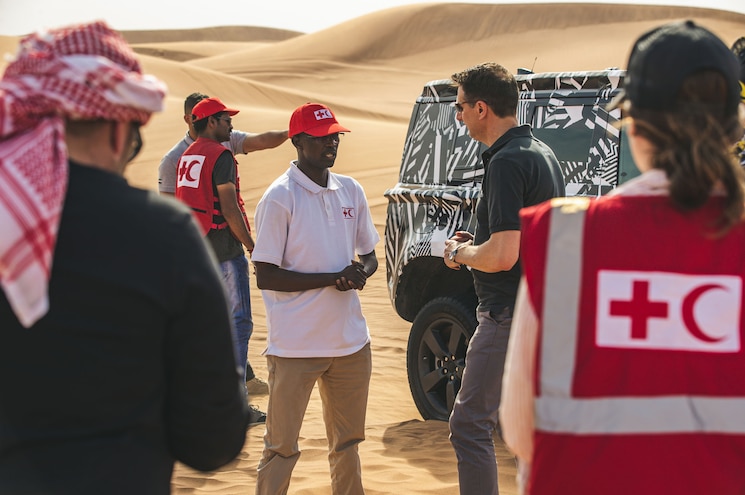 "The IFRC fleet experts tested the Defender in soft sand among the rolling dunes of the desert, where the prototype model shrugged off the steep ascents, demanding side slopes and blind crests that characterize off-road driving in the region," said Ilir Caushaj, the IFRC's team lead for global fleets and logistics.

Land Rover and the IFRC have had a partnership since 1954, when the automaker began supplying some of its first Series utility vehicles to the aid organization. "We hope the new Defender will maintain this heritage," said Nick Rogers, Jaguar Land Rover's executive director of product engineering. 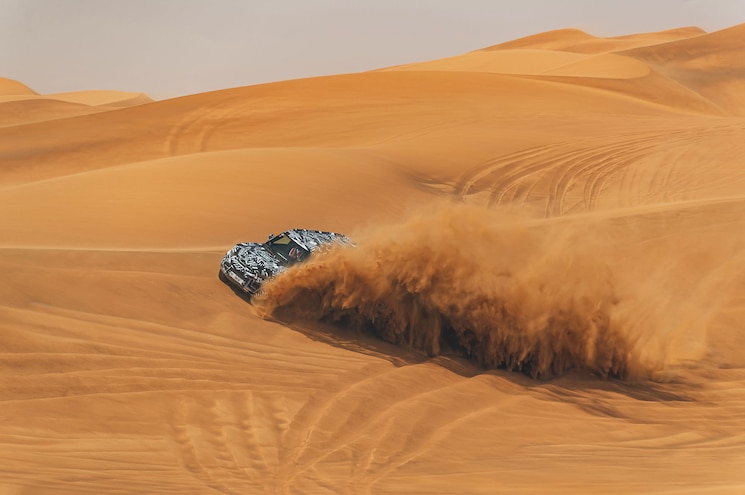 View Photo Gallery | 30 Photos
Photo 11/30   |   2020 Land Rover Defender Red Cross Off Road 05
"The dunes of Dubai are the perfect place to confirm that this is the most capable Land Rover ever made," he said. "It sits on tires with an overall diameter of up to 32 inches, resulting in a very large contact patch. Coupled with our bespoke traction control system, which monitors and adjusts for a very large variety of terrains, this makes the new Defender fantastic on sand and incredibly smooth on-road as well." 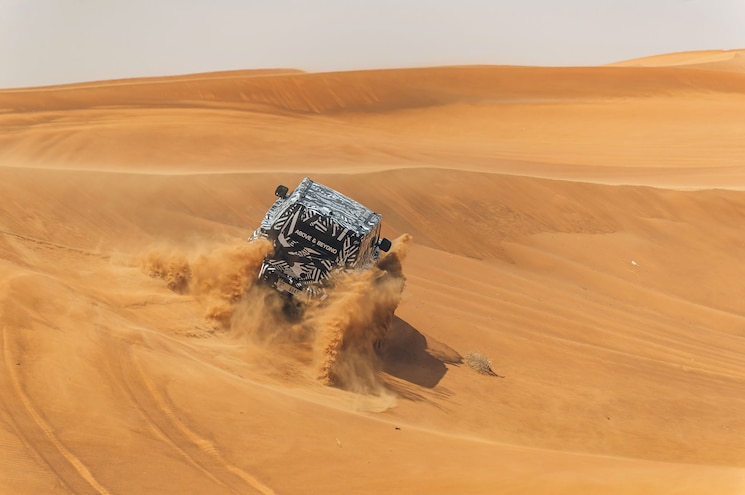 View Photo Gallery | 30 Photos
Photo 12/30   |   2020 Land Rover Defender Red Cross Off Road 06
The IFRC was formed on May 5, 1919 as the League of Red Cross Societies, consisting of delegations from Red Cross organizations from France, Great Britain, Italy, Japan, and the U.S. Observing its centennial this year, the IFRC is embarking on a birthday celebration called 100 Years of Hope. As part of the campaign, Land Rover will spend the next three years supporting disaster preparedness and response initiatives globally, including in Australia, India, and Mexico. 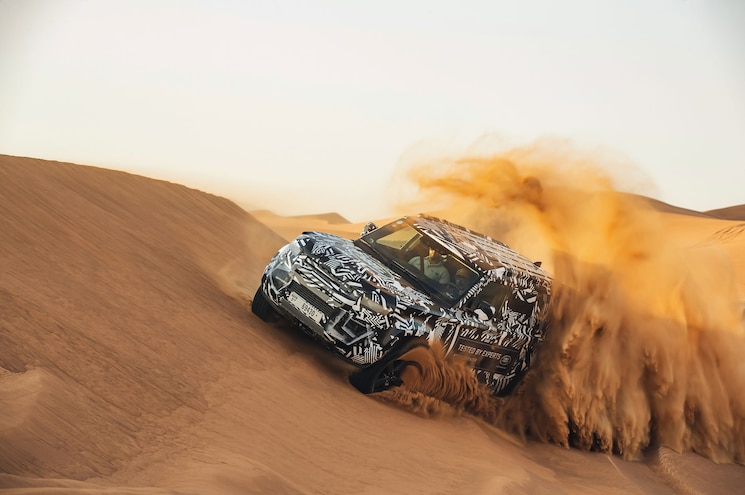