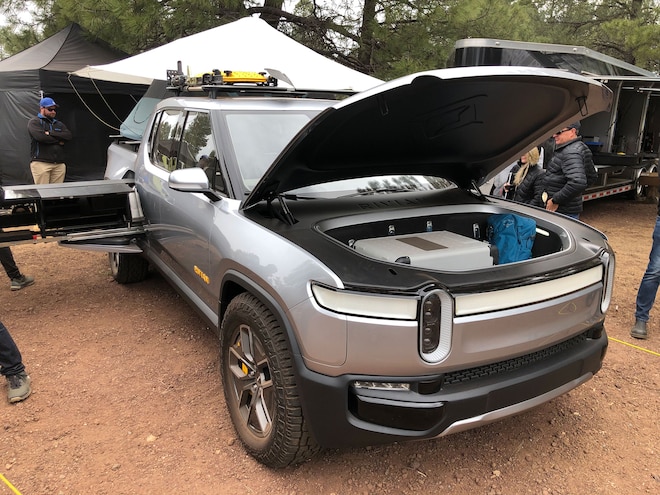 Rivian brought the first-ever electric vehicle to Overland Expo West over the weekend. Attendees of the expo had a chance to see the R1T pickup truck up close. Why is Rivian targeting the overland market? 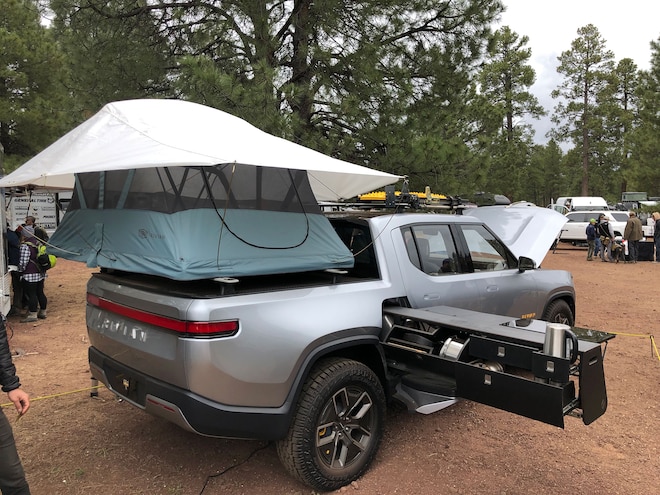 View Photo Gallery | 5 Photos
Photo 2/5   |   RivianR1TOverlandExpo3
Rivian's vehicles are quiet and produce zero emissions. The truck has a 400-mile range. Its torque provides optimal performance on rugged terrain with heavy loads. The R1T displayed at the expo features a custom electric camp stove powered by the truck's battery pack. The stove is built into the gear tunnel and slides out. Compartments on the slide-out hold dishes and other cooking gear. Also included on the R1T was a tent that fit over the bed. Traction mats were also added to the roof of the truck. Rivian added an electric refrigerator from Dometic under the front hood. 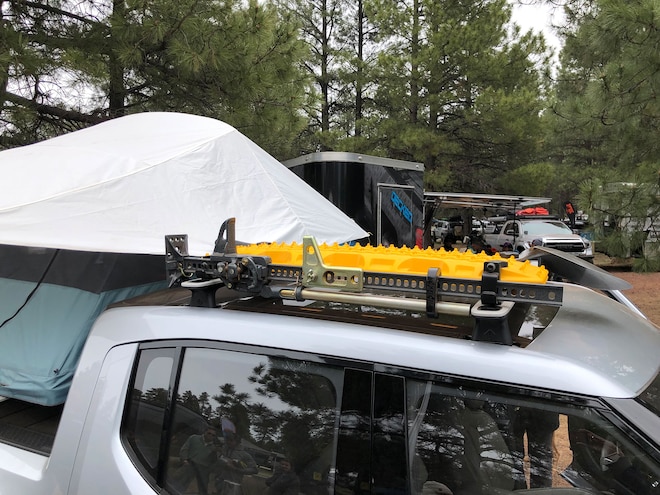 View Photo Gallery | 5 Photos
Photo 3/5   |   RivianR1TOverlandExpo1
Rivian engineers have been coming to the expo for years to learn how the overland community uses their vehicles. Overlanders are known for living off the grid for extended periods of time and exploring areas not easily accessible to normal vehicles. Camping, cooking, and outdoor recreation are core activities. 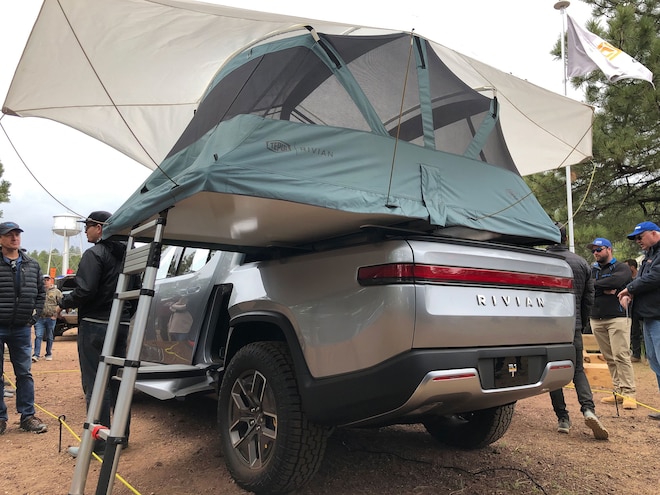 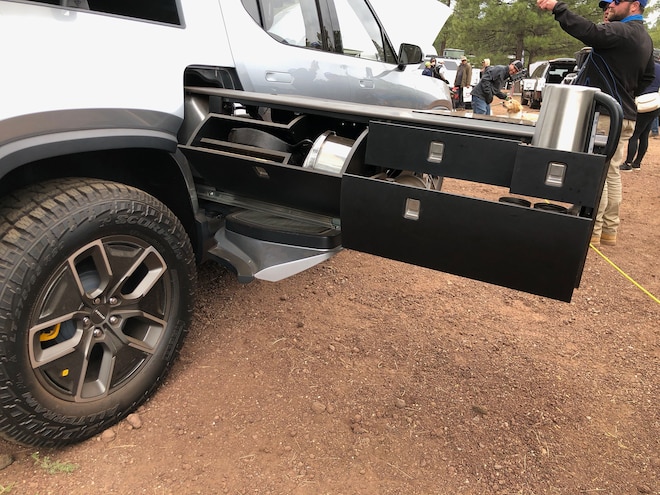