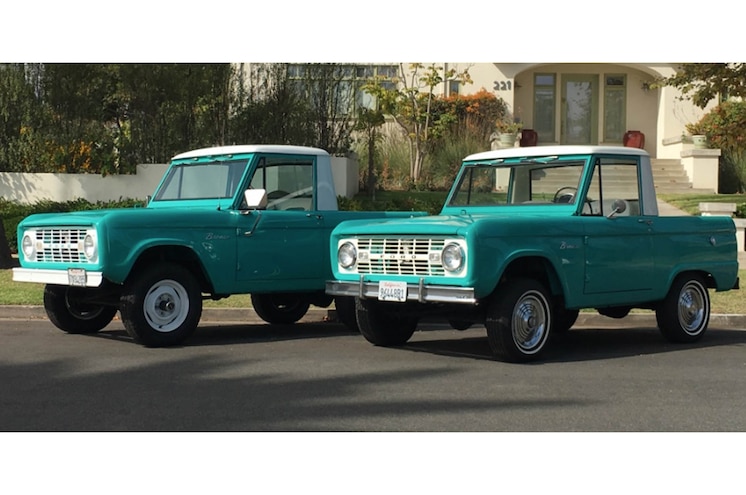 Are you looking for a gift for the life partner who has everything (and is your budget $70,000)? If so, have we got a deal for you with this pair of unmodified 1966 Ford Bronco 4x4s currently for sale on Craigslist in Santa Monica, California.

Picture it: You're out on a romantic Valentine's Day dinner date and you pull out a small velvet box. Your loved one opens the box, expecting a diamond bracelet or a fancy watch, and instead there's a dainty, delta-shaped key—the key to one of two 1966 Ford Bronco half-cab pickups. Something far more useful, fun, and boast-worthy than some silly jewelry. 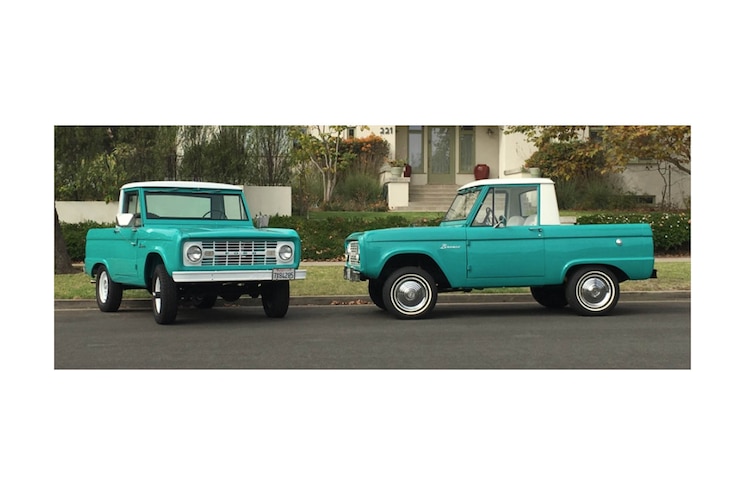 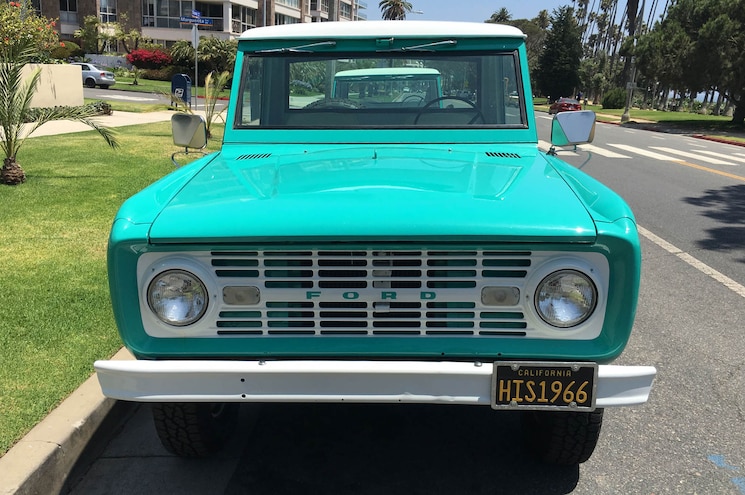 In all seriousness, these two Broncos look to be in fine condition, based on the photos and information provided to us by the current owner. Both have had restoration work done to bring them back to their original glory. They're painted a very 1960s-chic Lunar Green—"Hers" gets white upholstery and is photographed wearing its original Ford hubcaps, while "His" features a two-tone interior and comes with rough-and-tumble steel wheels painted white.

"Hers" was reportedly sold new in August 1965 in Georgia, making it one of the earliest examples of the SUV. "His" is a California truck, sold new in December 1965 in the Golden State. As with all 1966 Broncos, these both feature four-wheel drive and a three-speed, column-shifted manual. "His" and "Hers" are both equipped with a 170-c.i. I-6 engine, which produced 105 hp when new. 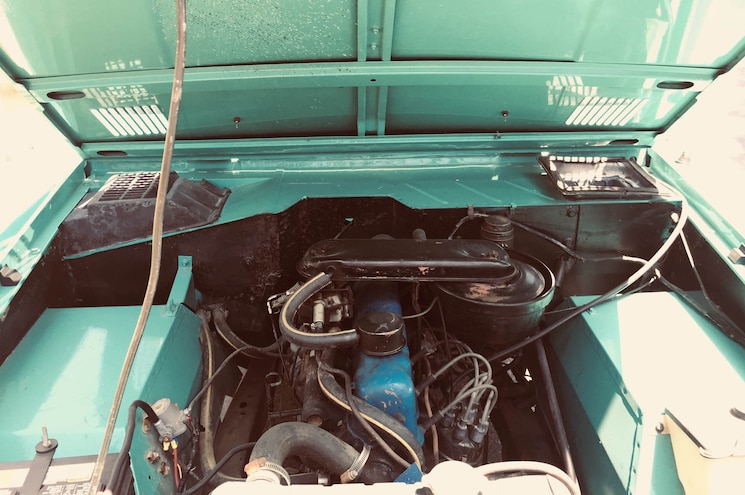 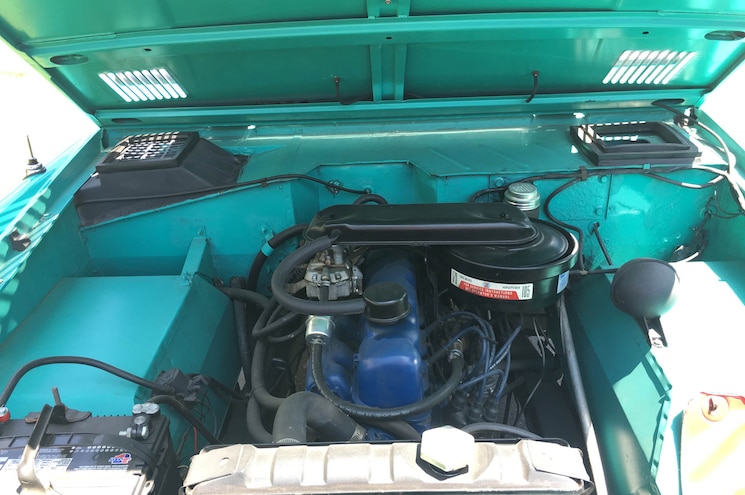 Of note, the seller is open to separating the pair, asking $30,000 for "His" and $40,000 for "Hers." But really, why not keep them paired so you and your significant other can both enjoy the Bronco experience, whether it's date night or the daily drive?

Ford was riding a wave of success in the early 1960s. The compact Falcon came on the scene for 1960 to strong sales, and the Mustang, introduced in April 1964, put the entire automotive world on notice with its attractive styling and approachable performance. Ford capitalized on this success with another compact model, a removable-hardtop pickup known as the Bronco. 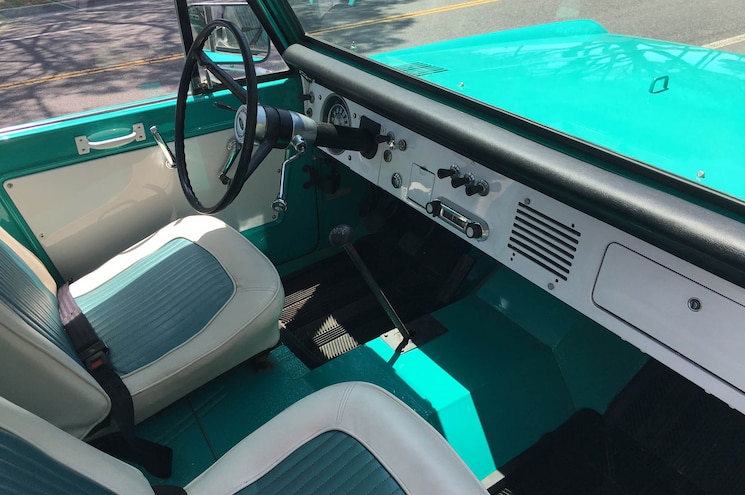 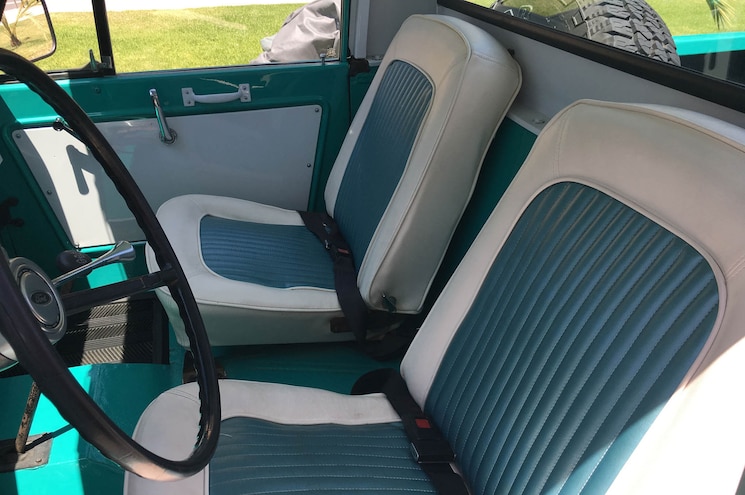 Launched in August 1965, the 1966 Ford Bronco was also available as a removable-hardtop SUV or a roofless and doorless "roadster," clearly marking the Bronc as a fun and carefree machine for the beach or the mountains. Competing with the Jeep CJ-5, International Harvester Scout, and later Chevrolet Blazer, the Bronco sold very well in its first few years of existence.

The 1967 Bronco had a V-8 option, and later Broncos offered more power, an automatic transmission, and greater creature comforts. But there's still a lot to appreciate about the original—slightly underpowered, simple, tough, and—lets face it—cute.

Owning one is a privilege. Owning two would be a dream come true.

Source: Craigslist via the owner, Silodrome