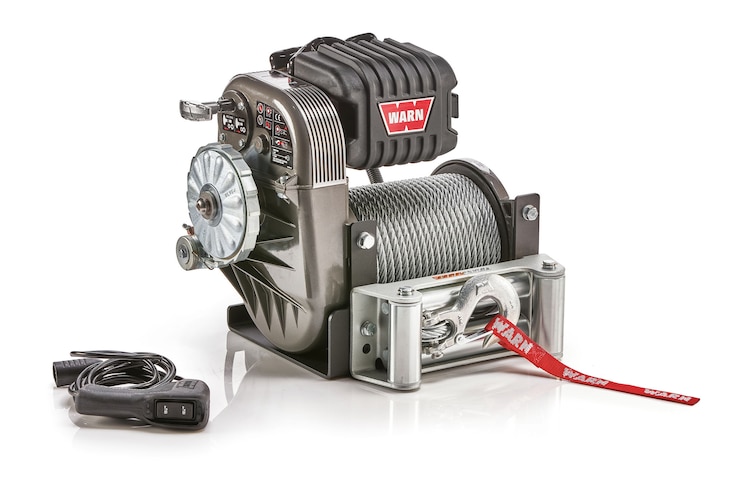 The most recognized face in the world of winching just got better. Introduced in 1974 as next in the lineage for Warn upright winches after the Belleview/M6000 and 8200 series, the version of the Belleview winch M8274 packed all of the modern features we've come to enjoy from modern electric winches, all with a blazingly fast line speed, a huge 150-feet of 3/8-inch cable capacity, and performance capabilities that always seemed to exceed its conservative 8,000-pound rating.

We're betting Warn could've just slapped a "10K" rating on the 8274 without any other changes. We've seen them yank heavy fullsize vehicles out of hip-deep mud, move downed hardwood trees, and just plain do the impossible. But Warn is walking the walk with a new high-output 6-hp motor that can better withstand the needs of today's ever-increasingly heavy vehicle loads. In addition to the motor upgrade, Warn has replaced the old-school solenoid control pack to a much more reliable and efficient Albright contactor system with an IP68 dust, dirt, sand, and waterproof rating. So, the new M8274 is not only more powerful, it should prove more reliable in the long run. And given that there are thousands and thousands of original 8274 winches from the '70s, '80s, and '90s still out there on the trail, that's saying a lot. 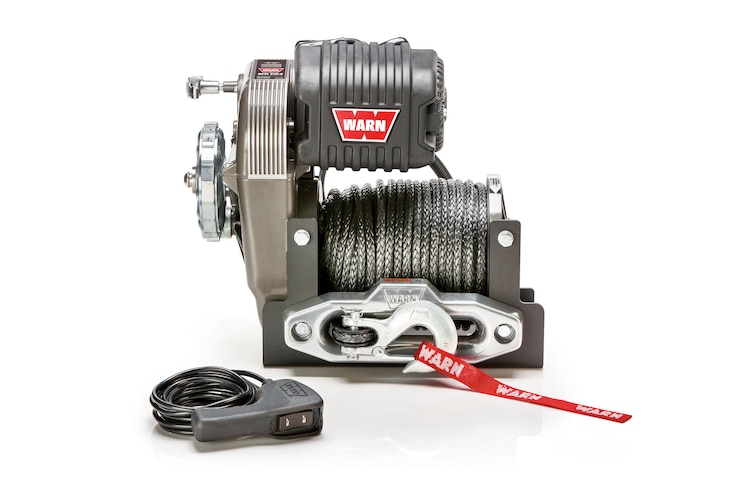 As we said, any 8274 is going to be a durable performer. It's simple to fix when components wear out or are damaged, and we consider the 8274 one of the most user-friendly winches on the market. But that's not saying the original design left no room for improvement. For the newest variant of this classic, Warn has redesigned the control pack with a high-strength polymer housing that looks to be strong and durable compared with the plastic housing of the older units. The new stainless-steel clutch handle is more durable and ergonomic, and the pinion gear assembly features two Oilite bushings for more support, lubricity, and better durability during extreme recoveries. And lastly, the brake shaft, which used to be held on by a simple retaining ring, is now held on with a bolt and washer.

We applaud Warn for continuing to build its classic upright M8274. Running an 8274 of any vintage is like a badge of honor. When others on the trail hear that telltale, "zzzzznnnnngggggg" of the external brake ratchet as the cable is spooled in at a bazillion miles an hour, you know there's an 8274 at work and that person behind the controller is a discerning individual who knows their winching gear.

Although it's true Warn doesn't sell the same volume of 8274 winches as other value-oriented offerings, the mere fact that it recognizes what a stunning piece of history it is and sees value in continuing its existence is a testament to the company's roots in the real-world off-roading. To us, it's very similar to Jeep refusing to ditch the solid axles under the Wrangler. The M8274 is built at the Warn factory in Clackamas, Oregon, right here in the USA. It's an expensive winch to build and uses very high-quality components. As such, it fetches a high price tag, but when you consider its longevity, an M8274 will be the last winch you need to purchase. And now with its higher 10,000-pound rating, it'll work on virtually any vehicle short of a fully built heavy-duty pickup; it's an investment we'd be more than willing to make.

- OF
By Christian Hazel
69 Articles