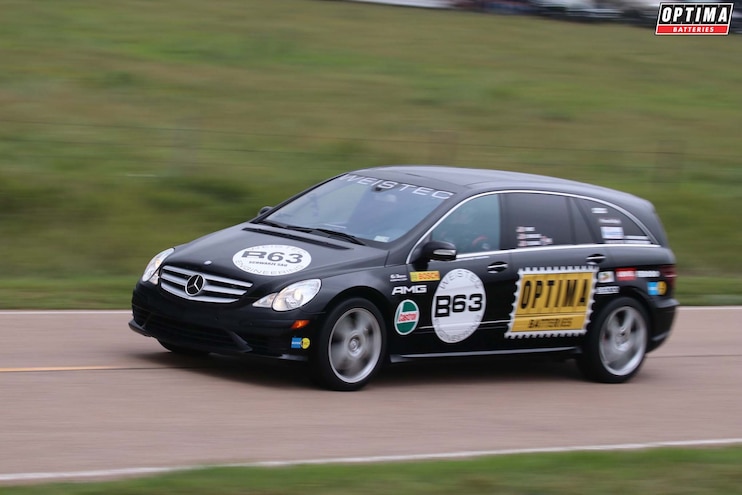 There's seriously a world record for everything, and Tanner Foust just set one for the world's fastest street-legal minivan. The attempt took place at the Sandhills Open Road Challenge on August 7, 2020. Located in Arnold, Nebraska, this event boasts a 55-mile, rally-style, open-road race through the scenic hill country.
Foust drove the specially prepared Mercedes-Benz R63 AMG to record-setting speed of 165.5 mph in the standing mile. From the factory, these hot-rod minivans were equipped with a 6.2L V-8 engine that made 507 hp and 465 lb-ft of torque. They were said to run from 0 to 60 mph in just 4.6 seconds and were limited to 155 mph.
"I've raced in all types of cars but never a minivan," said Foust, a four-time X Games gold medalist for RallyCross and Gymkhana and a two-time Formula Drift champion. "I can't wait to get out there and prove that minivans can burn some serious rubber, too. I'm bringing my full book of dad jokes for this ride!" 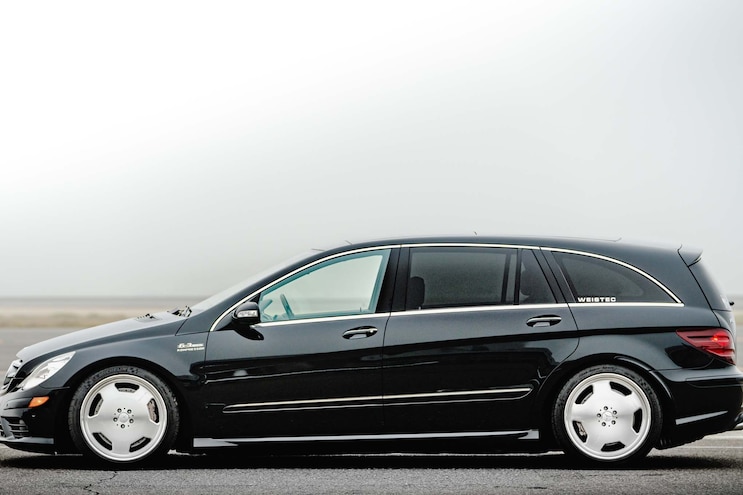 View Photo Gallery | 3 Photos
Photo 2/3   |   003 Worlds Fastest Minivan 2007 Mercedes Benz Amg R63
Finding one these days can be quite the task, as Mercedes-Benz only produced about 200 of them and only for the 2007 model year. Weistec Engineering fitted the R63 that Tanner drove to the record with a supercharger, head studs, SLS valve lifter buckets, an intercooler, upgraded exhaust, Brembo brakes, a suspension lowering kit, and 21-inch Monoblock-style wheels, among other things. All told, the minivan has about $63,000 worth of modifications done to it. However, it also still rocks a full interior and weighs north of 5,300 pounds.
New, the 2007 R63 sold for $91,915 from Mercedes-Benz of West Covina, California. It was then sold on auction site BringATrailer.com in 2018 with only 2,000 miles on the odometer. It went up for auction again in March 2020, again on BringATrailer.com, where it was bid up to $70,000 but failed to meet the reserve. 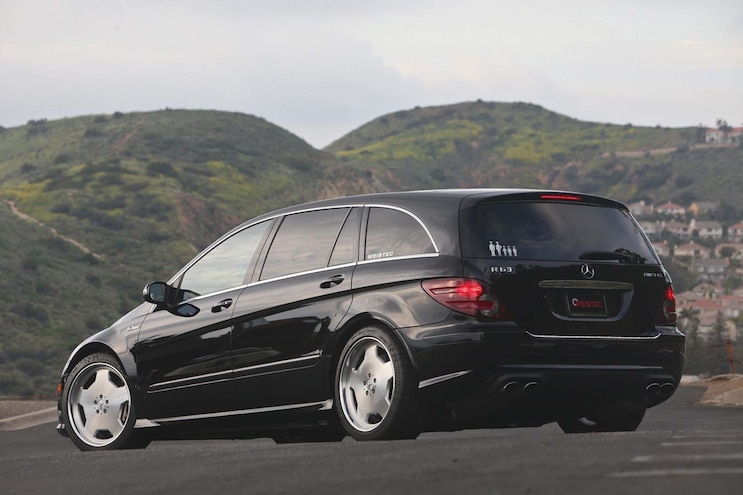