Towing and Hauling with the Best Trucks in the World 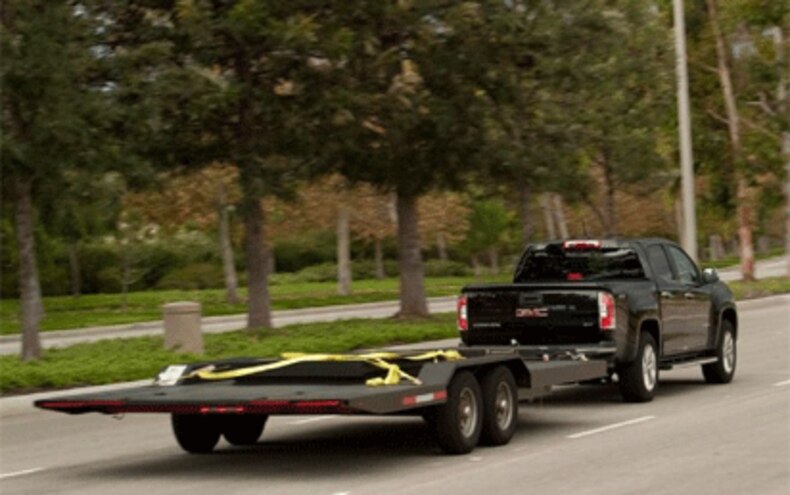 Our inaugural Pickup Truck of the Year competition is progressing nicely. Day two was dedicated primarily to gathering driving impressions of each of the trucks while towing and hauling a payload. This meant loading and unloading up to 7500 pounds’ worth of rubber mats by our team, and now that the day is over, our knuckles and knees are sore!
Each of our trucks was loaded with a payload: 500 pounds for the Chevrolet Colorado, GMC Canyon, and Toyota Tacoma TRD Pro; 1000 pounds for the Ford F-150, Chevrolet Silverado High Country, Ram 2500 Power Wagon, and Toyota Tundra TRD Pro; and 1500 pounds for the Ford F-350 and GMC Sierra 2500HD. Then, our competition judges drove each truck on a loop that included some traffic, hilly terrain, and wide-open stretches of 55-mph road. We gathered driving impressions and shuffled the trucks around until all of us had a fair shot. 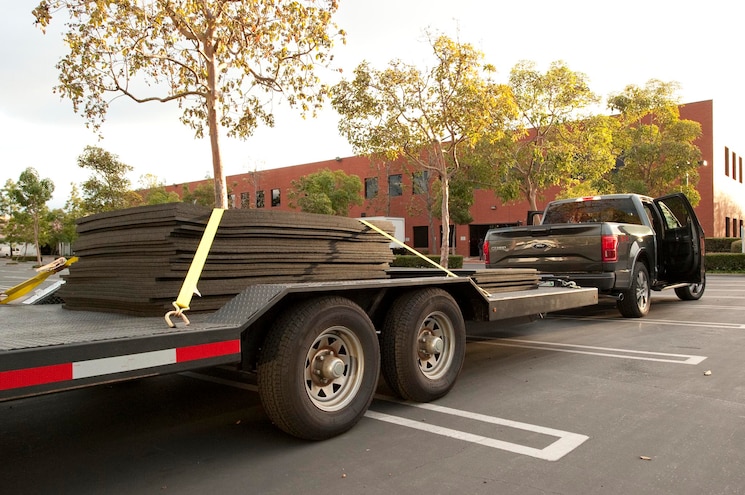 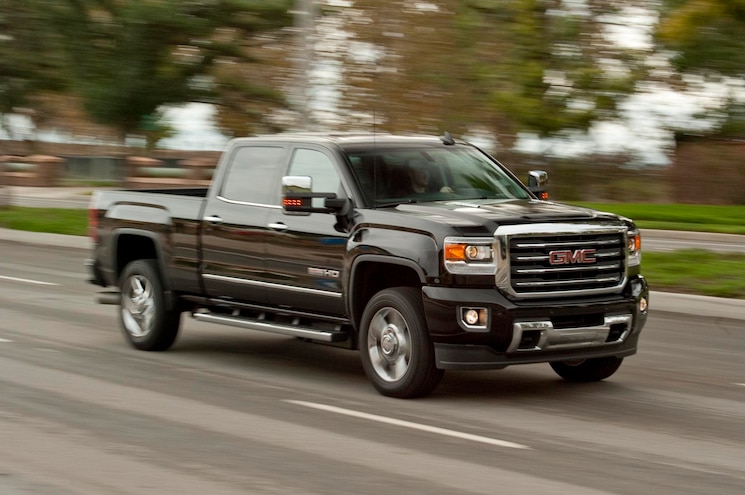 View Photo Gallery | 7 Photos
Photo 3/7   |   2015 GMC Sierra 2500HD Payload
The same loop was used for towing, which we tested using our 19-foot, 3,560-pound flatbed trailer. The rubber mats we used for payload came into play again, with total towing weight ranging from 4,560 pounds (Chevrolet Colorado/GMC Canyon) to 11,060 pounds (Ford F-350). Each truck was hitched to a trailer that weighed as close to 75 percent of its maximum towing capacity as we could get using our 100-pound mats, and again, each driver had a chance with each truck. Unfortunately, our Tacoma had to sit this test out, as it was not equipped with a trailer hitch.
As you can see, with different payloads and trailer weights, this isn’t an apples-to-apples comparison. Instead, we tried to evaluate how well each truck lived up to our expectations, and how well each truck fared compared to its competitive set. It was a long, grueling day, but at the end, we learned that almost all of these trucks can tow or haul a reasonable load very well. Some were better than others, but none were truly bad at doing work.
Stay tuned for more updates all week on Facebook, Twitter, and Instagram, and you can track the posts from our editors using the hashtag #PTOTY2015. 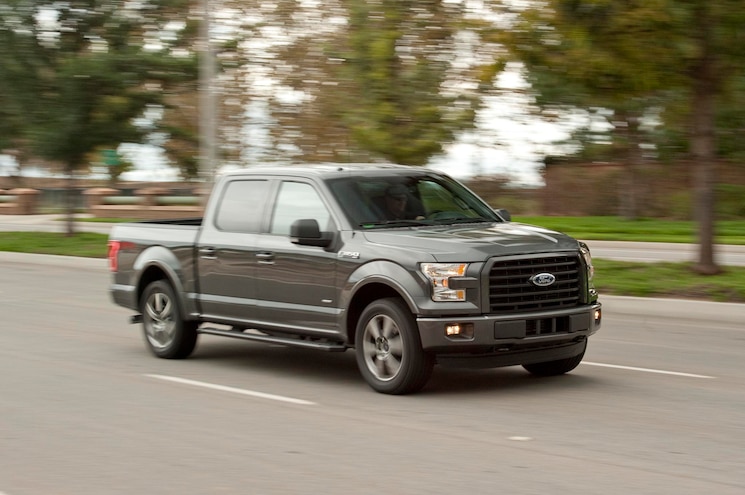