Getting Dirty With Our Fleet of Pickups 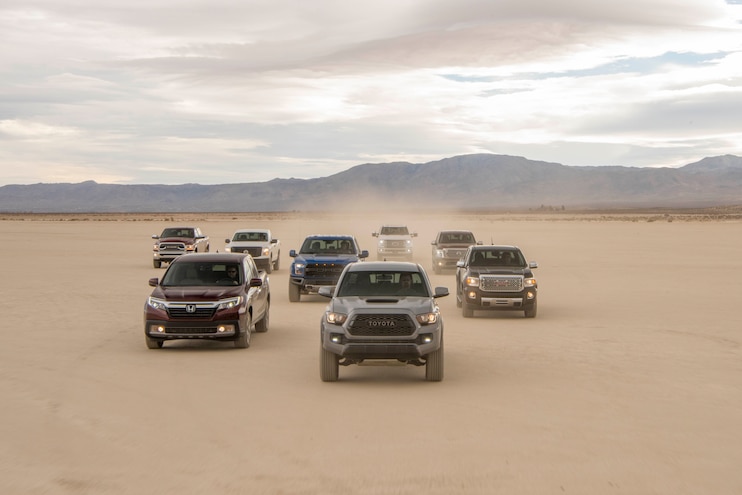 The penultimate day of our 2017 Pickup Truck of the Year testing took us to some of the most beautiful parts of Southern California for some scenic off-roading and photography. Once arriving at our destination, we set up a home base at the Truck Trend Network’s Nissan NV2500 cargo van, then divvied up the keys for a full day of exploring, both the landscape and our vehicles’ limits.
Predictably, the off-road specials in the group did exceptionally well. With loads of suspension travel, a stonking-good twin-turbo V-6 engine, and sophisticated traction aids, the 2017 Ford F-150 Raptor was a lot of fun to open up on some of the wider stretches of trail. Surprisingly, the smaller, simpler 2017 Toyota Tacoma TRD Pro was nearly as good as the Raptor at high-speed desert driving, although it was clear we were barely touching the Raptor’s limits, while the Tacoma felt like it was working pretty hard. 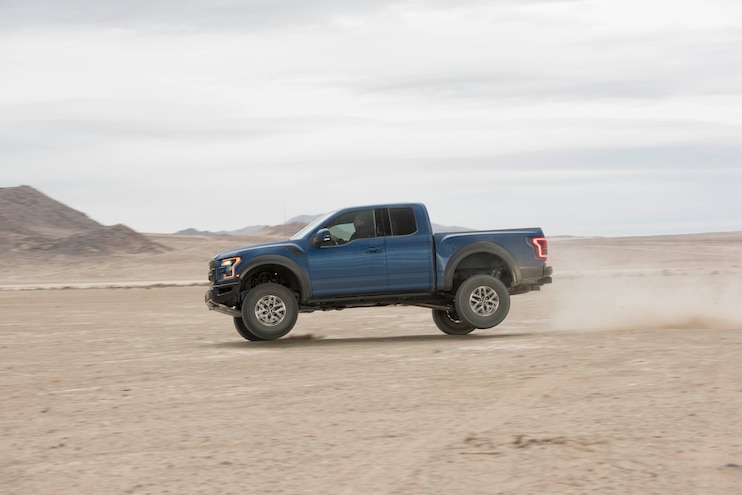 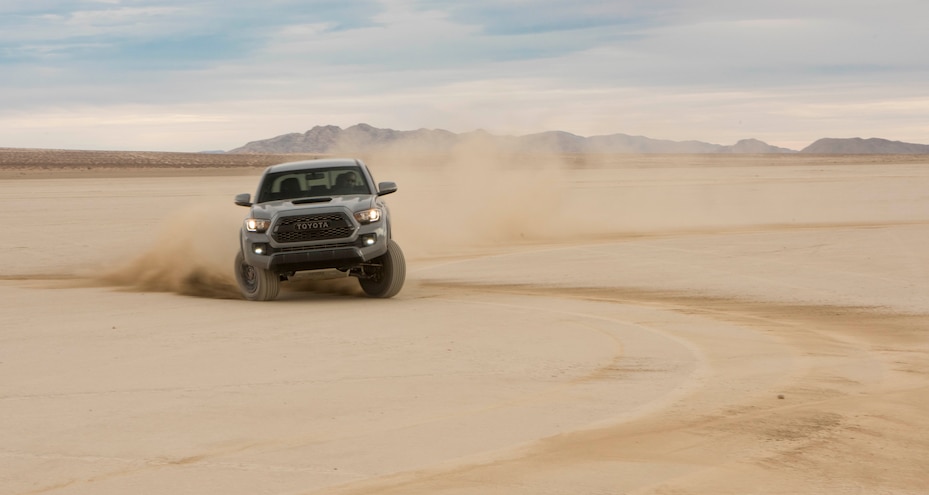 View Photo Gallery | 9 Photos
Photo 3/9   |   108 2017 Pickup Truck Of The Year Day 4
One surprise was found in the 2017 Ram 2500 Off-Road. Its heavy-duty suspension was much more composed over obstacles, allowing for a good amount of wheel travel. Its torque-rich Cummins turbodiesel I-6 made easy work of steep hills and rocks, allowing us to pin the throttle at a set position and allow the engine to crawl its way up. 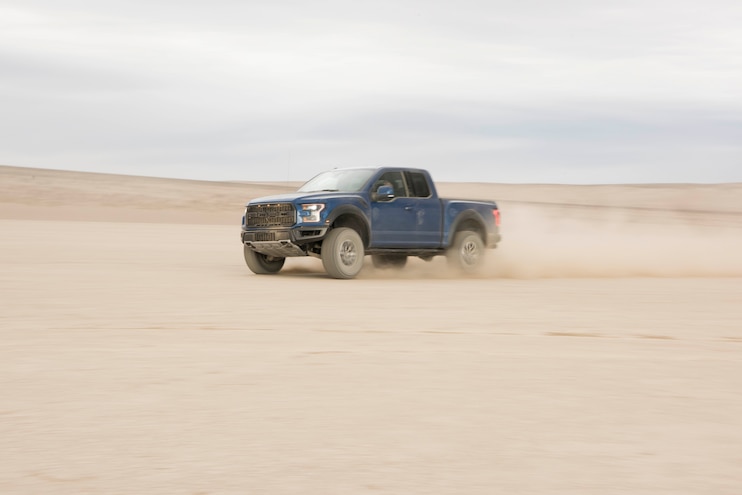 View Photo Gallery | 9 Photos
Photo 4/9   |   101 2017 Pickup Truck Of The Year Day 4
Another shocker? The Honda Ridgeline’s Intelligent Traction Management allows for a decent amount of drift and slip, turning this all-wheel-drive pickup into a bona fide family rally car. We all had a good time behind the wheel of this unconventional truck, and it dispatched even some mild rock crawling with aplomb. 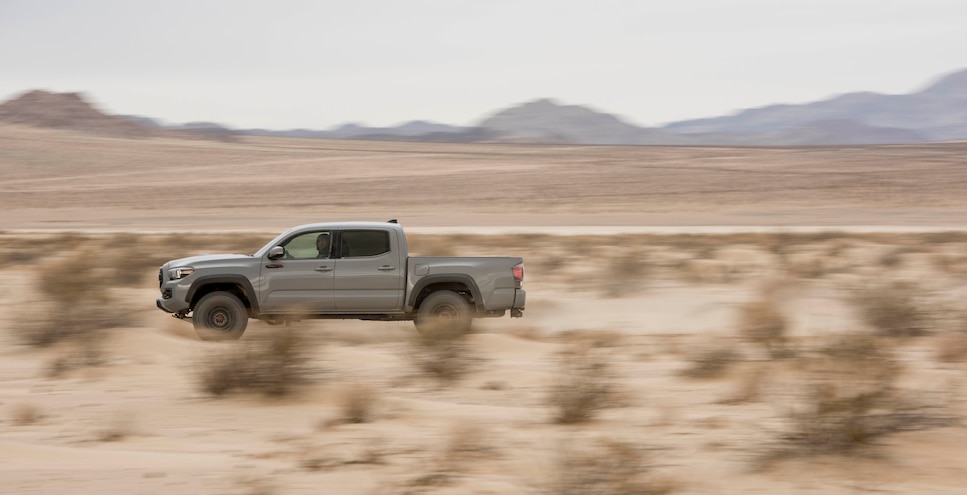 View Photo Gallery | 9 Photos
Photo 5/9   |   103 2017 Pickup Truck Of The Year Day 4
The Nissan Titan and Titan XD’s burly 5.6L V-8s made great sounds when tearing across the desert floor, the GMC Canyon Denali’s handsome styling looked even better out in the muck, and the Ford F-250 Super Duty’s stupendous visibility made for easy off-roading. We could have stayed out playing with these big toys for hours, but with rain on the horizon, we hot-shoed it to our stop for the night, arriving at the hotel just minutes before the skies opened up to sleet and rain. Should make for a muddy Day Five!